On a recent rainy afternoon, a panel featuring a mixture of hip young creatives took place at YouTube’s Manhattan studio space. The topic of discussion? Podcasting. Organized by New York-based podcast hosting platform Simplecast, the event drew a crowd of young creators with a hunger to learn how to produce and distribute their own podcasts.

In case you’ve been living under a rock, we’re currently experiencing “the golden age of podcasting.” The timing of the current boom of spoken word audio content is no coincidence, and the industry behind it is seeing tremendous growth.

In fact, 2018 saw the podcast industry’s biggest revenue log to date. It was also the year that podcasting attained a 50 percent reach, according to the latest Edison Research data. Americans are now spending more than 16 hours a week listening to non-musical audio content, and so the podcasting industry is in full throttle.

“The biggest driver of podcast growth is more people having smartphones and data plans that allow them to download podcasts,” Amanda McLoughlin, CEO of NYC-based podcast collective and consultancy Multitude, told Observer.

Indeed, the popularity of data-powered devices, along with the boost from crowdfunding platforms Patreon and Kickstarter offering creators different revenue models, is what helped audio’s meteoric rise. Even Apple, which is credited with launching podcasts 15 years ago, is reportedly bringing podcasts to the web in order to entice a wider listenership.

From independent creators taking things into their own hands, to dedicated startups releasing their own production tools to help with the much-discussed discoverability: here’s what the future of the monetized-podcasting boom looks like.

What Audio-Focused Companies Are Doing for the Industry

Arguably the biggest complaints about audio content is the confusing rabbit hole listeners are forced down when it comes to discovering new things to binge on. If you’ve ever tried pointing your friends to a funny tidbit of your favorite podcast, you know the pain of audio share-ability.

“With podcasts, we have the ability to write a new model for how creators are supported for content,” Brad Smith, founder and CEO of Simplecast, told Observer.

Last month, Simplecast launched its new plans to give creators tools to help grow their podcasts. One of the features is a clipping tool called Recast, aimed at helping creators and their listeners “to easily clip and share customized audiograms of their favorite podcast on social media,” the company states.

“The everyday creator doesn’t see how or who their listeners are,” Smith explained, noting that the only analytics available to podcasters thus far have been download rates. The new tool also help podcast producers see how their audio files are being used. “These plans at $15 a month for the hobbyists who haven’t jumped all the way into podcasting, with the tiered plans reflecting their needs, including data gathering that they may need down the line,” Smith said.

As one of Apple’s select Podcast Partners, Simplecast just raised a $5 million Series A, which the company plans to use for investing in more creator tools.

Back at the Simplecast panel, one of the top questions fielded from the audience was: How does one go about monetizing podcasts once they’re off the ground?

Dan Misener, head of audience development at podcast production studio Pacific Content, told Observer that the key for creators is to think outside the traditional advertising box. Of course that starts with attracting listeners by offering a distinctive voice amidst the sea of shows out there.

“For producers, the challenge is cutting through the noise,” Misener explained. “The need to differentiate yourself and offer something that is truly unique has never been stronger.” From there, if they choose to do so, creators can then use the host of up-and-coming tools to earn an income from their audio content.

McLoughlin, who hosts a weekly mythology podcast over cocktails, agrees. The podcaster says that whether or not you’re earning money with your podcast now, or if you even want to at all, is besides the point.

McLoughlin explained that as the literal voice of your own product, producing or hosting a podcast is also about taking taking full ownership of the content. “Creators need to remember that while platforms and investors are duking it out, we’re doing the real work that powers this medium: forging relationships with listeners using stories we care about,” she said.

“What I would like to see happen is a greater diversity of business models,” he said. “When you boil it down, there aren’t many other ways for creators to support podcasts beyond selling merch, putting on live shows or launching a Patreon.”

“One of the great things about podcasting for listeners is there has never been a better time or more choice for listeners. There are so many super high quality shows on every conceivable area of topics,” Misener explained. This has helped ignite a war in Silicon Valley in hopes of cashing in on the current podcasting boom.

With millions in venture capital and celebrity hosts attached, some startup networks are aiming to become the Netflix of podcasting. Take for example, the recently-launched Luminary, which raised $100 million to offer subscription-based shows from the likes of Lena Dunham, Trevor Noah and Malcom Gladwell.

But the backlash against podcast networks has already begun, even before they’ve had a chance to prove their worth to both creators and listeners. Gimlet Media, the Brooklyn-based podcast startup recently acquired by Spotify, is embroiled in a union-busting scandal involving its employees. Then, there is the issue of diversity, which networks promise to bring to the news publication-dominated scene, but have rarely done so.

“Networks aren’t investing enough in innovative shows and up-and-coming producers. So many network-backed shows are safe plays intended to maximize downloads or get adapted into a TV show,” McLoughlin said.

She went on to argue that these well-funded startups have the resources “to make big moves, take risks on new talent and diversify the medium for the better.” With thousands of podcast producers out there hoping to have the chance to get their voices heard, there’s an opportunity to make shows that change listeners’ lives daily, she said. “I hope big companies take chances on them.”

So What Will the Future of Podcasts Look Like?

Since the NPR blockbuster investigative hit Serial’s launch, the podcasting industry has begun to see more attempts at making shows focused on the human experience. This is why the current boom—which encompasses productions on historical events, true crime and investigative reporting—has seen a rise in popularity, says Myke Hurley, the founder of UK-based indie podcasting platform Relay FM.

As podcasting has become both more mainstream and more ambitious for many, it’s become easier to reach a wider audience. “However, podcasting still has a niche feeling to it,” Hurley said. “You can find a podcast about whatever you want—the choice is endless. So once people find their list of shows, they get hooked to them.”

This intimate atmosphere, built on the backs of independent podcasters looking to connect with listeners, is what will help propel it further into the mainstream. While the industry races to find new ways to profit, and thus survive, concerns about a “podcasting bubble” are eminent.

“The current moment we’re in is seeing wider industries discovering what podcasting is all about,” Hurley said. “I don’t imagine all of a sudden podcasting failing. I think we’ll get to a level where the interest will flatten out a bit, and it’ll become a norm.”

Right now, many entities are starting podcasts “just because they think they should,” McLoughlin said. As a host herself, she finds audio to be enduring, with roots dating back to the heyday of spoken word radio.

As she puts it: “Podcasting may be getting more trendy, but if we treat it right, this medium will remain timeless.” 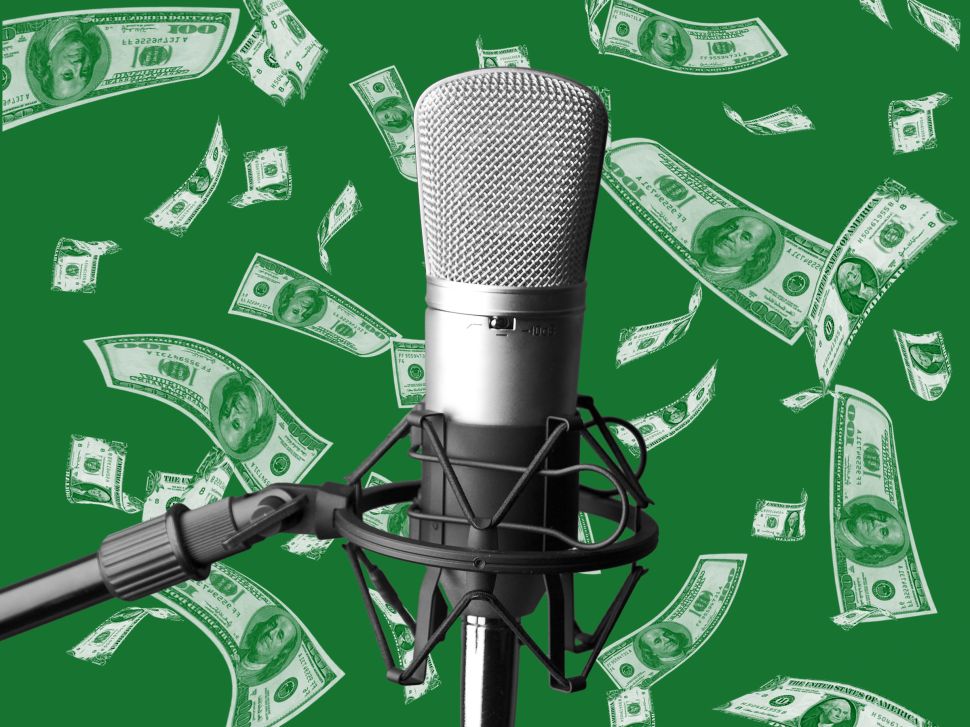