Meghan Markle is currently on her maternity leave, awaiting the arrival of Baby Sussex any day now. But the Duchess of Sussex isn’t just hanging around in Frogmore Cottage. In fact, she and Prince Harry are already in planning mode for their next big trip.

The couple are reportedly in the first stages of organizing an official royal tour of Africa, according to the Sunday edition of The Times. This comes amid rumors that the Duke and Duchess of Sussex are thinking about a months-long stay in Africa in the next few years, so perhaps this two-week journey is a trial run.

This would be Baby Sussex’s first overseas trip, and a fitting one at that—Prince Harry and Meghan have discussed their connection to Africa and Botswana in particular, which is where they traveled together in 2017, before their engagement. Buckingham Palace has not confirmed this royal tour, though it did tell CNN that “any official visits or tours undertaken by any members of the royal family are announced in the usual way.” That doesn’t sound like a denial at least.

The trip would involve visits to many of the 19 Commonwealth nations in Africa, and per The Times, it would center around causes like youth empowerment, education and conservation.

The Sussexes hope to bring along the infant for at least some of the trip, but will come to a final decision closer to the time of the actual tour. After all, the little Sussex will be only around 6 months old then—that’s even younger than Prince George was when Prince William and Kate Middleton brought their 8-month-old on their royal tour of Australia back in 2014.

Perhaps this is why the Duke and Duchess of Sussex are reportedly delaying their tour of the United States and Canada from the fall of 2019 until sometime in 2020. No matter—surely the family of three will make their way stateside at some point soon. After all, the baby could potentially have dual British and United States citizenship, if Meghan doesn’t give up her U.S. citizenship in the short time left before she welcomes her first child. 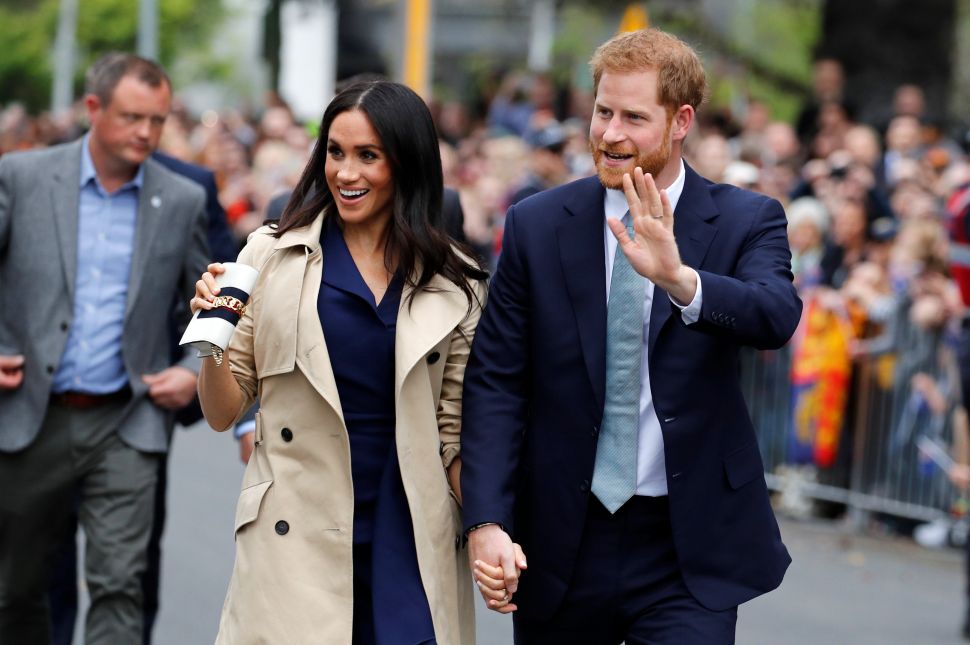