Now that Prince Harry and Meghan Markle are all moved into Frogmore Cottage, they’re in full nesting mode. The Duke and Duchess of Sussex’s relocation to Windsor has been planned for months, but it was delayed due to the couple changing their minds about a few of the details along the way. No matter—they made it to Frogmore before the arrival of the royal baby, and now have a ton of decorating to do. The good news is that they’ve brought in the big guns to help.

Meghan took full control of the renovation and decorating process, and it was reported that she was employing Soho House designer Vicky Charles to contribute, but according to the Mirror, the Duchess of Sussex is actually working with a different British Vicky on her home, which is already decked out with a floating-floor yoga room, vegan nursery and high-tech gadgets.

Meghan has reportedly been chatting with Victoria Beckham about the cottage’s interiors. The former Spice Girl was a guest at the Duke and Duchess of Sussex’s wedding last year, and while she didn’t end up designing Meghan’s wedding dress, the Duchess of Sussex has donned her friend’s creations since becoming a royal.

We’re not convinced that means Prince Harry and Meghan have entirely shunned the services of Charles & Co., as David and Victoria Beckham have actually been clients of the company. Perhaps the Sussexes were taken with the Beckham’s aesthetic when they were neighbors in the Cotswolds—Posh and Becks own a house on the Great Tew Estate, where Prince Harry and Meghan were previously leasing a home.

Meghan wants to make her new royal residence as homey as possible, and has added framed photos of friends and family throughout it. The Mirror claims she has brought some of her own art from her old place in Toronto, where she lived while filming her show Suits, over to Windsor. Additionally, the couple has been gifted priceless pieces from Queen Elizabeth’s royal art collection for the property.

The Duke and Duchess of Sussex reportedly already hosted their first guest at the property—Meghan’s pal and makeup artist Daniel Martin, who previously visited the duo at Kensington Palace for some avocado toast. Perhaps a housewarming party is next on the agenda. Surely the Beckhams have already received their invite. 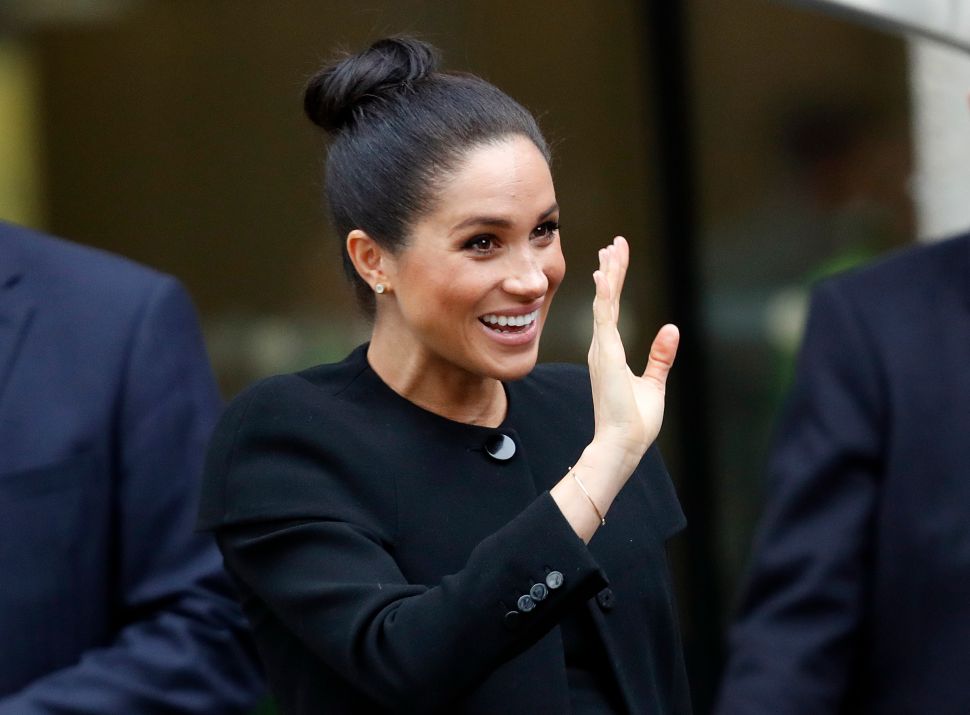