It’s been barely a month since Prince Harry and Meghan Markle moved into Frogmore Cottage, but they’ve already welcomed many a royal at the home. We knew that the Duke and Duchess of Sussex, who are now awaiting the imminent arrival of their first child, hosted Prince William and Kate Middleton at their new abode, as the Duke and Duchess of Cambridge popped over on Easter after the church service at St. George’s Chapel at Windsor, which Meghan wasn’t able to attend.

But it turns out that Prince William and Kate weren’t the first royals to visit the plushly renovated and meticulously decorated Frogmore Cottage. That honor went to none other than Queen Elizabeth, who stopped by the Sussexes’ home, reports royal correspondent Emily Andrews in The Sun.

Queen Elizabeth wanted to “formally welcome the Sussexes to their new home,” which makes sense given that she was already at Windsor Castle for the Easter holiday and she gave the place as a gift to the couple. Perhaps she also wanted to see how they had arranged the priceless works of art she passed down to them as a housewarming present (and check out the vegan nursery and yoga room).

Surely, Prince Harry and Meghan were the ultimate hosts as they showed the monarch around. We do wonder what they served the Queen—maybe Meghan made some avocado toast or whipped up a dish incorporating some vegetables from her new garden.

Despite being on maternity leave, Meghan has been quite the hostess. Other Frogmore guests have included Zara and Mike Tindall as well as Peter and Autumn Phillips, in addition to her longtime makeup artist, Daniel Martin. Then, of course, there’s Meghan’s mom, Doria Ragland, who has her own suite at the home and has temporarily moved in to help prepare for the arrival of Baby Sussex.

Prince Harry and Meghan might not be at the cottage quite as often in the future—it sounds like they have some big journeys ahead of them, with trips planned to Africa and eventually the United States. Baby Sussex will be along for the ride. 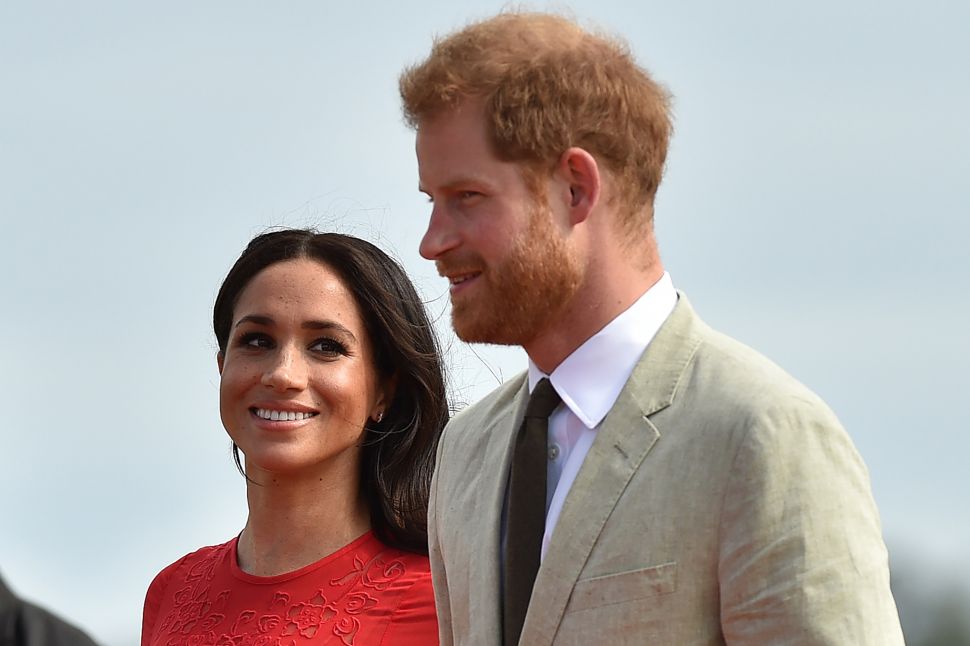