It has been a busy few days for the Duke and Duchess of Sussex. Not only do Prince Harry and Meghan Markle have their very own, brand-new (and record-breaking) personal Instagram account, but the couple has, at long last, moved into Frogmore Cottage.

The plan to relocate to Windsor was announced back in November, but the Sussexes’ many renovations and specifications reportedly forced them to push back the date a tad—they had hoped to be all settled in late last month. Perhaps now that Prince Harry and Meghan have their own household, separate from Prince William and Kate Middleton, their private new Hillary Clinton–approved staff was able to help hurry along the whole process.

Prince Harry and Meghan went all out with a major overhaul of Frogmore, creating their dream nursery and a gym, and adding both tech-savvy and eco-friendly features, plus new bedrooms—for the little Sussex and any visitors. It all sounds very Pinterest-friendly, with its vegan paint and yoga studio.

Kensington Palace previously stated that Windsor, where Prince Harry and Meghan hosted their wedding reception, was a “very special place” for the couple, though it has also been reported that Prince Harry was especially eager to leave London and “escape the fishbowl” that comes with living there.

Frogmore Cottage is about an hour away from KP, and Windsor’s more relaxed, private atmosphere was especially appealing to the couple because they see it as an ideal place to raise their children, as royal commentator Omid Scobie told Good Morning America. The Sussexes aren’t planning to move back to Kensington Palace anytime soon, as apparently they find the more secluded, safe environment to be a “lifetime investment,” and not a temporary situation.

Now that Prince Harry and Meghan are all unpacked, it’s only a matter of time before the royal baby arrives. Meghan’s due date is believed to be in April or early May. Time to get in on that baby-name betting pool! 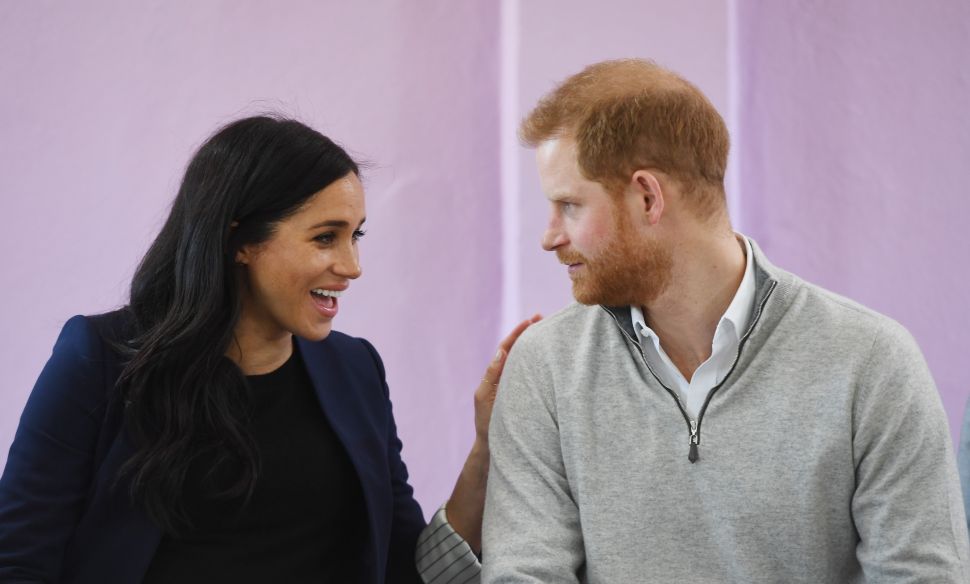