It’s a good thing Meghan Markle went all out for her last visit to the United States, when she threw her baby-shower extravaganza at the Mark—because it looks like she won’t be back for a while. While Prince Harry and Meghan have been thinking about an upcoming North American royal tour for some time, they’re delaying it once again.

The Duke and Duchess of Sussex were originally rumored to be taking a trip to the United States and Canada that would have taken place right about now, but the couple ended up delaying it after announcing they were expecting their first child. By late last year, it was reported that the royal tour would take place sometime in the fall of 2019 and that there would be a special guest, also known as baby Sussex, who should be arriving any day now. Alas, it’s looking like the Sussexes won’t be coming stateside at all this year.

According to Vanity Fair’s royal correspondent Katie Nicholl, Prince Harry and Meghan aren’t expected to travel overseas in 2019. Those involved in helping out with the Canada portion of the trip have told her that the whole visit has been put on pause for now, and a palace source said, “We have been told that there won’t be any overseas travel before the end of the year because Baby Sussex will be too young.”

The Sussexes are still hoping to plan a large North American royal tour at some point, but are apparently nervous about embarking on the big trip with an infant in tow. Perhaps 2020 is the year the royals make their way across the pond, but for now, they’re in full nesting mode at Frogmore Cottage.

The Duke and Duchess of Sussex will still be leaving their international footprint, however, and that includes a number of trips to Africa, though those will reportedly be shorter jaunts rather than a years-long relocation. And while they have postponed their journey here, Meghan reportedly wants to return to her royal duties as soon as possible after her three-month maternity leave. 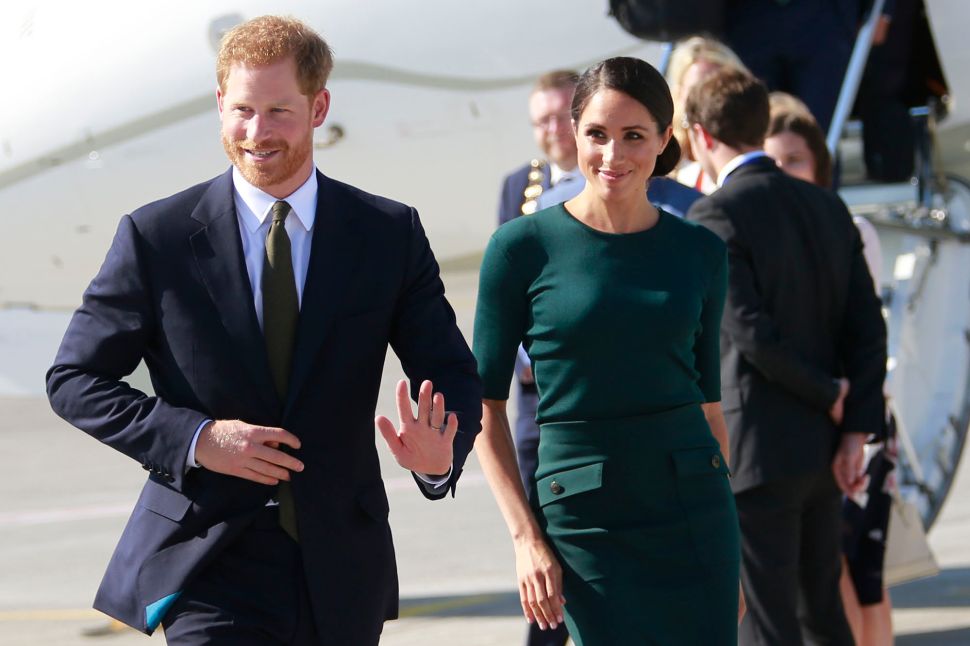