It’s time to explore the evolution of the “Right to Try” movement. Originally presented as a way for desperately ill patients to gain access to developmental medicines outside of the Food and Drug Administration (FDA) process, Right to Try laws have proven to be a dud. After all the fuss and bother by politicians and pundits, the number of patients receiving treatment via this new pathway can be counted on the fingers of one hand—with enough fingers left to type this commentary.

To sum it up, the Right to Try movement is failing because it is based on four fallacies.

Fallacy No. 1: The FDA Was a Bottleneck to Patients Seeking Experimental Treatment

Many have blamed the FDA for impeding patients’ searches for experimental treatment options, but the facts speak otherwise. Over the last five years, the FDA has authorized more than 9,000 applications across drugs, biologics and devices through the agency’s Expanded Access program. Furthermore, the agency has authorized approximately 99 percent of all the requests received, across all application types.

The fact that the FDA’s volume of Expanded Access applications has increased since the passage of state and federal Right to Try legislation speaks to the robustness of the agency’s program and the importance of the Right to Try concept. However, it isn’t a tremendous leap of faith to say that it’s been mainly media attention that has helped communicate to patients, caregivers and physicians this better, speedier FDA pathway.

Fallacy No. 2: Right to Try Means Drug Developers Are Required to Provide Their Medicines to Patients Upon Request

According to Senator Ron Johnson (R-Wis.), one of the prime forces behind the federal Right to Try Act, “Patients with terminal diseases ought to have a right to access treatments that have demonstrated a level of safety and could potentially save their lives.” Fine words, but this isn’t what the actual legislation calls for; drug developers can accept or deny a request under Right to Try laws for any reason. “Right to Ask” doesn’t have the same rhetorical resonance, but that’s the reality.

Right to Try also doesn’t mean patients have the right to try—for free. While, the FDA limits what can be charged for an experimental medicine (raw materials, labor and non-reusable supplies and equipment needed to make the quantity of drug required for the patient’s use—or costs to acquire the drug from another manufacturing source, plus shipping and handling), Right to Try allows pricing to be a potential profit center.

Claiming to facilitate access isn’t hope. It’s false hope. It’s cruel. In January 2008, the U.S. Supreme Court, without comment, opted not to accept an appeal of Abigail Alliance for Better Access to Developmental Drugs v. von Eschenbach. In other words, the federal appeals court ruling that patients do not have a constitutional right to experimental drugs stands.

Not clarifying that Right to Try laws aren’t a “guarantee” of access is, at best, an unfortunate oversight. At worst, it’s a lie perpetrated by FDA-bashers to further their broader counter-regulatory agenda. For shame. False hope won’t help convince payers (both public and private) to reimburse for experimental treatments acquired through Right to Try. There is no rationale for a “hope placebo,” and divine intervention falls outside of legislative or regulatory authorities and is not likely to result in a more compassionate reimbursement philosophy.

Fallacy No. 4: Access to Experimental Medicine Is Only About an Individual Patient

By far the most daunting of the four fallacies, Right to Try laws aren’t specifically concerned with an individual patient’s unique situation. Couched in the language of personal rights and liberties, the Right to Try movement, and such legislation, never once mentions the value of the evidence derived from patients using experimental medicines outside of their FDA-vetted registration trials. This is crucial. Whether or not any one patient achieves a successful therapeutic outcome via such access, it’s critical to capture the data from all patients. Knowledge is power, and nowhere is this truer than in how desperately ill patients respond to experimental medicines. Data counts. To paraphrase the management guru Peter Drucker, the information revolution will shift from the generation of data to figuring out the meaning and purpose of the data with the patient’s perspective in mind.

As Patty Delaney, the former director of the FDA’s cancer liaison program explained in 2007, “The patient has a right to be heard, but in the end, it’s the data that matters. FDA opinions about safety and efficacy are always based on data.”

The debate over access to experimental medicines must continue to evolve from Right to Try to the right way to try. Hope must be facilitated. Science must be the pathway. Politics and posturing must be ignored. Reality must be acknowledged. As science fiction author Philip Dick reminds us, “Reality is that which, when you stop believing in it, doesn’t go away.”

Peter J. Pitts, a former FDA associate commissioner, is president of the Center for Medicine in the Public Interest and a visiting professor the University of Paris Descartes Medical School. 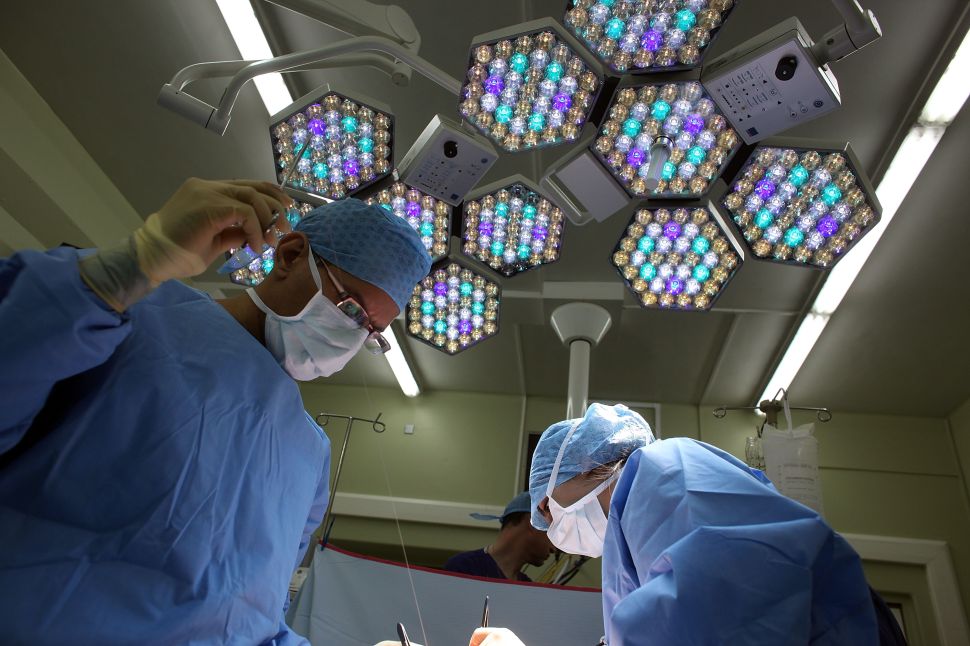