Even before the crowds descend and the booths bearing prestigious gallery names from all over the world are declared open for business, the Dallas Art Fair had some grand gestures to make. On Wednesday evening, under an endless Texas sky that evoked the opening credits of Friday Night Lights, patrons, collectors and dealers congregated to celebrate the grand opening of River Bend, a new multipurpose cultural space in the city’s Design District. Already home to Erin Cluley Gallery, And Now gallery, it also houses the Dallas Art Fair’s new exhibition space, 214 Projects, as well as the Dallas Art Fair offices. This hub, a project of real estate developer Brook Partners, is anticipating the growing popularity of the cultural center in which it resides, creating more space for both cultural and commercial ventures.

First, Icelandic artist Egill Sæbjörnsson staged a 30-minute musical odyssey to (where else) Dallas, which starred his carnivorous alter egos: two grumpy and abstracted trolls named Ugh and Boogar. Animated images of the trolls venturing through stunning natural ephemera (Arizona rock formations made a memorable appearance) bled into stock photo cityscapes, all of which were projected onto the walls of one of River Bend’s new units.

In collaboration with the SOLUNA International Music and Arts Festival, the music itself was played by members of the Greater Dallas Youth Orchestra, who unwittingly stole the show. It’s quite a sight to see a cluster of teenage boys exchanging significant glances as they accompany conceptual art with flourishes on the cello and trumpet.

Outside, art enthusiasts in skinny jeans and Stetsons milled around in the River Bend parking lot, drinking cold beer procured from a series of kegs. An elegant woman dressed all in black (except for her bright green running shoes) perched herself expertly on a bit of well-designed landscape and chowed down heartily on some corn. The vibe felt very much like a cookout.

Thirteen counties comprise the Dallas–Fort Worth expanse, rendering it one of the largest metropolitan areas in the Americas. The conversely cozy intimacy of River Bend’s coronation ceremony was no accident. Dallas’ imperative, in addition to touting the Dallas Art Fair as a must-visit for art lovers and contemporary collectors, is to further establish the Design District as a walkable and appealing site of cultural relevance.

The idea is that after the fair ends and the artists return to their studios, 214 Projects will still be there: a repurposed industrial brick and mortar location within which Dallas-based creatives may express themselves.

A 2,500-square-foot permanent gallery space wrapped with 12-foot-high glass windows, 214 Projects announced itself with an exhibition from Belgian artist Emmanuel Van der Auwera called “White Noise.” It is Van der Auwera’s first solo presentation in the United States. Particularly amid the clamour of pomp and circumstance, “White Noise” is marvelous; the artist may have found a way to show surveillance imagery to his audience in a way that feels fresh.

Since we already know we’re being watched all the time, it can be hard to drum up continual fear of that phenomenon, but “White Noise” presents a new perspective. At first glance, Auwera’s canvases are white and blank. Only when you look through propped up panes of glass are the projected video images visible: someone on a busy street corner passing out pamphlets, rendered in military black and white. You know you shouldn’t be watching, but the act of doing so feels pleasurably deliberate. 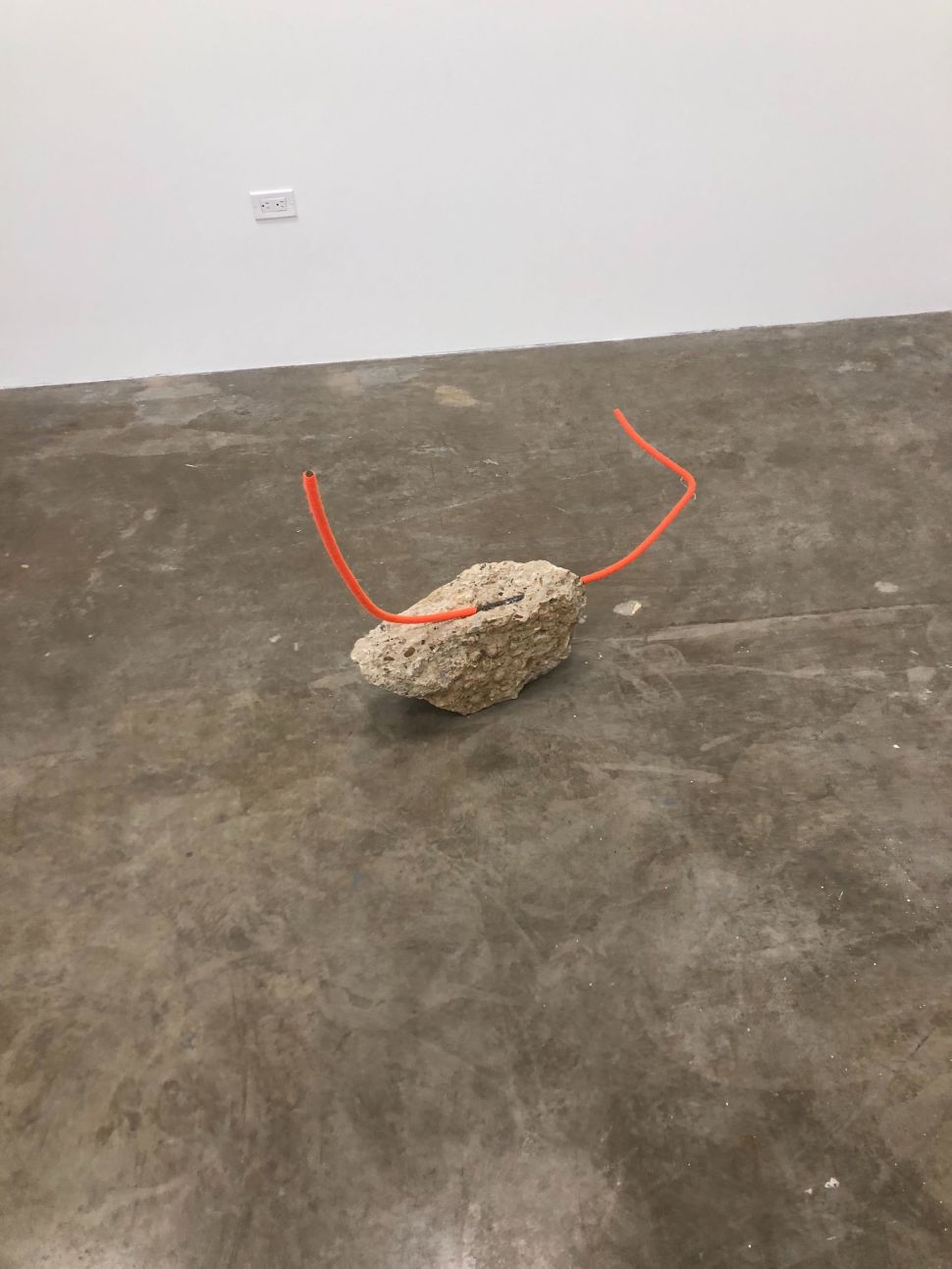