Irish writer Sally Rooney, known for her critically lauded debut novel Conversations With Friends, is back on the literary scene with her sophomore work, Normal People. Released in the U.K. last year and hitting U.S. shelves on April 16, the book follows two teenagers, Marianne and Connell, as they navigate their lives and relationships from high school through university after the economic crash in Ireland. Rooney provides a delightfully frustrating will-they-won’t-they romance between the two, echoing Jane Austen in the way that characters miscommunicate and misinterpret each other’s feelings over and over again until readers want to reach into the pages and throttle them into a resolution.

Since Conversations With Friends was released in 2017, Rooney has enjoyed high praise, numerous prize nominations and been bestowed several awards. She has also been widely described as the first great millennial novelist and by her own editor as “Salinger for the Snapchat generation.”

These monikers seem complimentary on the surface, hailing Rooney for mastering what it means to be a writer in the age of social media, but the longer one sits with the labels, the more they begin to feel back-handed. Particularly, the use of “Snapchat generation” seems to denote some sort of impermanence about Rooney’s work, like it’s a fad that will fade as quickly as a Snap disappears from your phone. Or else, it feels like a criticism of the reader, like our Snapchat-fried brains will only be able to enjoy a novel that is relatively short, light, and punchy—which, in turn, points a finger at Rooney’s prowess.

This idea plays into a broader criticism of millennials: namely, that they aren’t capable of reading “serious” works of literature, instead spending their nights scrolling through Instagram with dead eyes as they fall asleep on the couch for the third time that week. And sure, this may be the reality for some born in Generation Y, but certainly not all of them, and certainly no different from the Gen Xers who stayed up watching TV after work in their twenties instead of dutifully reading Márquez’s One Hundred Years of Solitude or Pynchon’s Gravity’s Rainbow. To think of Rooney’s novel as a Victorian manners novel for a certain type of reader seems to imply that millennials can’t or don’t read Jane Austen, even though they can and do.

Rooney’s Connell is exhibit A of this. He reads Austen’s Emma while at Trinity and remarks that “he’s amused at himself, getting wrapped up in the drama of novels like that. It feels intellectually unserious to concern himself with fictional people marrying one another. But there it is: literature moves him.” It’s right there in the book: a millennial not only reading a great novel, but thinking critically about his relationship to the characters, his relationship to literature, and the relationship between “serious” novels and what it means to be “intellectual.”

Reviewers seem to love talking about Rooney’s work as exemplary of what it means to write in the technological age, touting the fluid way that she weaves text conversations and emails into her novels. And yes, true to form, Marianne does ruminate occasionally on things like why people post grievances on the Facebook walls of dead people. But these conversations of Rooney’s technological literacy seem to overshadow the real heavy lifting that Rooney’s novels are doing. The characters in Normal People are asking big questions about what it means to be human, and these questions don’t feel particularly attached to the technological age. That’s why the narrative conforms so easily to what we recognize as Austenian: because navigating events like falling in love, growing up and finding your place in the world have always been so exquisitely torturous, and continue to be today—even if we happen to also be on Facebook while we’re thinking about it.

Rooney writes effortlessly about the parts of growing up that feel earth-shattering. This is perhaps best encapsulated by Connell hiding his high school relationship with outcast Marianne for fear that everyone will judge him, ruining their relationship in the process and ultimately finding out that everyone knew anyway and no one really cared. Rooney writes, “This was probably the most horrifying thing Eric could have said to him, not because it ended his life, because it didn’t. He knew then that the secret for which he had sacrificed his own happiness and the happiness of another person had been trivial all along, and worthless.” The world that Connell had built up in his head has crashed down around him, and he is left wondering how to pick up the pieces in the aftermath.

Connell’s feelings in and after this passage seem to parallel a quote from Marianne towards the end of the novel: “It was as if her life was over. How long had that feeling lasted? Two weeks, or more? Then it went away, and a certain short chapter of her youth had concluded, and she had survived it, it was done.”

Rooney’s novels are addictive because we recognize ourselves in these moments—how a piece of news can feel like the absolute end of our lives, until it isn’t, and two weeks later we’re sitting at our desks like nothing happened at all. Throughout the novel, Rooney tackles this and other questions, like where to draw the line between love and abuse, or whether or not human life is pointless. To circumscribe these ideas under the fact that Rooney’s characters occasionally mention going on Facebook feels belittling of the big ideas that they’re battling and, in turn, feels belittling of millennials as a whole. In fact, calling Rooney the first great millennial novelist almost feels belittling of her work, too, as though her books are fine for young people but ultimately unserious. Just call her what she is: a great novelist. 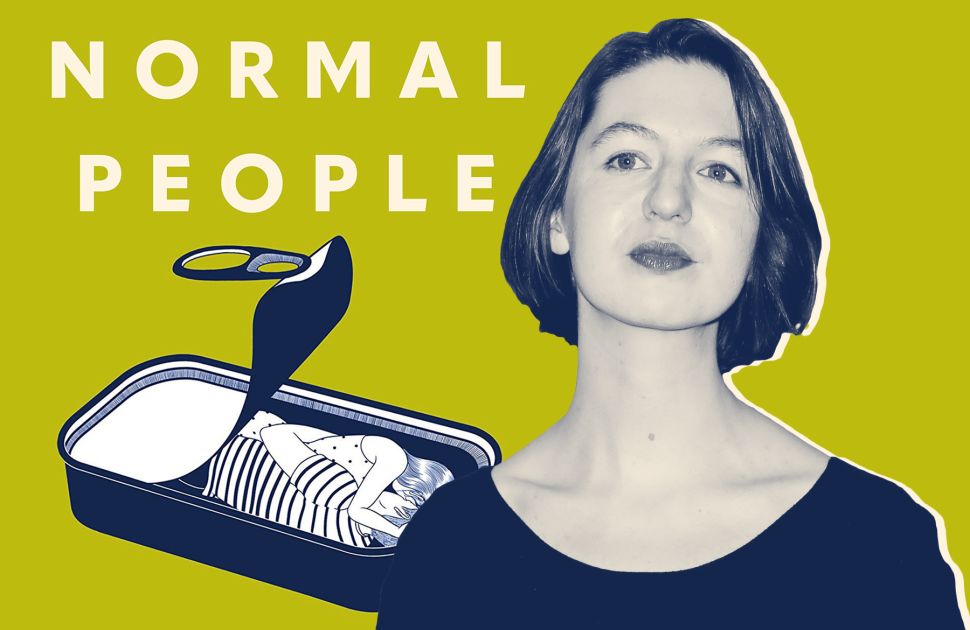