If you compare the list of the world’s 20 largest companies of today with the same list from 10 years ago, you’ll notice is a clear shift of global oil companies losing the top seats to tech companies. However, while the rise of tech giants seems to be near its climax, with Apple becoming the world’s first ever $1 trillion company for a few brief weeks last year, they are still no challenge to the most powerful of the old-money club when business is good.

For example, in 2018, Apple plowed nearly $60 billion in profits, making it the world’s most profitable tech company. (Google’s parent company Alphabet came in a distant second at $30 billion). But, as new documents on Monday revealed, Saudi Arabia’s state-run oil company, Saudi Aramco, profited nearly twice as much as Apple last year, or $111 billion, thanks to global oil price rises in 2018.

That was a 50 percent surge from Aramco’s net income in 2017 and an over 400 percent jump from 2016, the firm disclosed in a bond prospectus for potential investors to evaluate its upcoming debt issuance, through which it plans to raise $10 billion to help fund the acquisition of a stake in Saudi’s national petrochemicals firm, the Saudi Basic Industries Corp.

Although Aramco’s three-year financial figures painted a rosy picture for investors, credit rating firms are concerned about the firm’s heavy reliance on Saudi’s domestic economy and the kingdom’s ruling family. Credit rating agency Moody’s, for instance, issued an A1 rating for Aramco, a notch below that of its peer oil companies, such as Chevron’s Aa2 and Exxon Mobil’s Aaa.

“Aramco is wholly-owned by the state and is expected to remain largely under government ownership even after any potential IPO in the future,” Moody’s senior credit officer Rehan Akbar wrote in a note to clients. “While there is a clear track record of Aramco having been run as a commercially independent company, the government’s budget is highly reliant upon contributions from Aramco in the form of royalties, taxes and dividends.”

Through the upcoming acquisition of Saudi Basic Industries, Aramco will buy a 70 percent stake in the company for $70 billion from the Public Investment Fund, a Saudi sovereign wealth fund that has been used to fund global tech ventures and reportedly manipulate domestic stock markets.

Aramco has hired JPMorgan Chase & Co. and Morgan Stanley to manage the bond issuance. A road show is set to start on Monday in at least eight cities in the U.S., Europe and Asia, The Wall Street Journal reported. 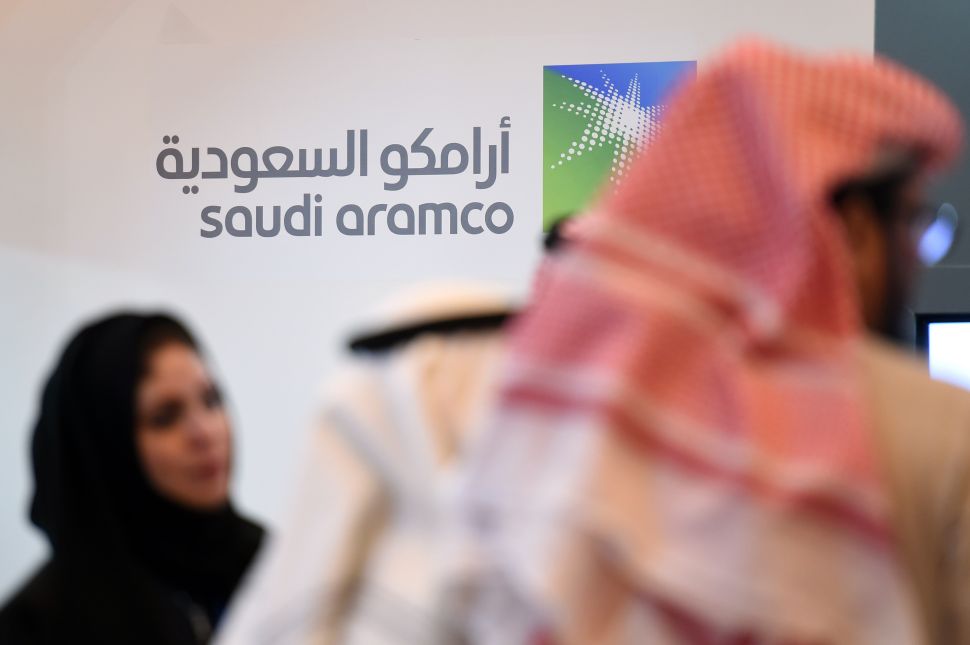