Billy Corben wants to know why Orlando is the shithole of Florida. It’s my fault, honestly. At some point in our discussion about his new documentary Screwball—a rollicking, scam-filled deep dive into the Biogenesis doping scandal that rocked Major League Baseball and derailed Alex Rodriguez’s career—I mentioned that, like Corben, I’m from Florida and then let slip my negative feelings about the city Walt Disney built from a swamp.

The director can’t understand how anyone would choose to live there. “Like, why are you landlocked?” he says. “Why are you in this fake fucking city that Uncle Walt dreamt up?“

“Some of the craziest shit I’ve ever seen was in Orlando. Not even Miami, just Orlando,” he adds, cracking himself up.

Late-night hosts and cheap-trick trolls love to use Florida as America’s punchline and punching bag, but Corben actually has the authoritative license to pull off the jokes. His docs like Cocaine Cowboys and The U, part of ESPN’s 30 for 30 series, ignore Orlando altogether and instead capture Miami in all its sloshy, hedonistic glory—he calls the films “twisted love letters to our hometown.” Though Corben delights in all the mockery Florida opens itself up to, a sincere affection for the place permeates his work in a protective, almost avuncular way.

Which is why the story of Screwball falls right in Corben’s wheelhouse. Back in 2013, the Miami New-Times broke the news that Biogenesis, an anti-aging clinic founded by faux doctor Anthony Bosch, had secretly been supplying professional baseball players with performance-enhancing drugs (PEDs), namely human growth hormone (HGH). The scandal shattered any remaining facade of baseball’s purity as America’s pastime. It also revived indignant criticisms of the MLB’s sanctimonious record keeping, which had started in the ’90s, when Mark McGwire and Sammy Sosa demanded the nation’s attention through their home-run race—made possible because they were juicing the whole time.

But Screwball isn’t about any of that. Not really. Instead, it focuses on the fake-sun-kissed, bacchanalia-chasing Miami clown show that kick-started everything. Bosch not only treated stars like Rodriguez, Manny Ramirez and Melky Cabrera, but also local high school baseball players, Miami-Dade county police and your average South Florida residents who wanted to look good without doing the work. For all of them, HGH was a shortcut to a lifestyle they couldn’t resist.

“What is Florida about? It’s about vanity and sex,” Bosch says in the film. “It was a perfect break for the anti-aging movement.”

Among those who walked into the Biogenesis clinic, located in Coral Gables, was Porter Fischer, who asked Bosch to give him a Sylvester Stallone–style body. The treatment worked, and Fischer, already a true believer in the transformative power of tanning salons, became a Biogenesis evangelist. But Fischer didn’t know Bosch had earned his medical degree in Belize-based Central American Health Sciences University, an institution not recognized in the United States. He also didn’t know Bosch was acquiring HGH illegally, using the prescription pad of his father—a real accredited doctor—and funneling the rest through the black market.

At the same time, Bosch was burning money faster than it came in, feeding his thirst for ostentatious living, which included a $6,000-a-month cocaine habit. Eventually, when Fischer learned Biogenesis was having money trouble, he offered to lend Bosch $4,000. Anyone familiar with scam artists could’ve predicted that this money would never be seen again, but Fischer felt spurned by Bosch’s attempts to weasel his way out of the debt. His scorn rose so high that he stole documents filled with Biogenesis clients’ information and leaked them to the Miami New-Times, bringing the whole operation down.

“It was such an only-in-Miami kind of a thing: the career of the highest-paid baseball player of all time ended over a $4,000 debt between a cocaine-addicted fake doctor and his fake-tan-addicted steroid patient,” Corben says. “Everybody else in the MLB scandal was, in Porter’s words in the doc, ‘collateral damage’ to this very Miami feud.”

Underscoring the caper-like comedy—which includes clueless authorities in the Florida Department of Health and MLB officials tripping over themselves throughout their investigations—is Corben’s use of Drunk History–style narration and recreation. Only instead of enlisting famous celebrities to act out the antics, Corben has cast children to play Bosch, Fischer, A-Rod and more.

The idea was inspired by Spike Jonze’s music video for the 1997 single “Sky’s the Limit,” which used younger actors to rap the words of The Notorious B.I.G., who had recently passed. But Corben’s ruse in Screwball is more transparent—these characters are acting like children, and you should view them that way.

Part of why Corben has made “Florida fuckery” and Miami-centric tales his calling card is because he believes that South Florida represents an incubator for the frauds and trends that will one day infiltrate more of the U.S. If you’d paid close enough attention to this Biogenesis story, you wouldn’t be so surprised by Fyre Festival or Aunt Becky’s college admissions scandal.

Alex Rodriguez also has a Florida connection. He grew up there, and his name adorns University of Miami’s baseball stadium, despite the disgrace and fallout from his Biogenesis involvement. A-Rod might be a media darling now, but in Screwball he comes across as petty and paranoid, employing Trump-like tactics of denial and obfuscation to escape any admission of culpability or wrongdoing. Many of us have forgotten that just six years ago, A-Rod was one of the most reviled figures in America.

But his strategy worked and is an example of contemporary media’s postmodern, WWE-ification of pop-culture narratives and escapades. Corben notes that the day after the Screwball trailer dropped, A-Rod announced his proposal to Jennifer Lopez. A shrewd tactic no doubt, which further showcases how Rodriguez is always playing an image-maintenance game. His redemption arc demonstrates a prevailing desire to consume “the best story with the best characters,” regardless of truth.

“When the MLB needed Alex to be the heel, they wrote him as the villain. Now it benefits everybody economically for him to be the returning hero,” Corben says. “And so they write him that way now. Like, I’m referring to him as a wrestling character in wrestling terms.”

As a lark, I ask Corben if he has any other great Florida Man stories. Instead, he offers a short dissertation of the Florida Man character as a zombie-like constant in America, one that will persist long after Miami sinks into the ocean and “Mother Nature circumcises America’s penis.” Florida Man will endure because, regardless of all the jokes, his character plays an essential role in this country as much as any other.

“We have one in the White House. What else can I say?” Corben says. “He’s a Florida Man—a living, breathing Florida Man. Where else could you come up with that color flesh tone? Only in a laboratory in Florida.”

Screwball is currently in theaters and available on VOD. 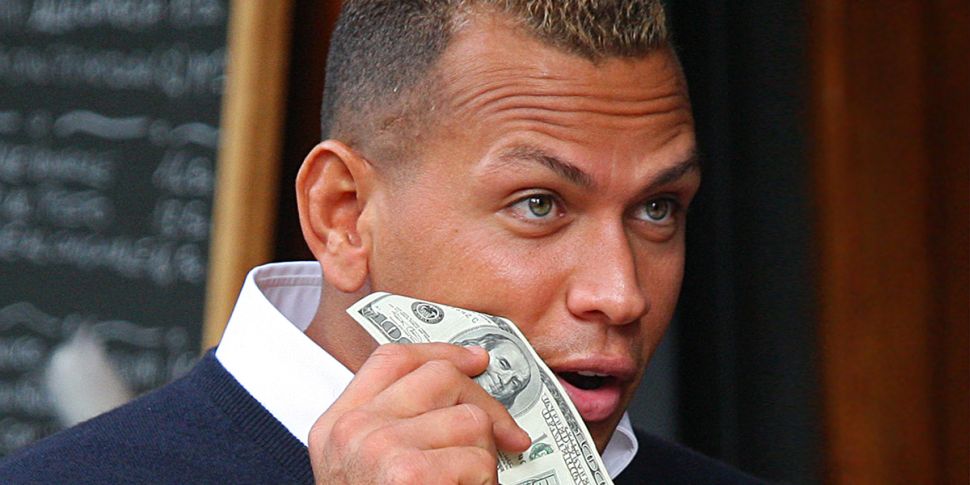