It took more than a year and a significant price cut, but Serena Williams has finally scored a buyer in Bel Air.

The tennis champion first attempted to find a winner when she listed her 6,101-square-foot mansion for nearly $12 million back in October 2017, one month after she married Alexis Ohanian in a lavish New Orleans ceremony.

Alas, Williams wasn’t able to hit an ace, and the six-bedroom, seven-bathroom abode on Stone Canyon languished on the sales market. She then chopped the ask down to a touch under $10 million in 2018, but it proceeded to bounce on and off the market.

But now, at long last, Williams has a taker, though the final sales price of $8.1 million isn’t exactly the haul she was hoping for. It is, however, a substantial amount more than the $6.61 million she paid for the 2.76-acre property in 2006.

The secluded estate was originally built in 1935, but has been remodeled and expanded in the years since, per the listing shared by Keller Williams brokers Gregory Piechota and Amit Lalji.

The living room has marble floors, gold drapery and dark wood built-in bookshelves, and there are even more marble floors in the dining room. There’s also a wood-paneled study.

The master suite features a marble-covered bathroom with a standing soaking tub, a double vanity and a separate shower, all with gold accents. There’s also a walk-in closet with lots of built-ins and a separate dressing room.

However, the estate’s most distinct feature is its private beauty salon, which is fully decked out with hair washing stations and personal televisions for a true Drybar-esque experience.

Outside, there’s a pool, patio and cabana, though we’re still slightly perplexed over the one amenity that seems to be missing: a tennis court. Williams definitely had enough room for one on the sprawling grounds; the house even has its own private hiking trails. Perhaps she just likes to separate work from home.

The tennis star probably won’t be looking for another pad in Los Angeles anytime soon—she and Ohanian scooped up a contemporary three-story place in Beverly Hills for $6.68 million in late 2017. 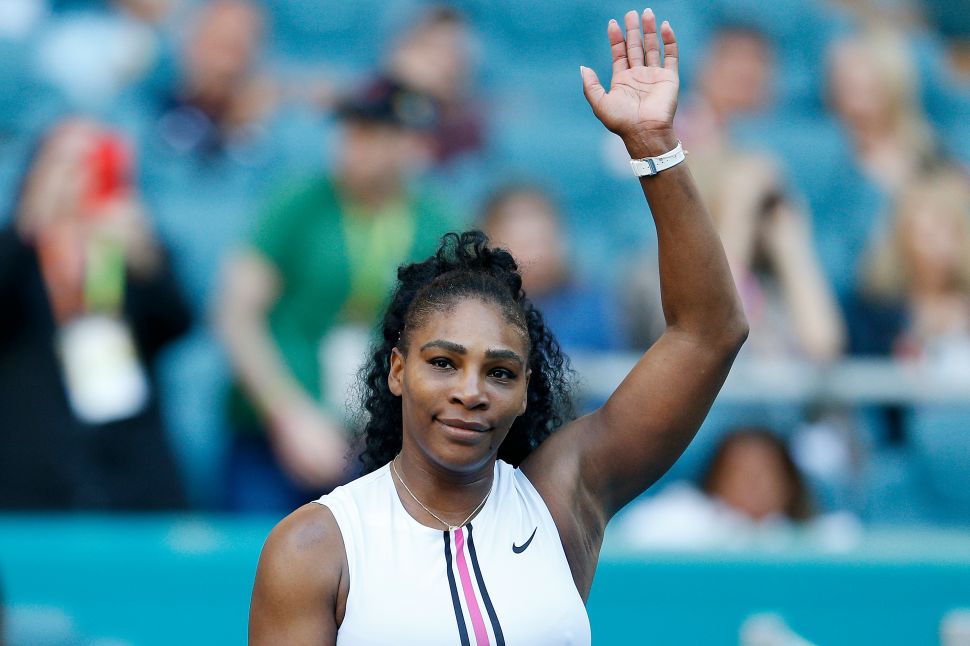