Late April marks the fever pitch of allergy season, and anyone who’s susceptible to the yearly influx of pollen spores is more than aware of how debilitating the repercussions can be. New York City pollen allergies seem particularly brutal. There’s something about the way the wind whistles through tall buildings that seems to filter unwelcome nasal stimuli through the air. And if you forget to take your over-the-counter medicine, the sneezing and itchiness and watery eyes and coughing and wheezing can escalate to unbearable heights.

Even when we do remember to take the proper steps to combat airborne allergens, spring sparks a craving in us that can only be sated by something cold and healthy. A smoothie perhaps?

Of course, no smoothie can act as a substitute for certified allergy medication. Allergic sensitization exists on a wide spectrum, and reactions to an allergen like pollen vary from person to person. In other words, we’re not getting all Goop on you and trying to convince you that the ingredients in smoothies will cure you or induce some sort of divine intervention. Instead, think of smoothies as supplementary treats that lift your mood, soothe your sore throat and just make you feel better overall. The best news? While splurging on specialized and highly Instagrammable beverages like smoothies can very quickly reduce the weight of your wallet, several different reasonably priced options within the five boroughs really hit the spot.

For example, the Immune System Boost Power Smoothie at Pause Cafe on the Lower East Side contains an invigorating mix of elements sure to perk you up, because nothing induces lethargy like a pollen allergy attack. This size-small smoothie costs $6 and consists of pineapple, banana, orange, spirulina and whey protein. Spirulina, by the way, is a type of algae that was first popularized because it was used as a food supplement by NASA astronauts.

Several blocks north on 152nd street is Uptown Veg, a mainstay vegetarian restaurant and juice bar in Harlem. Vegan cuisine and soul food have been intersecting there for more than two decades, so you can be absolutely sure that its smoothie options are primed to kick you into high gear. You can choose from innumerable ingredient combos for around $5, but the coconut , banana, spinach and ginger mix is particularly inviting for someone suffering from pollen symptoms who needs a little kick. If you need more incentive to check out Uptown Veg, legendary American activist and former Black Panther Angela Davis is a fan.

Smoothie season is upon us. We make ours with love ♥️. DRINK UP! 🍒🍌🥑🍇🍓🥥 repost 📸: @fruitloopsandchill

Allergy victims looking for something a bit less viscous than a smoothie should try the The Cup O’Tranquility at Grass Roots Juicery in Williamsburg. It will set you back just $7, and its ingredients—celery, orange and raw organic local honey—go down easy. Honey has been used as a therapeutic agent since the earliest days of human civilization, and research indicates that the substance may generate anti-inflammatory activity when applied to a wound. More generally, though, the olfactory combination of sweet honey and crisp celery should cut through to your stuffed-up nose and provide some relief.

Because everyone should be able to inhale that fresh spring air without worrying they’ll suddenly lurch into a sneezing fit. 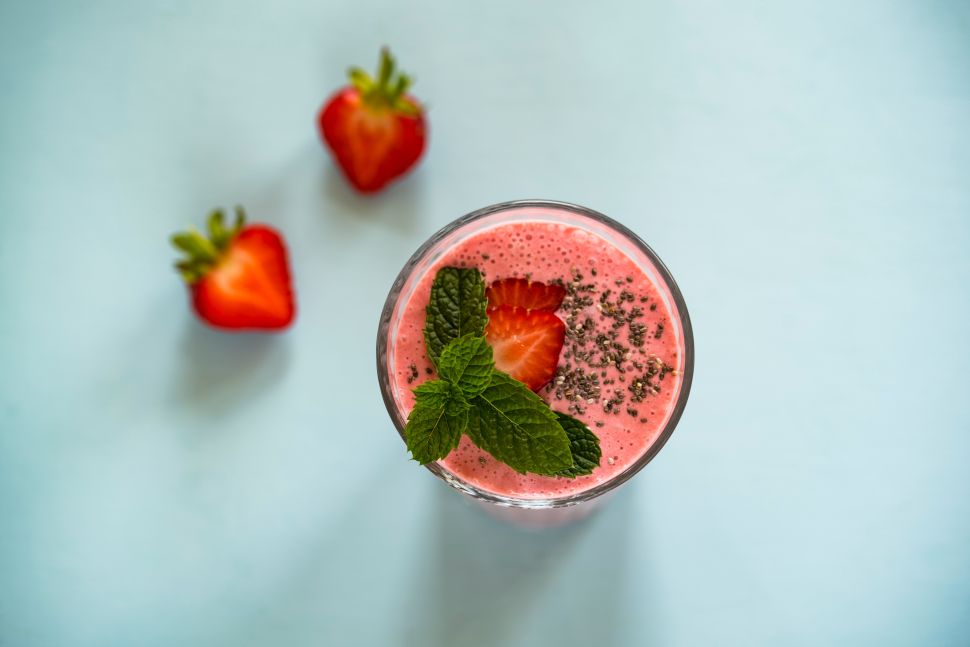