Snapchat co-founder Bobby Murphy has added another multimillion-dollar property to his already expansive portfolio. The tech billionaire and his wife, Kelsey Bateman, just bought a $6 million home in Pacific Palisades.

Murphy is definitely more under the radar than Snap co-founder Evan Spiegel, but he has not held back with his spending. His latest purchase isn’t his only holding in this specific pricey enclave; as Variety points out, Murphy already owns one Pacific Palisades mansion, which he scooped up for $19.5 million barely a year ago, in March 2018.

Murphy’s latest acquisition is a single-story brick home for which he scored a bit of a discount—it was listed for $6.995 million.

The 4,109-square-foot home was originally built in 1958 and redone in 1991 by Frank Lloyd Wright–trained Lawrence Bernstein.

The five-bedroom, five-bathroom house isn’t particularly imposing from the outside, but the inside is quite impressive. There are floor-to-ceiling windows throughout the home, which has views all the way to the ocean, as well as beamed ceilings and a whole lot of brick accents.

The open-layout living area is composed of a nook with brick floors and a brick fireplace (told you), as well as a larger space with wood flooring and yet another brick fireplace. There’s also a study-media room area with a plethora of built-ins and bookshelves.

The master suite boasts two full bathrooms and a double-sided marble (!) fireplace. There’s no pool on the 0.29-acre lot, but there are plenty of lounging and sitting areas.

We wonder what, exactly, Murphy plans to do with this place considering he already owns a Pacific Palisades abode. It’s not like he’s lacking in properties elsewhere in Los Angeles—he owns three smaller homes in Venice in addition to a Santa Monica abode. Maybe it’s so Spiegel, who resides in a Brentwood mansion with Miranda Kerr, can come hang out? Or perhaps he just needs a spot for his secret stash of Snapchat Spectacles. 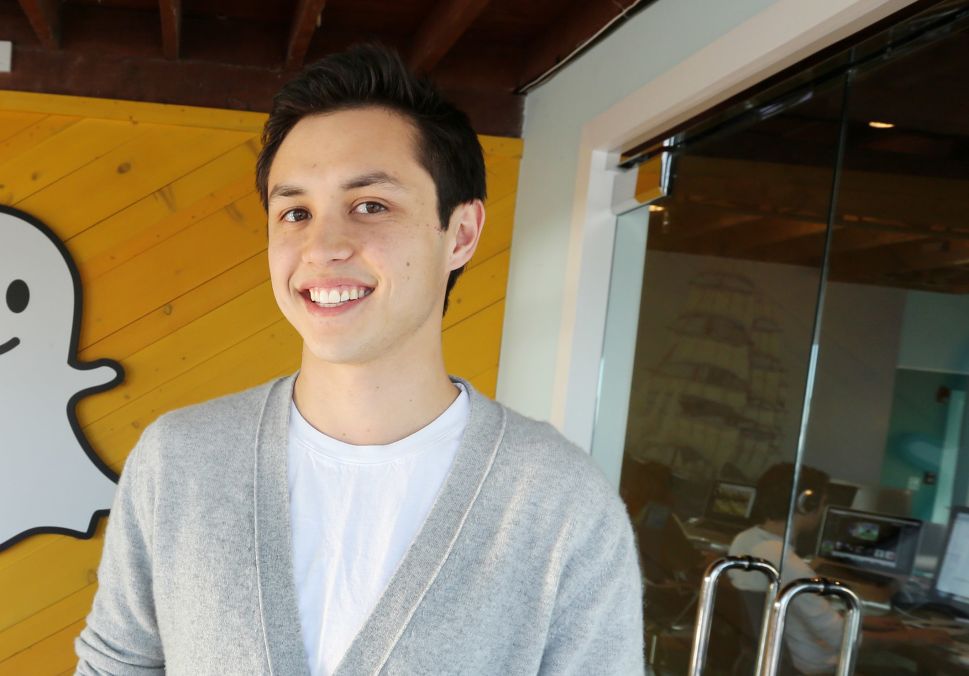