Speculating about the inner life and psyche of a famous person has always been something of a fool’s errand, but that doesn’t make it any less fun to do. This week, for example, many journalists and spectators are wondering why so many celebrities are speaking out so vehemently against criticism that’s been lobbed at their performances and style choices.

In the past few days, Justin Bieber, Ariana Grande, Lizzo and Olivia Munn have all dismissed members of the media as something akin to miserable parasites. Is this merely the latest battle in a centuries-long war between the haves and have-nots, or is something more specific to 2019 going on here? We posit that it’s a little bit of both.

First, a little bit of context. By now, no one needs to be reminded that Ariana Grande is currently the most successful pop star on the planet. She’s the most followed woman on Instagram; her last couple of albums (Sweetener and Thank U, Next) have been inventive, daring takes on pop and R&B; her personality has won over even the harshest detractors. Etcetera.

Musically speaking, Bieber hasn’t been doing as well lately. His career is basically on pause while he’s frolicking with his new bride, Hailey Baldwin, and he’s been distinctly reluctant to record and perform. Also, some people think he basically ruined Iceland.

Bieber’s friend Grande was one of the headliners of Coachella this year, and during one of her sets, she spontaneously invited her pal on stage to sing—or in this case, pantomime—a couple of his biggest hits. E! News host Morgan Stewart jokingly poked fun at Bieber’s lackluster lip-synching, and that’s when all hell broke loose.

@Morgan_Stewart imagine if you spent even half the time you spend laughing at other peoples expense actually building people up and encouraging people how much positivity you could bring. What hurts about this is the fact that you have a platform to make a difference

And rather than try and make people feel accepted and loved you find things to pick apart like the world isn’t full of that already.. we can find something negative to say about anything or anyone

Honestly, this kind of reaction is pretty par for the course for Bieber, who may be one of the more thin-skinned folks in show business. It seems like every time someone points out that he’s done something wrong or turned in a lame piece of music, he lashes out. Conversely, it was actually a bit surprising when Grande chimed in with some now-deleted tweets to defend Bieber and insult anyone who dares to do their job as a talk-show host, cultural commentator or music critic.

“People are so lost,” Grande wrote. “One day everybody that works at all them blogs will realize how unfulfilled they are and purposeless what they’re doing is and hopefully shift their focus elsewhere. that’s gonna be a beautiful ass day for them! i can’t wait for them to feel lit inside.”

This, as you can imagine, inspired a plethora of snarky response tweets from comedians, writers and journalists who couldn’t wait to point out how much money Grande has, and emphasize that they would quit blogging if she gave them a big enough lump sum.

Grande’s sentiment was also expressed by rising musician Lizzo, who took to Twitter after receiving a less than positive review of her new album, Cuz I Love You, to fume that “PEOPLE WHO ‘REVIEW’ ALBUMS AND DONT MAKE MUSIC THEMSELVES SHOULD BE UNEMPLOYED.”

However, what these artists don’t seem to understand is that journalists aren’t millionaires who smear people for no reason (although, just like anyone else, including celebrities, sometimes we’re a little mean just for fun). We’re actually just doing our best to subject powerful people to the same kind of fair scrutiny that everyone else on the planet can expect to receive. Moreover, in all these cases it’s not an attack of the person behind the performances, but rather the performances themselves.

Actress Olivia Munn is not a musician, but she added to this anti-press pileup early on Thursday when she tweeted a condemnation of the fashion and style commentators of Go Fug Yourself.

Munn seems to be of the opinion that the Fug Girls are body-shamers and bullies. Although there are a lot of people like that on the internet, it’s safe to say that Jessica Morgan and Heather Cocks of Go Fug Yourself aren’t among that unsavory horde. Sure, The Fug Girls mock celebrity outfits. But celebrities wear crazy shit sometimes, and they often do it for attention! What are we supposed to do, not say anything about it when you pull up to a red carpet in lederhosen? Please.

“A lot of people have had to wake up and acknowledge the part they’ve played in the suppression of women,” Munn scolded (to reiterate, Go Fug Yourself is solely a fashion blog). “To The Fug Girls and all of your peers: Just because you’re a woman doesn’t mean you’re not part of the problem. The world woke up in 2017 but you stayed sleeping.” Uh… OK?

There’s a lot going on here, to be sure. Munn is equating clothing critiques with antifeminist subjugation. Lizzo is demanding that anyone who doesn’t gush over her new empowering album should lose their job, and Grande is going so far as to say that basically anyone who writes about pop culture is a sniveling loser who needs to give up all those bad vibes and instead pursue feeling “lit inside.” Bieber, as always, is just whining.

All of these takes are disappointing, but not necessarily shocking: The more eyes on us, the more paranoid and vulnerable we’re likely to become.

There’s a huge difference between celebrities who universally shun the spotlight and celebrities who court it energetically, only to express shock and outrage when the attention they craved isn’t precisely calibrated to their liking. The latter response just seems like a ridiculous stance for anyone over the age of 18. Both journalists and the general public have the right to critique and share their opinions about whomever they see fit, no matter how much power and money and empowering mantras that person possesses.

Yes, celebrities and the media have always had a love-hate relationship, but what Bieber, Grande, Lizzo and Munn are doing comes off as a little bit weirder. Once upon a time, it seemed that famous people almost resented the press because they were just expecting journalists to slam them. As we hurtle towards 2020, it seems as though they are expecting to be adored by everyone who’s paid to write or talk about them—and that somehow feels like a way more dangerous dynamic. 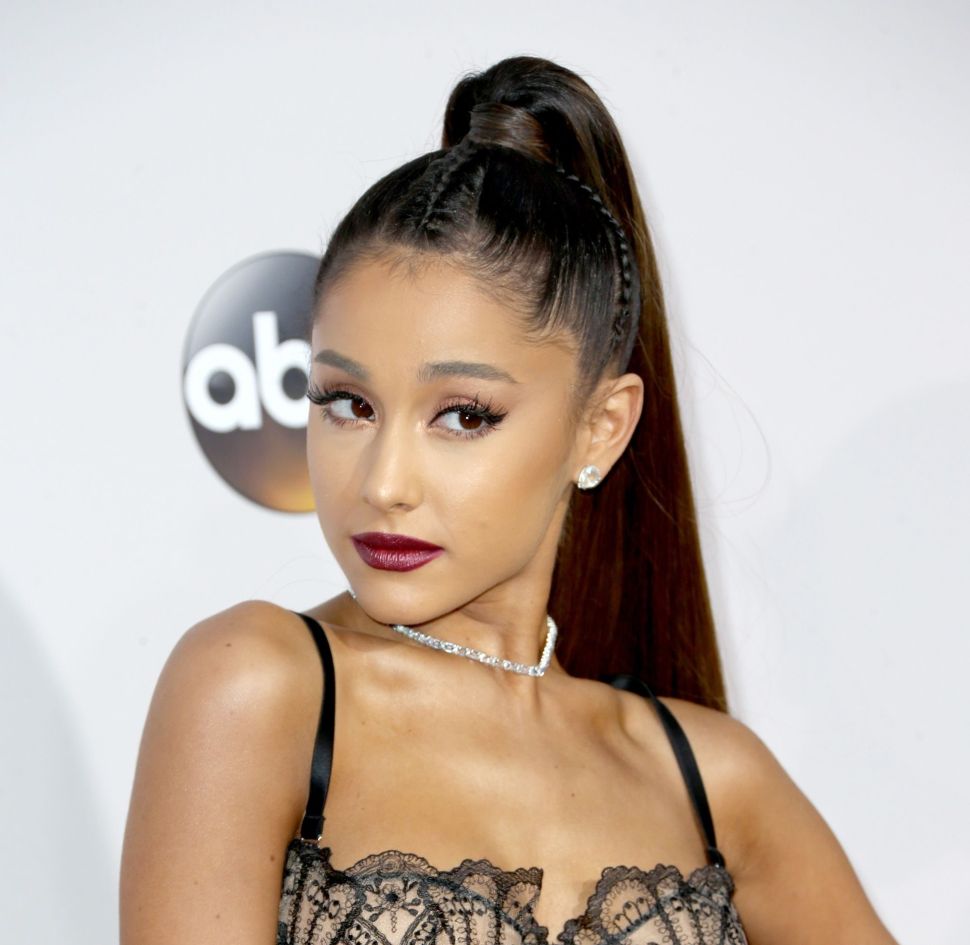