Christopher J. Phillips has a new book—Scouting and Scoring: How We Know What We Know About Baseball—out, and this week, The New Yorker published its commentary about the alleged battle between scouts and statisticians. But perhaps we’ve been misled into a false debate, like the conflict between religion and science, when there’s room for both, or one can even be both. A father-son outing in New York illustrates this articulation.

It’s a windy day at Yankee Stadium, as I look upon New York going up against the Detroit Tigers on a cold but sunny afternoon. While my hawklike eyes follow every movement of Gleyber Torres, Miguel Cabrera and their teammates, my son can barely tear his eyes from the immense amount of data dancing across the scoreboard. Only a cheer from the crowd or a collective groan can lure him away from staring at the statistics, noting later that the Yankees set a record for strikeouts in the game with 18 during that 2-1 loss.

“Hey, watch the game, Zach!” I implore him, while he responds, “Do you think they’re booing Luke Voit because he has the second lowest batting average in the lineup?” Some of the old-timers stare at my 11-year-old the way purists like sportswriter Roger Angell greeted the designated hitter with disdain in the 1970s, while those furiously keeping score nod, but only for a moment, lest some numerical detail escape their attempts to preserve the sport in a chronicle of numbers and a few coded letters.

Is it a generational thing, in which those of us who appreciate that the visual choreography of a double-play can be just as nifty as the musicals on Broadway are simply fading?  Will the future of America’s pastime, and even America itself, be reduced to number crunchers?

Beyond Baseball: The Rise of the Bean Counters

This becomes part of a wider level of concern for non-sports fans. You don’t have to have watched the cult-classic Office Space of the late 1990s to know what it means when the “efficiency experts” show up at work. From academia to zoo-keeping, we’re being judged on our work performance the way a player’s future is evaluated based upon an earned run average or an on-base percentage.

Such are the concerns of The New Yorker‘s Louis Menand, writing a review of Phillips’ book. His article, titled “What Baseball Teaches Us About Measuring Talent” comes across as a bit of a rebuke of the power of those who worship and utilize baseball statistics. It’s a critique of the book and the movie Moneyball, the arbitrary nature of some numbers (like the error) and a mild defense of the same scouts who consider the attractiveness of someone’s wife as a key variable.

But Menand’s review also hypes the narrative of “scout vs. statistician,” the way the so-called “religion vs. science battle” is bandied about by some on both sides of the extreme to advance a narrative.

Few sports are built upon numbers the way baseball is. Not many Americans can say what the record is for yards thrown or TD passes in a season, or what’s the lifetime record for points scored in basketball or goals made in hockey or soccer. Yet numbers like 755, 56, .400 mean something more than any other numbers in any other sport. Statistics weren’t just introduced with the emergence of Bill James and fantasy baseball in the 1980s. They were always there.

Menand is right that there will always be controversy over the numbers and scoring, but that misses the point: the fans like the controversy. It also bedevils the sabermetrician who might have thought his or her particular statistic like “WAR” solved the debate about who is the best. This is about a love of debate, not about deciding an argument.

Records are kept not just for the hiring and firing and trading of talent, but also as mileposts to be honored and challenged. A colleague noted with pride how he was there when Hank Aaron broke Babe Ruth’s home run record in Atlanta and overcame so much to do it; you can see how numbers matter a lot, but still don’t tell the whole story.

Back to Father-Son Baseball in the Field

Far from the Big Apple is a baseball field in a little town in West Georgia. The smallest kid on the team is up to bat, or in the field at third. A proud father is nearby, furiously copying down every detail in a statistics book that the middle school will keep as record of the game. It’s the same son who couldn’t keep his eyes off the scoreboard, and the same dad who implored his son to watch the game, though pencil and paper are briefly set aside for a camera-phone pic or video to be posted on social media for grandparents to see. This same scrappy student-athlete makes A’s in his math classes and hopes to major in the subject; sport statistics have been his gateway drug into numbers, something his professor dad often employs in columns about sports and politics.

There’s no contradiction here. It’s still a game to be played by kids, and possibly their dads. But there’s still time to look up the box scores of last night’s game, check on how our fantasy baseball teams are performing, and watch the highlights of that contest on ESPN or YouTube. 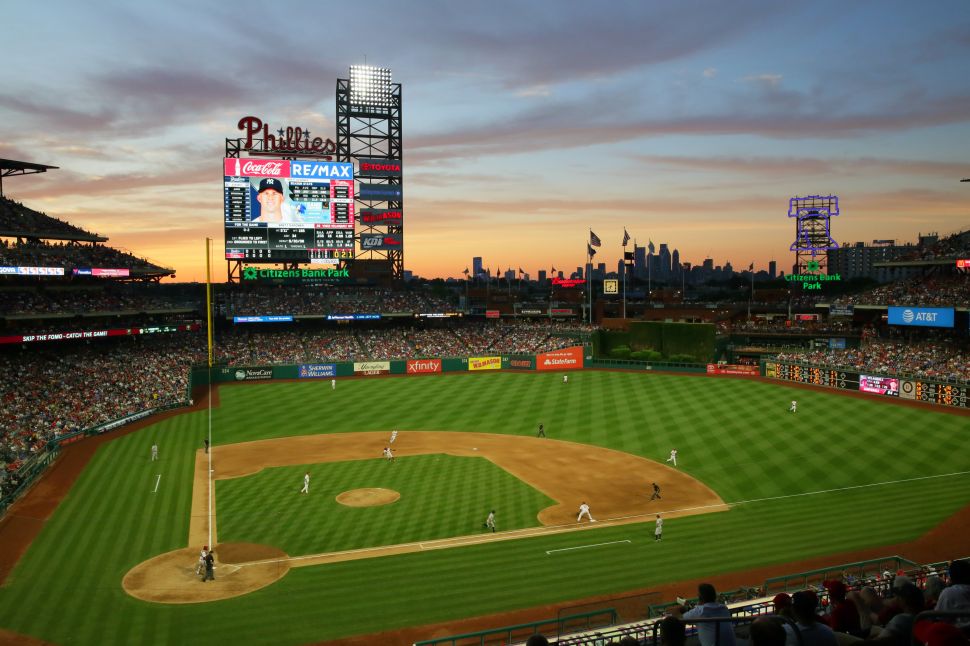