Ever since BuzzFeed published it 10 days before Donald Trump’s inauguration in January 2017, the notorious Steele dossier has never been out of the news. The 35-pager was always of dubious intelligence value, so why anybody is still discussing that controversial document is a question that needs to be answered.

It’s not difficult to determine why the dossier, compiled in the second half of 2016 by the former British intelligence officer Christopher Steele, created a sensation, given its lurid allegations of sexual shenanigans by our 45th president, accusations of clandestine meetings between Trump emissaries and Russian spies, and a general portrayal of Trump as a highly unsavory character. This was tabloid-worthy stuff, coming from a one-time senior British spy.

From the outset, however, there were solid reasons to question the accuracy of much of its contents. While its portrayals of Kremlin atmospherics mostly rang true, many of the dossier’s specific allegations of shady activities involving Trump and the Kremlin were not just unproven but well-nigh unprovable. To take a classic example, see the late summer 2016 meeting in Prague between Michael Cohen, Trump’s personal attorney and Russian officials, alleged by the dossier, which may—or may not—have happened: we simply don’t know.

It seems significant that the Special Counsel’s report on Trump and the Russians in 2016 barely mentions Steele and his dossier. In its admittedly highly redacted version, the report never implies that the dossier had any impact on the Department of Justice’s investigation into the president. That assessment is starkly at odds with volumes of Trumpian mythology, tweeted regularly by the president himself, that Steele’s “phony and corrupt dossier” was the cause of Robert Mueller’s “witch hunt” (a term tweeted by the president 182 times) in the first place.

Of course, none of that is true. The prime mover of the FBI’s counterintelligence investigation into then-candidate Trump wasn’t the Steele dossier, rather highly classified signals intelligence from American and allied spy agencies back in late 2015, which portrayed Trump’s relationship with Moscow in a troubling light, as I reported nearly a year ago. Steele’s dossier wasn’t completed until the end of the following year.

At last, the mainstream media is waking up to the reality that the Steele dossier—which it has obsessed over nearly as much as Planet Trump has for more than two years—just isn’t that big of a story. Indeed, it’s a distraction, and perhaps always has been. As The New York Times noted this week, “Some of the most sensational claims in the dossier appeared to be false, and others were impossible to prove. Mueller’s report contained over a dozen passing references to the document’s claims but no overall assessment of why so much did not check out… misgivings about its reliability arose not long after the document became public.”

Yes, they certainly did, and veteran counterintelligence hands were skeptical of the dossier from the moment it appeared, as I explained to you back in October 2017:

The idea that the Steele dossier represents an exercise in Chekist provokatsiya gets more plausible the more you look at it. It’s very much in the habits of Russian intelligence to disseminate a great deal of accurate information, sometimes muddied, in the service of a greater lie… The Steele dossier should be treated with caution… Those seeking the truth of Donald Trump’s relationship with Moscow should view the dossier as a jumping-off point for more investigation and no more. Otherwise, you may get quickly lost in what seasoned counterspies term the wilderness of mirrors.

None of this is to besmirch the reputation of Steele or his work. He remains respected among intelligence professionals on both sides of the Atlantic. He did the best he could when faced with the difficult task of collecting sensitive information in Moscow second-hand, mostly using cut-outs. That’s a tricky proposition at the best of times, given Russian counterintelligence prowess, and Steele never represented his dossier as anything more than the raw, unverified human intelligence report that it is. Others presented its 35 pages as the last word on anything for their own reasons—and some of them still do.

Now, Bob Woodward, doyen of the Potomac press corps, has entered the debate, claiming that the Intelligence Community’s alleged reliance on Steele’s dossier “needs to be investigated,” asserting that “the dossier, which really has got a lot of garbage in it and Mueller found that to be the case, early in building the Intelligence Community assessment on Russian interference, in an early draft, they actually put the dossier on page two in kind of a breakout box.” Woodward added. “I think it was the CIA pushing this. Real intelligence experts looked at this and said ‘No, this is not intelligence, this is garbage,’ and they took it out.”

Woodward here is reporting the scandalous accusation that our intelligence process works as intended. Bona fide experts on Russia and how we spy on it realized that Steele’s reporting was raw and unverified and treated it accordingly. Since Woodward, before he became a journalistic icon for his role in exposing the Watergate scandal, was an intelligence officer in the U.S. Navy, he really should know better.

The Steele dossier will never go away now. It has entered the pantheon of Trumpist mythology about 2016, where facts don’t matter, alongside other nasty lies such as “illegal FISA warrants,””illegal wiretaps,” and “Seth Rich was killed by a Hillary Clinton death squad.” That some of these unpleasant fabrications, which have been cited nonstop by the president and his minions, are of Kremlin origin does not appear to be a coincidence.

In the end, Christopher Steele’s dossier helped Trump and his Russian friends by muddying already dark waters and peddling unprovable sensations, while giving the president ample fodder for years of outraged tweets that fire up his ardent MAGA fanbase. It’s still helping the president today. Perhaps that was the point all along. 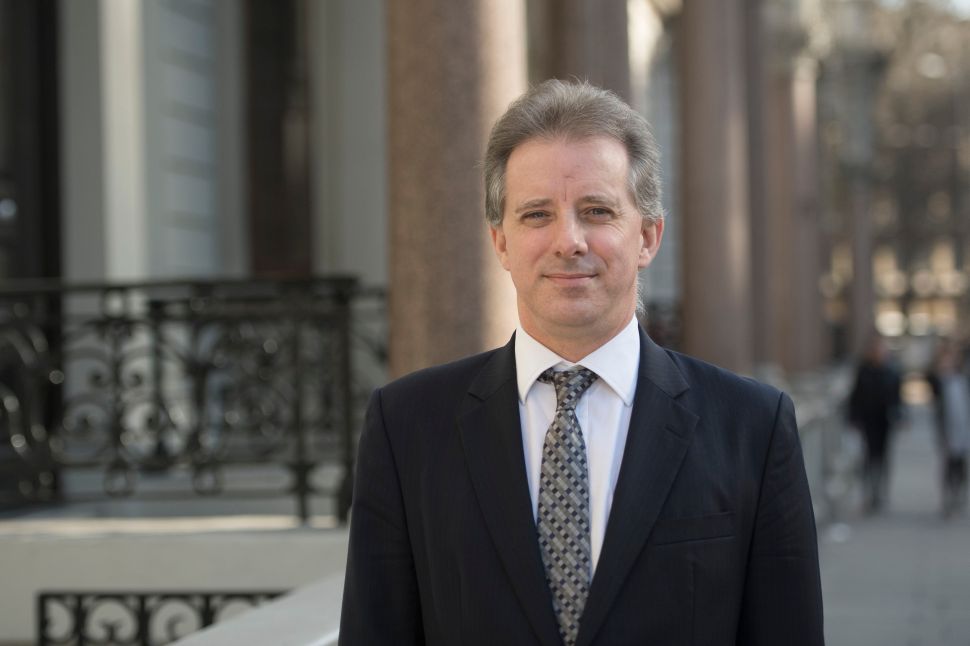