Democrats spent the past weekend calling for Stephen Miller to testify before Congress in the aftermath of a Washington Post report detailing the White House aide’s proposal to move undocumented immigrants at the border to sanctuary cities.

“Steve Miller, who seems to be the boss of everybody on immigration, ought to come before Congress and explain some of these policies,” House Judiciary Committee Chairman Jerrold Nadler (D-N.Y.) told CNN on Sunday.

Rep. Kathleen Rice (D-N.Y.) meanwhile told the Post that Miller should appear before the House Homeland Security subcommittee on border security to “make his case for these terrible policies to the American people instead of being this shadow puppeteer.”

While Cabinet secretaries are routinely called to testify, White House aides and presidential advisors are not subject to the same scrutiny—though sometimes they do appear before congressional committees to discuss policy matters. Because parameters have never been decided by the Supreme Court, the White House often weighs how politically damaging an aide’s testimony, or their refusal to testify, could be. During the Bush years, the White House refused to make National Security Advisor Condoleezza Rice available for a public testimony under oath, though did allow lawmakers to interview her privately.

“In order for President Bush and future presidents to continue to receive the best and most candid possible advice from their White House staff on counterterrorism and other national security issues, it is important that these advisers not be compelled to testify publicly before congressional bodies such as the commission,” wrote then-presidential counsel Alberto Gonzales.

The Obama administration likewise made advisor Ben Rhodes unavailable after House Republicans demanded he testify over remarks he gave The New York Times about a creating a media “echo chamber” for selling the Iran deal. In the past, however, aides for presidents Richard Nixon, Jimmy Carter and Bill Clinton have spoken to lawmakers amid scandals.

In other words, only expect Miller to testify if President Donald Trump sees an advantage to it. Or following a subpoena… 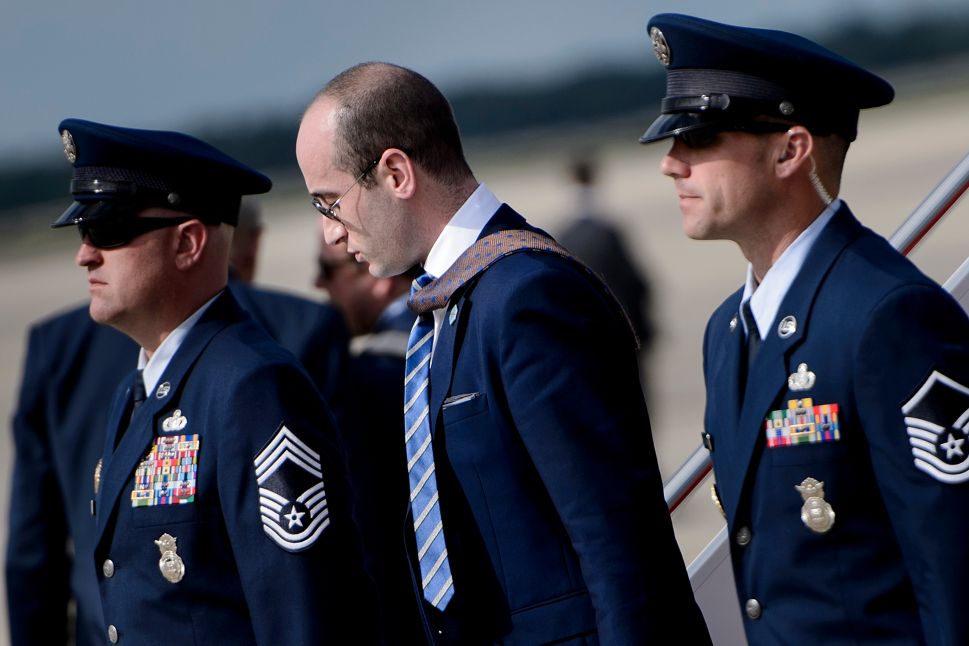