Just a few short years ago, the film industry found itself gripped by the concept of Sean Parker’s Screening Room. The Napster co-founder (and former Facebook president), who had disrupted the music business in the 1990s, was looking to do the same in Hollywood by launching a premium streaming service that would make feature films available in viewers’ homes the day of their release. In other words, families could watch the latest Marvel blockbuster for $50 from the comfort of their living rooms rather than making the trek to their local cinema.

What began as a simple germ of an idea soon began to take root, with some of the industry’s most powerful figures—including Steven Spielberg, J.J. Abrams and Peter Jackson—reportedly supporting it. It felt like a seismic shift was coming. But as is customary with most would-be revolutions, Parker’s plan was soon met with opposition, and it flamed out before it could ever catch fire.

But if his specific vision for the future of cinema is dead, the concept of watching movies at home just as they hit the multiplex remains an enticing possibility, especially as theater ticket sales have steadily declined since 2002 and major studios unable to compete in the IP-driven blockbuster ecosystem sell themselves off piece by piece. We may have waved goodbye to Screening Room, but could a service like it ever rise from the ashes? If so, what would that platform look like for consumers?

Why Screening Room Was Basically DOA

The reason behind Screening Room’s failure to launch was largely two-fold: There was massive resistance from theater chains who were unconvinced of its viability and a lack of unity among the studios. In the United States, the three major theater chains that dominate the market are AMC Entertainment, Regal Cinemas and Cinemark Theaters. While AMC was willing to do business with Screening Room, both Regal and Cinemark (along with popular luxury theater Alamo Drafthouse) were resistant.

“The disruption of streaming services was already a major concern for exhibitors, as some consumers are willing to wait out the window to see a film at home rather than go to the theater,” Daniel Green, director of the Master of Entertainment Industry Management Program at Heinz College and a former TV production executive, told Observer.

Complicating matters further was a lack of transparency between Parker’s team and the exhibitors regarding what kind of revenue sharing plan would be established. A 40-percent figure was floated at one point, though by all accounts, Screening Room struggled to properly sell its business model to theater chains.

“Exhibitors have not yet been convinced that offering earlier access to movies in the home will result in a sustainable improvement of their own financial situations,” said John Calkins, an industry advisor at Ownzones Entertainment Technologies and a former president of programming for AMC Theaters.

As for the studios, reports on their supposed interest varied wildly, with some outlets claiming that Universal, Sony and Fox had “serious interest” and others insisting they had simply taken an informational meeting. Disney and Warner Bros. were reportedly not willing to commit, removing two of the biggest Hollywood power players from the equation.

Had the six major studios been aligned and wished to accelerate consumer availability of movies at home, they might have been able to exert more pressure on exhibitors to consider this new method of moviegoing. But given that Hollywood set a domestic box-office record in 2018, it seems that theater chains would hardly be desperate enough to consider taking such a massive risk, despite the shrinking foot traffic they’ve experienced.

Will We See a First-Run At-Home Streaming Service in the Near Future?

We actually already have one. Red Carpet Home Cinema, which rents first-run films for $1,500 to $3,000 each, was recently founded by retired Ticketmaster CEO Fred Rosen and film distribution expert Dan Fellman, and it has reached agreements with Warner Bros., Paramount, Lionsgate, Annapurna and Disney’s Fox branches. But with such significant costs, including a $15,000 installation fee, and an intense application process (not to mention a $50,000-or-higher credit card limit), it’s fair to say it won’t be the service of choice for the common folk.

But could another service be? It’s hard to ignore the modern realities of the movie industry and moviegoing. In contemporary Hollywood, established intellectual property is the apex predator, and repetitive cash flow—sequels, merchandising—is the Darwinian trait of survival. Those that can’t consistently monetize blockbusters or lack the necessary library and/or scale to compete with a brand-rich studio like Disney may be creeping towards extinction. That’s why the Murdochs pulled the trigger on selling 21st Century Fox’s major entertainment assets and why Paramount Pictures recently made a multi-film deal with Netflix. Smaller studios that aren’t housing a Marvel or a Pixar may not have the weaponry to compete.

Because adult-skewing dramas, romantic comedies and star vehicles—the kinds of films that used to pull in big numbers at the box office—have waned in popularity, theaters have begun to reinvent themselves as luxury experiences complete with cozy seating, upscale dining and booze. It’s all an attempt to combat declining interest in the standard moviegoing experience—a trend that could one day result in cinephiles giving up on theaters altogether and instead signing up for a premium at-home viewing service like Screening Room.

“The movie theater industry needs to make it worthwhile for you to break the gravitational pull of your couch,” said Allen Adamson, an adjunct associate professor at New York University’s Stern School of Business and the author of Shift Ahead, which explores how brands stay relevant in today’s fast-changing world. “Some businesses refuse to evolve and have become myopic. Existing organizations wait too long to jump in, and by the time they do, the competition is too strong. They don’t have the expertise and learning to shift their business.”

We’re already seeing theaters experiment with a modified version of at-home viewing, though not in a way in which they maintain ownership.

“A premium at-home service seems most likely to reach the market once a handful of studios have decided that it is imperative to shore up the financial shortfall,” Calkins said. “Each sale to SVOD of a film that previously had a theatrical date—Mowgli, The Cloverfield Paradox, etc.—is nothing more than a decision at the margin by studios concerned about their increasingly high-budget films.” In other words, film studios are evaluating the marketplace and deciding that the potential profits available from bypassing theaters entirely are more appealing than the risk of a windowed theatrical release.

If the entertainment industry as a whole is headed for digital and Cloud-adjacent distribution, should exhibitors at least consider relenting and collaborating with an affordable at-home streaming service? The National Association of Theater Owners refused to even sit down with Screening Room a few years ago. Can it afford to continue ignoring the shifting landscape?

“I think that eventually exhibitors and studios will have to come to an agreement about a first-run premium home experience,” Green said. “There will be continued pressure on exhibitors to turn a profit. It’s also to the advantage of the studios to consider alternatives. The exhibitors and studios have to figure out a way to attract more people in the eventuality that the theatrical window will contract drastically.”

So How Would This New Platform Work?

Like a charm, hopefully. But that’s easier said than done.

“Part of getting consumers to buy into a new idea is to make it really easy to try and then use,” Adamson said. “It’s taken Apple TV and video-on-demand through Comcast and Verizon a number of years to change consumer habits and get them comfortable watching newer films at home.”

We can likely consider younger viewers—who are hardwired to interact with multiple screens at once—primed and ready. But Adamson stresses that consumers need to feel the freedom of flexible pricing options. For example, he suggests a system that costs $20 for a movie that has been out for four weeks, $40 for a movie that has opened within two weeks and $60 for a film that hit theaters yesterday. “Give that pricing flexibility and you’d find the tipping point as to where you can unlock that business opportunity.”

Calkins sees a somewhat similar model with “$19.99 likely being optimal, but $29.99 still testing well with consumers.”

While most sources we spoke to agree that a day-and-date release strategy is simply too drastic of a jump from this current system, they do think a three-to-four-week-after-release model could become a reality in the near future.

Napster may have been free, but even Sean Parker would approve of that deal. 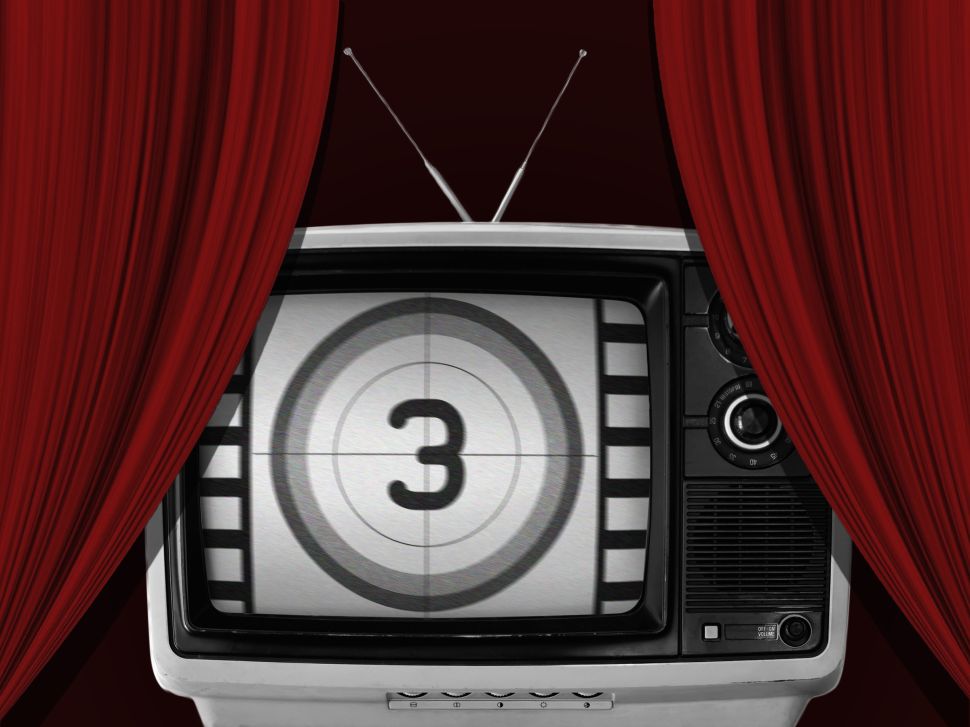