Let’s be honest: Hollywood’s track record of adapting beloved anime properties into live-action blockbusters has been pretty dreadful. Oldboy, Dragon Ball: Evolution, Ghost in the Shell—they’re just not good. But that doesn’t mean Hollywood should totally ignore the endless ocean of manga and anime IP. So many potential franchises can still be mined, so many viewers can still be convinced. Warner Bros. seems to know this, as it has been trying to adapt one of the most popular series of all time for the past decade: Akira.

WB has approached major names such as Christopher Nolan and Jordan Peele in recent years as potential Akira directors, but to no avail. Finally, Thor: Ragnarok filmmaker Taika Waititi agreed to sign on with Leonardo DiCaprio producing through his Appian Way banner, though fans remained skeptical given the project’s troubled development. However, this week Akira took a major step forward that seems to confirm the movie is actually happening.

Akira is among 18 film projects that have been selected to receive tax credits under the California Film Commission’s Film & TV Tax Credit Program 2.0, according to The Hollywood Reporter. The movie, which has yet to start casting as Waititi finishes up his new film Jojo Rabbit, is now expected to shoot entirely in California over 71 days thanks to the $18.5 million tax credit.

“We are thrilled with the opportunity to shoot Akira in California,” Ravi Mehta, Warner Bros. Pictures EVP of physical production and finance, said. “The availability of top-notch crew members, plus the wide variety of location choices and predictable weather are second to none.”

This is music to Akira fans’ ears after the project languished in developmental hell for more than 10 years. Previously, Waititi had teased them by explaining his plan to adapt the original manga and not the 1988 animated movies.

“I haven’t really started to get my head around it yet,” Waititi said last year. “What I wanted to do was an adaptation of the books, ‘cos a lot of people are like, ‘Don’t touch that film!’ and I’m like, ‘I’m not remaking the film, I want to go back to the book.’ A lot of the people freaking out haven’t even read the books, and there are six gigantic books to go through. It’s so rich. But Akira is one of my favorite films; my mum took me to see it when I was 13 and it changed my life.”

Akira takes place in Tokyo more than 30 years after the Japanese government dropped on atomic bomb on the city following the disintegration of ESP experiments on children. In the face of this grim future, Kaneda, a bike gang leader, tries to save his friend Tetsuo from secretive government projects. 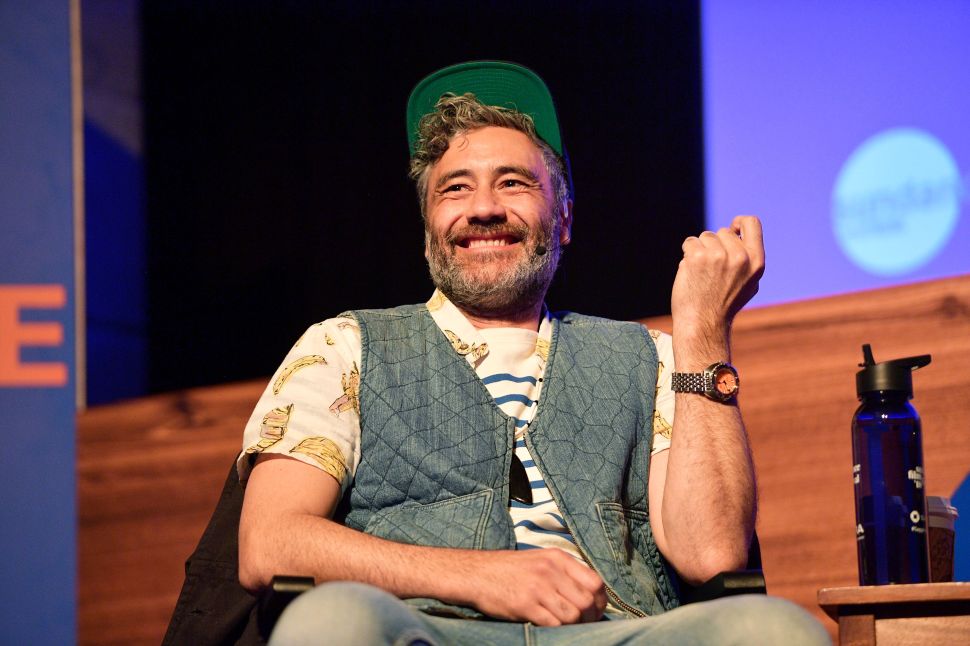