As far as accused murderers go, Robert Durst has to be one of the most idiosyncratic. No one who devoured HBO’s 2015 documentary The Jinx: The Life and Deaths of Robert Durst will ever be able to forget the hiccuping, sonorous burps which frequently gushed from this diminutive man’s mouth. Durst is a multimillionaire heir to a New York real estate fortune, and he’s spent the past few years awaiting trial in California so that jurors will be able to determine whether he murdered three people who were close to him in three different states (his wife, his friend and his neighbor).

Now, Durst’s lawyers are planning to attack the HBO documentary head-on as part of their defense of the elderly would-be killer, on the grounds that the way the six-episode film was edited makes it seem like Durst was confessing to murder when in fact he did no such thing, reports The New York Times.

Durst’s “confession” scene is the cornerstone of the documentary, directed by Andrew Jarecki. In the scene in question, Durst wanders off in the middle of a pivotal interview with Jarecki to use the bathroom, ostensibly not realizing that his live mic is still on. “There it is, you’re caught,” Durst can be heard saying. “You’re right, of course. But, you can’t imagine. Arrest him. I don’t know what’s in the house. Oh, I want this. What a disaster. He was right. I was wrong. And the burping. I’m having difficulty with the question. What the hell did I do? Killed them all, of course.” Cue the gasps.

Durst’s lawyers, however, are set to claim that the final two sentences of the quote cited above were actually cherry-picked from a transcript of his ranting and arranged to make him look as guilty as possible. In the official transcript, of which the Times provides an image, you can see that Durst actually said “Killed them all, of course,” right after he said “Oh, I want this,” and that that particular statement was presumably tacked on after “What the hell did I do?” in the editing bay. Durst’s representatives claim that this is deliberate obfuscation of the truth, and that filmmakers Jarecki, Marc Smerling and Zac Stuart-Pontier worked as “agents for law enforcement” rather than objective outsiders.

This splicing and restructuring of Durst’s speech fragments is certainly enough to give a viewer pause about whether Durst actually admitted to murder, but keep in mind that his lawyers are likely trying to distract eager rubberneckers from the convincing evidence that points to Durst’s guilt.

Regardless, here’s all you need to know about this oddball multimillionaire’s demeanor: One time, he randomly took a leak on some candy in public. “He wasn’t arguing with anybody, and he didn’t seem agitated,” an eyewitness said. “He just peed on the candy. Skittles, I think.” Now that’s twisted. 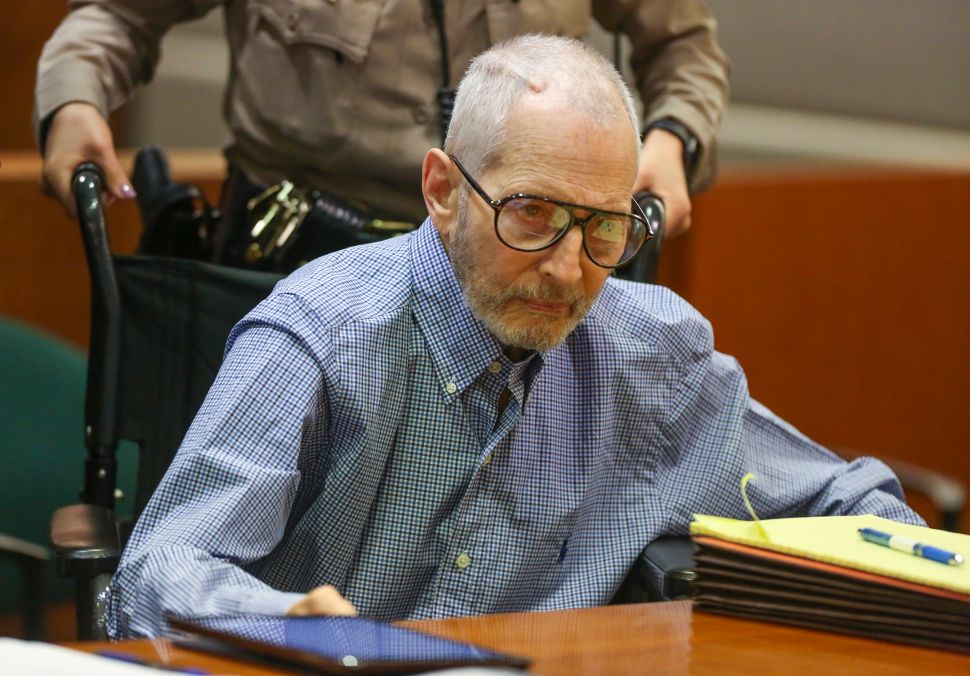