This year, as American health officials are in the process of surveying the teen e-cigarette epidemic, they’ve hit a snag—more specifically, a problem caused by a language barrier. Representatives from the National Youth Tobacco Survey have discovered that the ubiquity of the verb “Juuling” has led to confusion among young people. Because teens say “Juuling” rather than describing what they’re doing as “vaping,” they’ve lost touch with what exactly they’re consuming.

“Hearing the word ‘Juul’ instead of ‘vape’ makes it sound a lot different,” a 17-year-old former Juul user named Caleb Mintz said in a new story for Bloomberg. “It did not look like your typical vape. Giving it a fancy name made it seem like it didn’t have anything harmful in it.”

In order to accurately evaluate teenage use of e-cigarettes, this year’s National Youth Tobacco survey will now include questions specifically about Juul use for the first time ever.

In 2019, it’s hardly uncommon to look at a cluster of young adults and see little clouds of vapor drifting around them. The Juul product was conceived as a way for adult smokers to wean themselves off cigarettes by puffing on tar-free capsules instead. But this is not solely what the Juul devices and their corresponding pods are used for—it’s been reported time and time again that the tiny, flash drive–like instruments have been adopted en masse by teenagers who absolutely love the high they get from the flavored pods, as well as documenting it.

What’s also clear is that many teens who Juul are not universally aware that what they’re inhaling contains a stimulating alkaloid that can affect brain development. In late 2018, a survey conducted by the anti-tobacco advocacy group Truth Initiative found that 63 percent of Juul users between the ages of 15 to 24 didn’t know that Juul products contain nicotine, Bloomberg reports.

Juul Labs shut down all of its social media promotion and discontinued certain flavors after a crackdown from the F.D.A. last year, but when it comes to teenage nicotine consumption, the cat has been out of the bag for a long time. According to the Centers for Disease Control and Prevention, as of 2018 more than three million high schoolers and half a million middle schoolers in the U.S.A. are regularly vaping.

That said, many young adults have either grown tired of their Juuls because they consider them played-out or they’ve gotten spooked. “There was a whole hoax sent around of screenshots of messages that someone got cancer and died from the Juul,” a teenager named Zoe told New York magazine last year. “I knew it probably wasn’t true, but I freaked out… so I threw out my Juul mid-January and it became so clear to me in that moment how uncool it was.”

Nevertheless, given their slick design and popularity on social media, Juul devices may still be too cool to keep in check. At this point, the only solution may be to ban them altogether. After all, their intended consumers—adults who want to quit smoking—have alternatives such as nicotine patches. Yes, smart teenagers can be discerning, but sometimes adults just have to intervene. 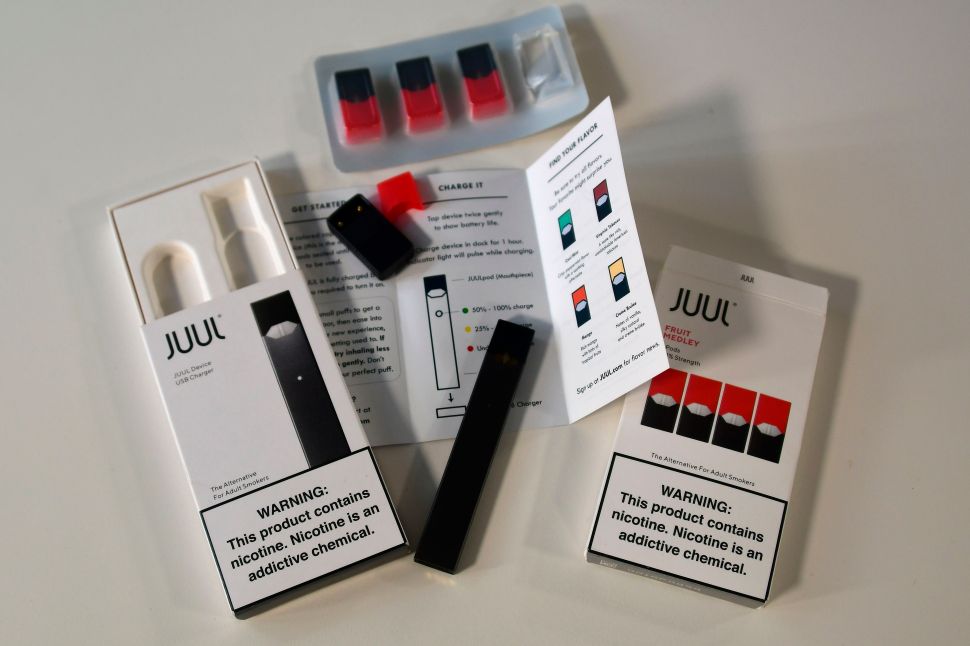