For his seventh time behind the camera, actor-director-writer Emilio Estevez—son and brother, respectively, of Martin and Charlie Sheen—has turned out The Public, another well-intentioned but heavy-handed movie on the order of his Kennedy assassination drama, Bobby. Implausible dialogue, contrived activist themes and an overstuffed, hard-to-follow trajectory (even for a parable) muddy the waters of a swamp that needs draining.

Estevez plays a liberal librarian at the Cincinnati Public Library who welcomes homeless squatters with nowhere else to go. But suddenly, as closing hours advance, a terrible, paralyzing winter storm hits town; the usually polite, obedient loiterers refuse to leave; and the shelter runs out of space. Fellow librarian Jena Malone tries to help her colleague manage the crowd, but as the weather plummets to below freezing, an act of civil disobedience incurs.

Enter outsiders who try to cope with a situation that is rapidly deteriorating: among them, Alec Baldwin as a police negotiator, Christian Slater as an ambitious politician and Gabrielle Union as a self-serving TV reporter trying to make a name for herself by exploiting a dangerous situation. At stake is a debate over the First Amendment that celebrates the right of the people to peacefully assemble in the principle of organized rebellion.

It’s not a bad premise for a film, and the good intentions are obvious. But some of the dialogue sounds real, and some of it phony. Characters are well-meaning, but all of them are flawed. Estevez interjects too many subplots, including a time-wasting romance with a superfluous character and Baldwin’s search for his missing drug-addict son that distracts from his responsibility for the riot police under his authority in a time of crisis.

Its heart is in the right place, but because it’s mired in too many of Estevez’s questions about public duty versus public safety, The Public struggles to stay on track and keep the viewer involved. In the end, it fails to inspire much sympathy for the homeless, thereby abandoning its good intentions for the disenfranchised. Close, but no cigar. 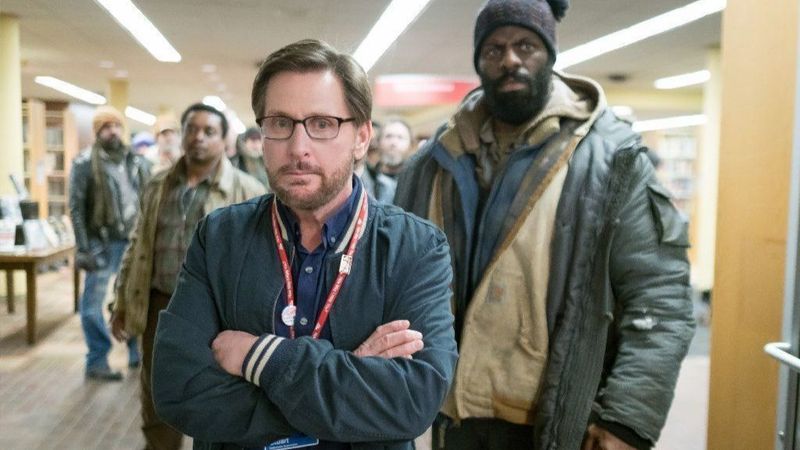