There’s no denying that The Walking Dead universe is one of the biggest commercial successes in recent television history. AMC has shepherded the main series to nine seasons and counting while its companion show, Fear the Walking Dead, is set to kick off its fifth season this summer. While ratings for both shows have been in steady decline for years, the former remains one of the higher-rated offerings on television following a sustained run in which it was posting big TV numbers—we’re talking 1990s big. But given the overall waning interest in the franchise, can The Walking Dead really support further expansion of its universe? AMC sure thinks so.

Scott M. Gimple, who relinquished showrunner duties when AMC promoted him to chief content officer of the Dead franchise last year, is rolling out yet another series set in this post-apocalyptic dystopia, according to The Hollywood Reporter. Gimple co-created the untitled 10-episode drama with longtime TWD writer Matt Negrete, who will serve as showrunner.

As of now, it is unknown if the new series will feature the existing shows’ story lines or characters, though stars such Norman Reedus (Daryl) and Melissa McBride (Carol) are signed to “franchise” deals that enable AMC to move them around freely, per THR. Andrew Lincoln (Rick), for example, left the main series in Season 9 but will reprise his role in not one, but three TV movies.

“I’m beyond excited to be a part of this new show set in The Walking Dead universe,” Negrete said. “Writing and producing for the original series has been the job of a lifetime, and I’m honored to be working with Scott and all the fine Dead folks at AMC in this new capacity. I can’t wait for the fans of the franchise to see what we’ve been cooking up!”

What we do know about this new zombie series is that it will revolve around “two young female protagonists and focus on the first generation to come of age in the apocalypse,” as AMC described it in an official description of the show, which will begin production this summer and shoot for a 2020 premiere. “Some will become heroes. Some will become villains. In the end, all of them will be changed forever. Grown-up and cemented in their identities, both good and bad.”

AMC has been reshuffling the board in advance of its franchise expansion for some time now, killing off certain characters in the main sagas and rerouting others to spinoffs. Clearly, the network has no plans to abandon the Walking Dead universe anytime soon.

“Showing audiences an unseen pocket of The Walking Dead universe steeped in a new mythology is a very cool way to celebrate a Decade of the Dead on TV and over 15 years of [creator] Robert Kirkman’s brilliant comic,” Gimple said. “Matt Negrete is one of the best writer-producers in TWD’s long history—I’m thrilled to be working beside him to tell stories unlike we’ve seen before, taking our first step into an even larger world.”

The Season 9 finale of The Walking Dead drew the show’s lowest finale ratings so far. But as we’ve seen with HBO’s efforts to beef up content to compete with Netflix, franchises have become increasingly vital to a network’s long-term strategy. 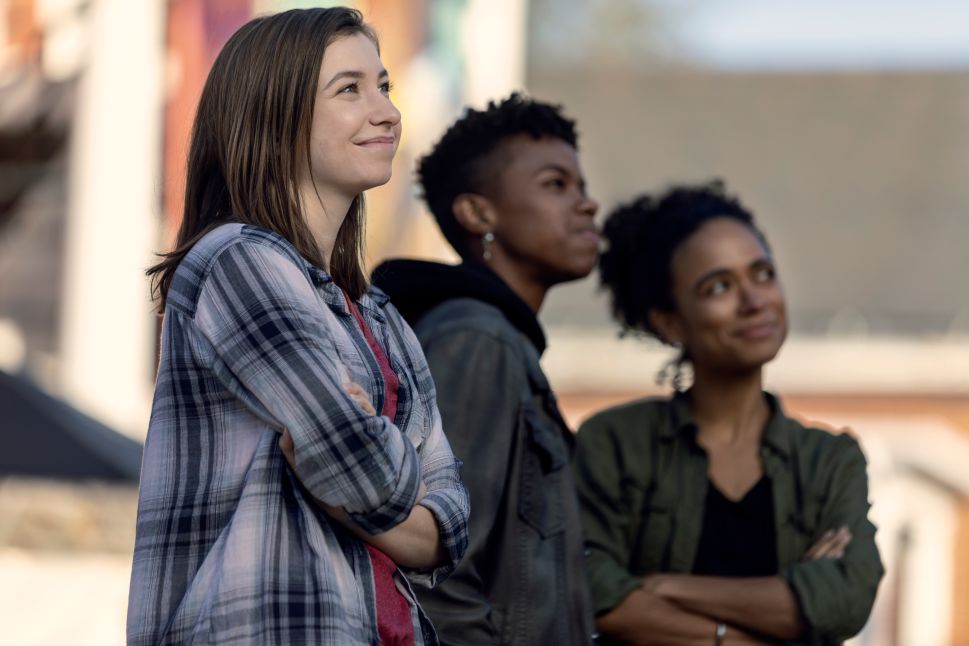