President Donald Trump appeared at the Rx Drug Abuse and Heroin Summit in Georgia to speak about his administration’s initiatives to tackle the opioid epidemic. While the first part of his speech addressed addiction and recovery programs, he quickly pivoted to immigration, and spoke about his love for German Shepherds as drug detectors.

“Hundreds of millions of dollars of the best drug detection equipment you can have, and I always say this, because as good as that equipment is, and it’s genius, the greatest equipment in the world is a dog. A certain type of German Shepherd in particular,” Trump told the audience.

The president said dogs do “a better job than $400 million worth of equipment”—a comparison Observer has not been able to independently verify.

“Only the dog lovers would understand that,” continued Trump. “I said to the border control the other day, they were giving me a rundown of the equipment… ‘How does this compare to those great dogs I saw?’ They say, ‘Sir, honestly the dogs are better.’ I said, ‘You got to be kidding. Heroin alone kills 300 million Americans alone each week.”

The president’s speech at the Rx Drug Abuse and Heroin Summit concluded with the Rolling Stones’ “You Can’t Always Get What You Want.” The song, as journalist Kelly Jane Torrance noted on Twitter, contains a reference to drug deals.

“I knew she was gonna meet her connection,” sang Mick Jagger. 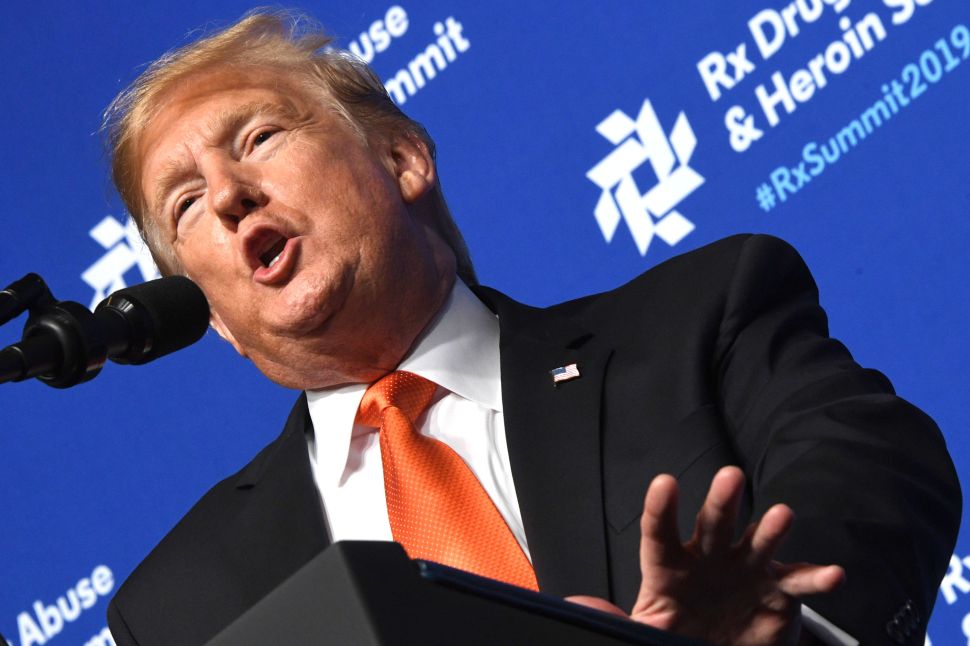