It must be hard for President Donald Trump to imagine working in a world without Twitter, the social media platform he heavily relies on to make work-related announcements, comment on important news or simply throw a tantrum.

On Tuesday, Trump finally met with the chief executive behind his favorite social media tool, Twitter’s Jack Dorsey, for the first time in a private setting at the White House.

The president confirmed this earlier rumored meeting in a tweet Tuesday afternoon, writing that “lots of subjects discussed regarding their platform, and the world of social media in general. Look forward to keeping an open dialogue!”

Great meeting this afternoon at the @WhiteHouse with @Jack from @Twitter. Lots of subjects discussed regarding their platform, and the world of social media in general. Look forward to keeping an open dialogue! pic.twitter.com/QnZi579eFb

He also attached a photo of himself and Dorsey, accompanied by Vijaya Gadde, Twitter’s head of legal, policy, and trust & safety, as well as White House social media director Dan Scavino, who often posts on Twitter on behalf of the president.

In a statement, Twitter said the president and Dorsey discussed the platform’s “commitment to protecting the health of the public conversation ahead of the 2020 U.S. elections and efforts underway to respond to the opioid crisis.”

But according to a person with direct knowledge of the meeting cited by The Washington Post, the conversation was a lot more personal than that. A significant portion of their meeting, the source said, focused on Trump’s concerns that Twitter had quietly removed some of his 60 million followers.

In response, Dorsey said that fluctuations in follower count was likely a result of Twitter regularly removing spam accounts and that even his own Twitter account had lost followers for unclear reasons.

Hours before their unusual meeting, Trump tweeted that Twitter is “very discriminatory” and doesn’t “treat me well as a Republican.” The president also complained that it was “hard for people to sign on” and accused the company of “constantly taking people off list.”

Trump was possibly referring to a new content policy Twitter was considering that would label tweets deemed in violation of its rules, while permitting them on the platform for the sake of public interest.

“One of the things we’re working really closely on with our product and engineering folks is, ‘How can we label that? How can we put some context around it so people are aware that that content is actually a violation of our rules, [but] it is serving a particular purpose in remaining on the platform,” Twitter legal chief Gadde told The Washington Post in a taped interview last month.

If implemented, this content policy could affect Trump, whose tweets often include harsh criticism, sometimes outright insults, of political enemies.

When you give a crazed, crying lowlife a break, and give her a job at the White House, I guess it just didn’t work out. Good work by General Kelly for quickly firing that dog! 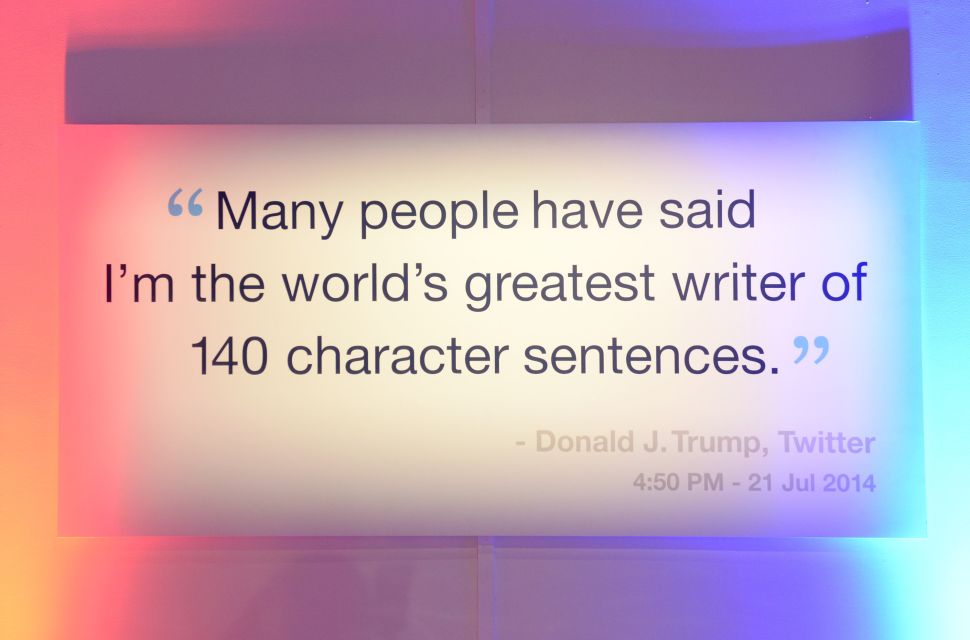