Pivoting from his calls over the week to close the U.S.-Mexico border, President Donald Trump threatened to impose car tariffs on Mexico, saying the “whole ball game is cars.”

“Mexico, understand that we are going to close the border or I’m going to tariff the cars,” said Trump from the White House on Thursday. “I’ll do one or the other but probably settle for the tariffs. That will be a very powerful incentive.”

The president has regularly used the threat of tariffs as a method to achieve his policy goals. After General Motors announced last fall it was closing car assembly plants in Ohio, Michigan and Maryland, Trump threatened a 25 percent retaliatory tariff, writing on Twitter that the president “has great power on the issue.”

Despite the Trump administration’s collaboration with the Canadian and Mexican governments to revise the North American Free Trade Agreement (NAFTA) through a new pact called the U.S.-Mexico-Canada Agreement (USMCA), the president seemed unfazed by whether imposing a car tariff could disrupt ongoing negotiations. 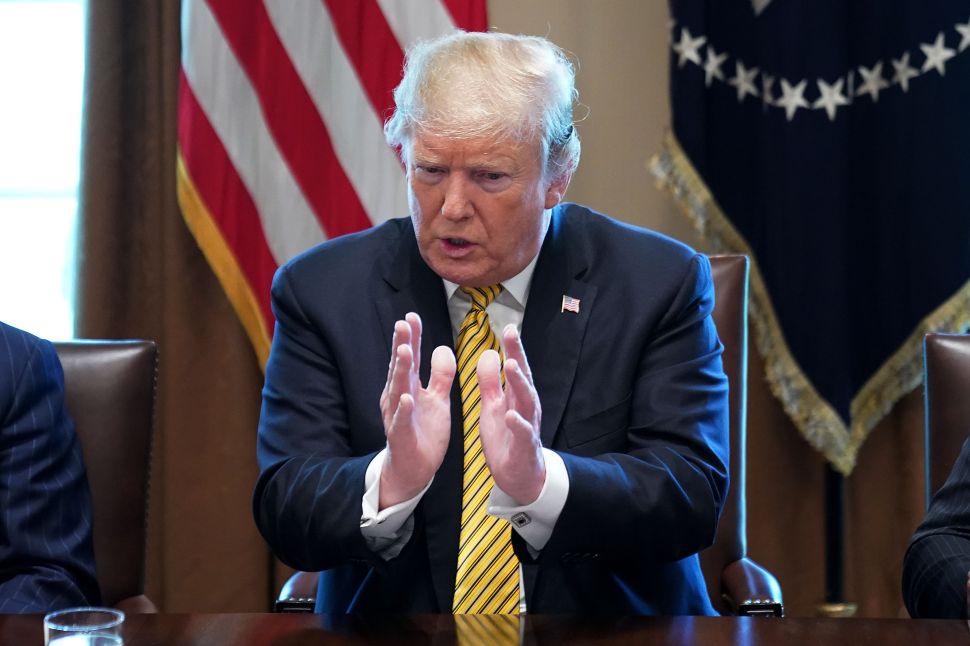