While she was able to offload it in no time, she did have to lower her expectations a bit. The six-bedroom, 6.5-bathroom house was originally listed for $3.9 million, but the final sale is for $3.15 million. While it’s not entirely what she was hoping for, the singer and actress still earned a profit—she purchased the place for $2.75 million in 2008 when she was just 20, two years after she starred in High School Musical.

Hudgens did put a significant amount of work into the Mediterranean-style Los Angeles abode. “Every inch of [the house] has been painted,” Sotheby’s International Realty broker TJ Paradise, who had the listing, told the Observer when the home first went on the market. “In the kitchen, the lower cabinets are a dark sage green, while the upper cabinets are a nice off-white cream.”

The 5,200-square-foot home features a large kitchen with a marble breakfast island and countertops. There’s also a small desk area and a breakfast room in addition to a formal dining space. The living room is centered around a marble-surrounded fireplace and has French doors that lead outside.

The master suite has vaulted ceilings, a sitting area, a double-sided fireplace and a huge marble-covered bathroom with a built-in tub, a separate shower and double vanities, as well as doors that lead to a private terrace. There’s also a massive walk-in closet with built-ins.

The outdoor situation is very entertainment-ready with its pool and spa, full wet bar, barbecue and numerous lounging areas.

We’re not sure if Hudgens plans to buy another place on the West Coast anytime soon, as she did already scoop up a Los Feliz pad in late 2018 for $5 million. That one came with a Hollywood pedigree—it previously belonged to Gary Oldman. 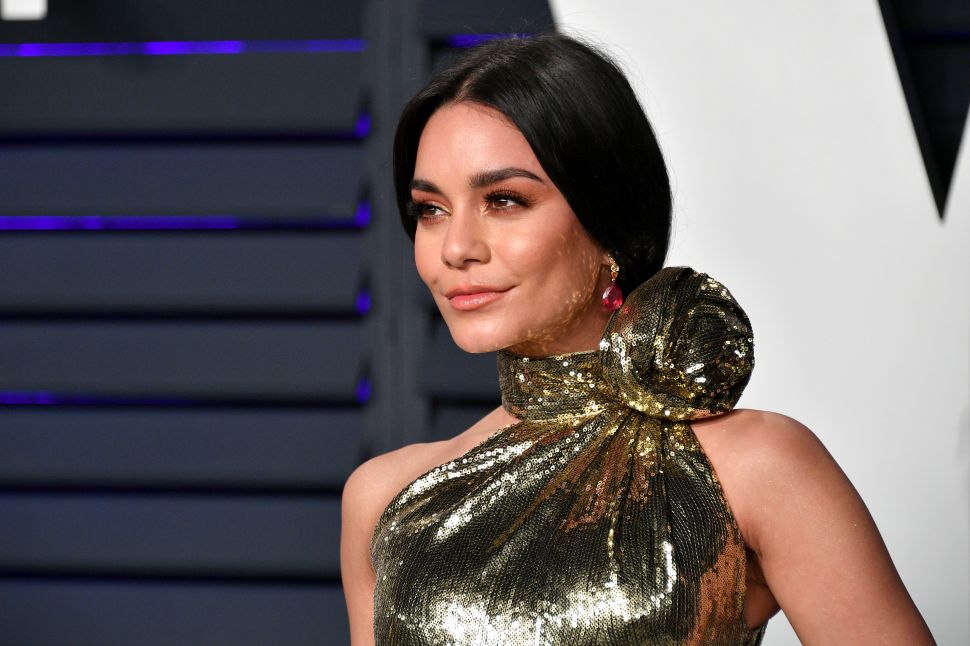