Q: “What did Russians use for light before they had candles?”
A: “Electricity!”

When I was in Russia, I heard some of the best jokes, like this one. But such “hilarity” from the region could get the United States into a war nobody in this country really wants. And it’s no laughing matter.

The whole thing started when the Ukrainian people ousted their corrupt dictator, President Viktor Yanukovych, in the winter of 2014. They pushed him aside when he employed shooters to kill protesters opposing his plan to abandon the European Union. He’s been tried in absentia for treason and for asking Vladimir Putin to invade Ukraine.

Fearful at the loss of his ally, Putin rushed to aid Yanukovych allies, occupying pockets of resistance in Eastern Ukraine. And he annexed Crimea, proceeding to put that place under his thumb.  But Putin and his friends failed to dominate the Ukrainian people similarly, as the country resisted the Russian president’s overt aggression.

So Putin tried a new tactic, a covert one. Realizing that free peoples will fight him and his invaders, he tried subtlety. Through elections, referenda and “democracy,” he’s kept his American and European rivals at bay, off-balance, and even tossed to the sidelines in favor of populist puppets that Putin can manipulate.

Will the Ukrainian Comic ‘Stand Up’ to Putin, or Just Do Stand-Up Routines?

Enter Volodymyr Zelensky, a Ukrainian comedian who could very likely become president of the Ukraine in an unlikely media showing. Though he claims he will stand up to Putin, a stand-up routine is all that the Russian conqueror is likely to get. Zelensky says he would even “use humor” to stop Putin if elected, showing how he’s either really naïve, or really bought and paid for by his Eastern neighbor. The latter case may be the end for the Ukraine.

And he’s winning votes. Zelensky finished at the top of the heap among 39 candidates in the first round of balloting. In the process, he eliminated former prime minister Yulia Tymoshenko. Now, only the current incumbent, who finished second, stands in the way of the man who, until now, has little more than played this part on screen.

Ukrainian President Petro Poroshenko recognizes the danger from the upstart humorist. According to NBC News, Poroshenko called Zelensky “a puppet of oligarch Igor Kolomoyskyi,” and said that Putin “dreams of a soft, meek, compliant, giggling, inexperienced and weak, ideologically amorphous and politically undecided president of Ukraine.”

Zelensky has ties to billionaire Ukrainian oligarch Ihor Kolomyskyi; and the Daily Beast alleges that Kolomyskyi has ties to everything from neo-Nazis to contract killers. Is Zelensky anti-Putin, or playing into Putin’s hands?  Evidence points to the latter outcome.

For all of his faults, Poroshenko has done much to rebuild the country from the disaster of the Yanukovych era, reforming the country’s security and institutions, all while bringing back the market and infrastructure, according to Foreign Policy magazine. If you had to ask the Reagan mantra about whether you were better off than before, Poroshenko would deserve another term.

Most would look at this issue and ask “so what?” It’s Ukraine’s problem and no one else’s. But the actions the country takes on the second and decisive round of elections could actually hold the fate of U.S. foreign policy in the coming years.

Will Zelensky Wittingly or Unwittingly Bring the US Into War?

Should the comedian win, one of two things will happen. His inexperience, coupled with gullibility, could play into Putin’s hands, and the Russian leader will retake the Ukraine for his own. Refugees from such a terrible event would flood Eastern European countries, already strained by those who fled wars in the Middle East and North Africa.

While some liberals and conservatives dismiss the need to get involved, others in NATO see Ukraine as essential to opposing Putin’s expansionist policies. An emboldened Putin, flush with his success, would certainly move against Moldova in the region, or the Baltics, rebuilding the old Soviet Union. Some NATO forces would act as a “coalition of the willing” against Russia, informally to prevent Putin allies from vetoing the project.

There are other ways this could go badly. A new Democratic president, if one is elected, might seek to adopt a more pro-human rights policy that would run afoul of Putin.

Regardless of how it starts, the plot would begin to resemble some fantastic Tom Clancy novel of shifted loyalties and uncertain coalitions. Democracies are a little more predictable, but nobody knows how a number of authoritarian leaders from Turkey’s Recep Tayyip Erdoğan to Polish, Hungarian and other East European heads of state would react. Are they more jealous of their sovereignty than willing to bend the knee to Putin?  An unstable Ukrainian ruler doesn’t seem like the best solution to this crisis.

Hopefully if Poroshenko is reelected, stability can return, and the country can continue to experience its slow but steady growth in political and economic reforms. A diplomatic solution with the Russian revolutionary regions would not be out of the question, as the situation resembles a stalemate. If not, expect a round of “bad humor” to emerge from East Europe after the 2019 Ukrainian election, as the country returns to the days where Yanukovych-like rulers reigned. 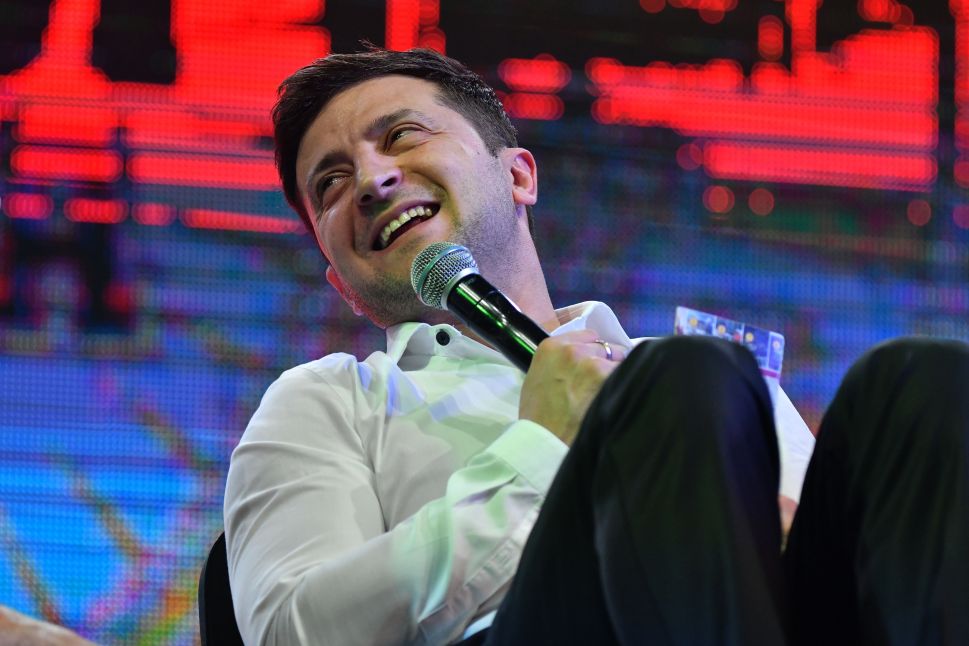