You have to admit that as far as inventions go, grocery stores are pretty hard to beat. They carry almost everything you need to sustain yourself and your family, and chances are there’s one quite close to you. Amazon knows this, which is why Jeff Bezos’ online marketplace has spent the past couple of years implementing strategies—like buying Whole Foods—that will enable the e-commerce superpower to move in on physical retail, specifically when it comes to selling perishable goods.

As the world’s largest retailer, Walmart is well aware that Amazon is hell-bent on extracting the market share that they have in the grocery industry. Which is why Walmart has been making a hard push to update and optimize its more than 4,700 locations in the United States. As of Tuesday, this means Walmart will be adding thousands of new robots to its stores.

Walmart Inc. announced that it expects to place unmanned floor scrubbers in 1,860 of its stores by next February, shelf-scanning machines in 350 locations, and robots that scan and sort inventory once it’s unloaded from delivery trucks in 1,700 stores. Executives from the company say the devices can reduce the amount of time human employees spend working overall, but this also means human workers will be doing less manual labor and focusing on different objectives.

“The overall trend we’re seeing is that automating certain tasks gives associates more time to do work they find fulfilling and to interact with our customers,” Walmart CEO Doug McMillon said in 2018. “We consider those interactions a competitive advantage now and in the future.”

The notion of “fulfilling work” is certainly an attractive one, but while the increasing presence of automized labor might end up being good for Walmart’s bottom line, that doesn’t mean it’s necessarily good for all of its human employees. Keeping track of inventory, scrubbing the floor and unloading boxes from a delivery truck may not be fascinating work, but it’s work that earns a paycheck. When robots take on these jobs, a prospective human employee could lose out on a vital source of income.

Furthermore, characterizing interaction with customers as preferable to manual labor may be a rather shaky pronouncement to anyone who’s ever worked in retail. Helping customers can be just as exhausting and demoralizing as stringent manual labor, especially when it’s coupled with long hours.

What’s certain is that automized labor is coming to the physical realm and will likely only become more ubiquitous. But at least robot coworkers are less likely to bring in pungent lunches from home. 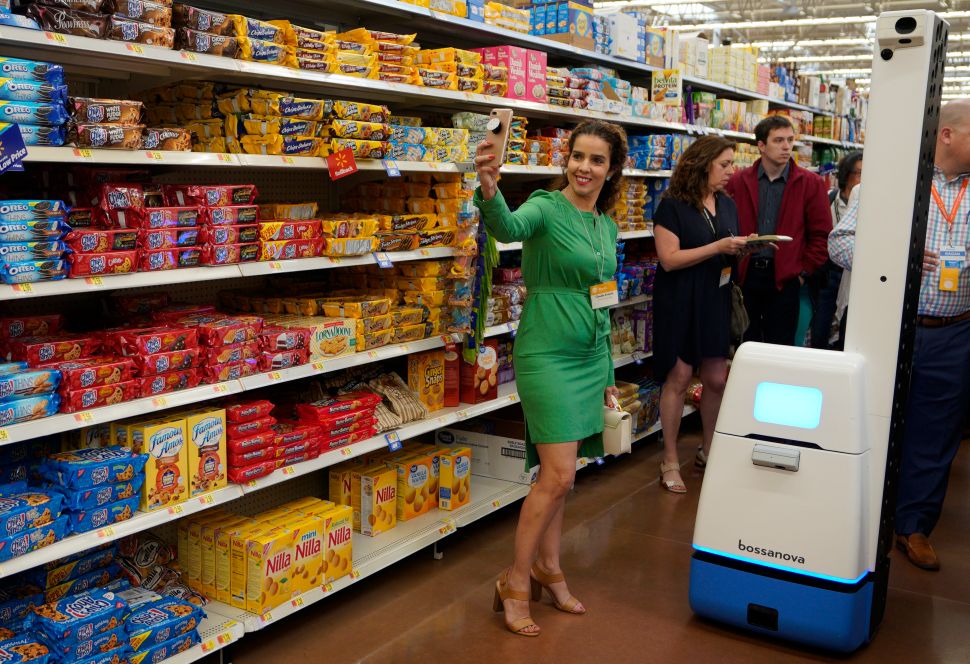