HBO is preparing to do battle with Netflix, but how much of its content will land on WarnerMedia’s streaming service? The executive hierarchies at HBO and WarnerMedia have been shaken up in recent months following the AT&T-Time Warner merger, leaving their futures unclear. We know both entities have big plans ahead, but how exactly will they execute them?

While Bob Greenblatt, the company’s newly installed chairman of WarnerMedia Entertainment and direct-to-consumer, trumpeted HBO’s praises in a new interview with The Hollywood Reporter, noting Game of Thrones‘ recent ratings explosion, he was particularly eager to discuss his plans for WarnerMedia’s overall approach moving forward. Specifically, he provided a bit more clarity on what the connection will be between WarnerMedia’s most precious small-screen brand and its upcoming over-the-top service.

“We’re going to grow this streaming service [and] HBO will be central to it in a big way and with its own identity,” Greenblatt told the outlet. “It’s not going to be just rolled into some big stew of programming that becomes generic. The HBO of it is our competitive edge in our business. One of the advantages HBO has is the legacy and the way it treats talent and markets its shows—and the way everything is hand-crafted. We’re going to try to move a bit faster and be a bit more voluminous but try not to lose any of that because that’s our competitive edge.”

Some are concerned that HBO’s attempts to beef up its original programming could lead to a decline in quality. As of now, it is one of cable’s most profitable endeavors and a force at the Emmys—why fix what isn’t broken? Throw in the bulk of other brands WarnerMedia is juggling simultaneously—Warner Bros. Pictures, Warner Bros. TV, and Turner Broadcast properties like TBS, TNT, CNN and Cartoon Network—and industry skepticism is not without its merits. But Greenblatt is quick to emphasize a continued focus on curating top-shelf content for both HBO and the streaming service and not just developing a wave of options for the sake of variety.

“There’s a lot of other things that will supplement what HBO does for us—but I still want to apply the same level of quality and sophistication,” he said. “I don’t want the overall service to just be a whole bunch of different kinds of levels of execution. We want the execution to be high and strong. We started to buy some shows that will fit that.” He cited an upcoming Gremlins project as one example.

To that end, he noted that WarnerMedia will never be as willing as Netflix to throw out nine-figure deals to content creators. The market-leading streamer currently hosts three of the five highest-paid showrunners in the business, and is shelling out a gobsmacking combined total of $500 million for them. WarnerMedia, on the other hand, will make significant investments only when appropriate, such as its $400 million deal with über-producer Greg Berlanti and its continued pursuit of free agent J.J. Abrams, whom Greenblatt says has several projects in the works at HBO.

“I don’t think we’re going to ever be at the Netflix-aggressive level, but we will be selective.” Greenblatt said. “If you look at the larger company, Warner Bros. Pictures and Warner Bros. Television with HBO and the new service and Turner and all that together—I think we’ll make a handful of those big deals, which obviously a J.J. would fall under because he would want to do stuff for everybody in this company.” He noted that Insecure creator Issa Rae has a deal that will allow her to produce content across WarnerMedia’s brands.

While Greenblatt spoke in generalities, this we know for sure: WarnerMedia’s multi-pronged content strategies will run the gamut from theatrical to linear to direct-to-consumer; its marquee brand, HBO, is going full throttle with its original programming; and the studio is targeting some major players to deliver competitive, lasting content. 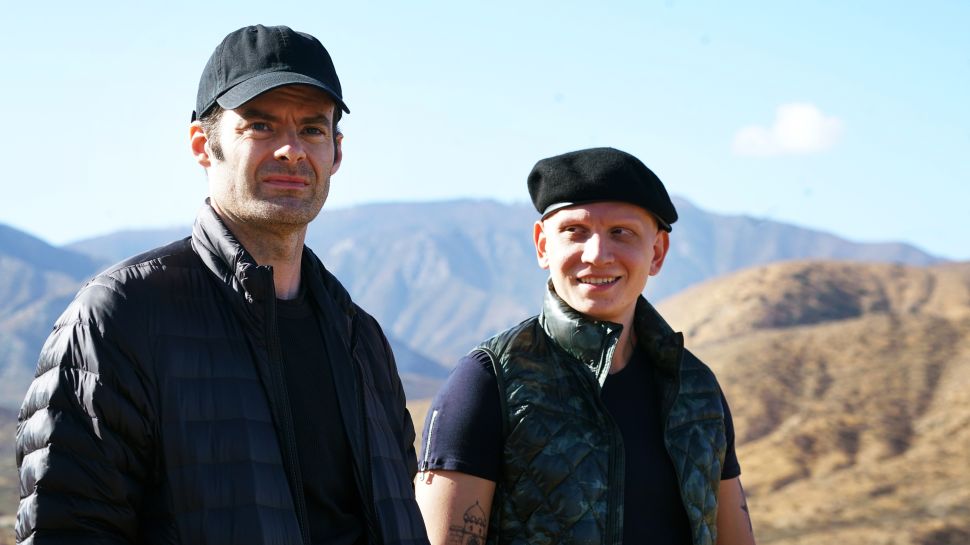