Swifties, do you smell that? The mercurial aroma of an artist perpetually in flux who’s preparing to unveil new music (or something similar) on Friday, April 26? Why, yes, that is Taylor Swift trotting down the streets of New York City, ostensibly attending her good friend Gigi Hadid’s birthday party but in fact engaging in a blatant act of self-promotion. Let’s analyze, shall we?

On Monday evening, the supermodel threw herself a denim-themed 24th birthday bash at L’Avenue in Manhattan, but Swift showed up looking decidedly prim in a fluttering floral slip dress, a red double-breasted houndstooth overcoat and soft pink velvet heels. Her baby blue purse was emblazoned with a picture of a cat on it, because of course it was.

But the devil is in the details. Swift, as Observer has previously reported, has been teasing the date of April 26 on her Instagram by posting tantalizing visual clues regarding what she might be up to. These social media images, which have swelled to include an aesthetically coherent cover of Time magazine, a snapshot of an aquamarine bicycle and a picture of pastel-suited figures clutching cheerful briefcases, were mirrored in the decidedly twee outfit Swift chose for Gigi’s soiree. Even the dipped ends of her hair, like her Instagram posts, were pink.

Swift’s bald-faced disregard for party etiquette and supermodel authority is particularly fascinating when you consider her history. Only a couple of years ago, you may recall, Swift’s messaging was fully focused around the idea of ride-or-die female friendship in large packs. In 2015, you couldn’t look at Instagram or the gossip press without being inundated with images of her “girl squad,” and back then, Swift probably would have leapt at the idea of adhering to the dress code at a buddy’s themed party. In 2019, it seems, not so much.

While exchanging DMs last night with a friend, I summed up Swift’s new aesthetic as that of “a cake shop run by Pussy Hat moms.” I stand by this, but would like to add that I will gladly and willingly listen to whatever music she drops at her audience’s feet at the end of the week. The singer already knows this. I suspect she’ll make up for her lack of visual acumen with absolutely fire lyrics. 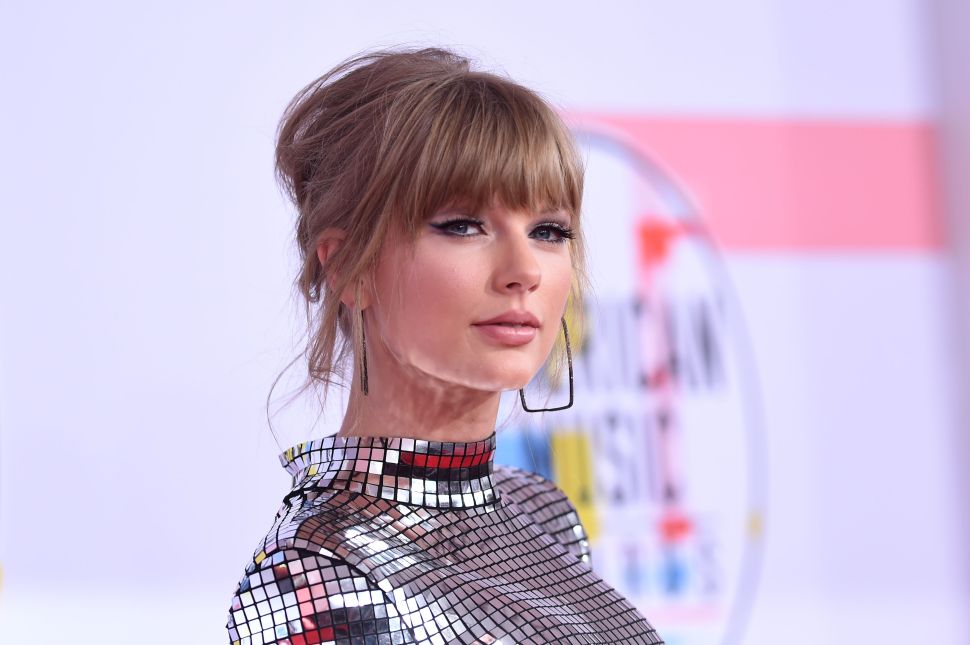