In October 2017, Michele Filgate published an essay on Longreads entitled “What My Mother And I Don’t Talk About.” Years in the writing, the piece discussed the abuse that Filgate suffered at the hands of her stepfather and how her mother’s silence protected him, ultimately leading to the breakdown of the relationship between the two women. The response to her work was the definition of viral, being shared on social platforms by the likes of Rebecca Solnit, Lidia Yuknavitch and many others. A common theme in the accompanying comment was how she had emboldened others to talk about the complexities of their own maternal relationships.

Now, a new essay collection of the same name edited by Filgate has invited those ideas to be fleshed out, collectively taking aim at the cultural narrative that circumscribes the role of the maternal parent. “Mothers are idealized as protectors: a person who is caring and giving and who builds a person up rather than knocking them down,” Filgate writes in her introduction to What My Mother And I Don’t Talk About, out from Simon and Schuster on April 30. “But very few of us can say that our mothers check all of these boxes. In many ways, a mother is set up to fail.”

The essay collection explores all of the ways that mothers can and do fail to live up to this often unattainable societal expectation. It breaks the taboo around discussing the way that our families may not have conformed to the standard set forth and upheld by a long-shared tradition. That was Filgate’s goal in putting together the book. “My hope for this book is that it will serve as a beacon for anyone who has ever felt incapable of speaking their truth or their mother’s truth,” Filgate writes. “The more we face what we can’t or won’t or don’t know, the more we understand one another.”

The biggest problem that seems to face many of the writers in this collection is how this cultural narrative renders them incapable of really seeing their mothers as people. Brandon Taylor (an editor at Electric Literature) admits point-blank in his essay: “The thing that kept me from writing about her, about grief, in fiction was that I lacked genuine, human feeling for my mother. Or, no, that’s not true exactly. What I lacked was empathy for her. I was so interested in my own feelings about her that I couldn’t leave room for her feelings or for what she wanted out of life. I couldn’t leave a space for her to be a person.”

In Taylor’s case, after his mother’s death, he found himself left to reckon with how her abusive behavior towards him was part of a larger pattern of abuse in her own life. His inability to see this before she died clouded their relationship, leaving Taylor to wish now that he had gotten to know her better, wish he “had tried harder. Sooner.”

Novelist and essayist Leslie Jamison also speaks to this idea in her essay, “I Met Fear on the Hill,” which closes the book. Jamison describes the experience of reading a novel written by her mother’s ex-husband about their relationship. She writes, “If it was slightly disorienting to imagine my mother as the source of Peter’s pain, it was far more disorienting to imagine her as someone with an outside narrative of her own.” For Jamison, the novel complicated her vision of her mother, in a good way. “It allowed me to see that both she and I have always been more complicated than the binaries I’ve constructed for us to inhabit, in which we are either identical or opposite,” Jamison writes. “We get so used to the stories we tell about ourselves. This is why we sometimes need to find ourselves in the stories of others.”

Another major theme that threads through the collection—both surprising and utterly expected—is the authors’ fathers. Many of the writers in this book reckon with the way their mothers failed to react to the abusive behaviors enacted by their husbands, even as those behaviors threaten the lives of their children.

In this way, the book exposes how fathers get let off easy. It’s not that the authors aren’t angry at their fathers. Many of them are. But our culture doesn’t hold fathers up to the same impossible standards to which we hold our mothers. Cathi Hanauer—herself an editor of a collection of essays, the New York Times best-selling The Bitch in the House—describes the domineering behavior of her father. She recalls how he refused to allow Hanauer to speak to her mother alone on the phone, how he would answer for her mother even when Hanauer asked a question he couldn’t answer about something like pregnancy or her mother’s blueberry tart recipe, and if he didn’t have anything to say he would react loudly to whatever was on TV until they included him again.

Hanauer is frustrated with her father, but more than that, she’s frustrated with her mother for letting him get away with it. Despite her father’s “temper and volatility, narcissism, need to control and dominate,” she admits that he is “intelligent, sometimes funny, and up on everything.” Of course, people are complicated, and it is fair for Hanauer to acknowledge that, but at the same time, she seems to allow much more room for her father to be complicated than for her mother.

This is perhaps at least partly because of the cultural expectations we pin to “proper” motherhood that has made it difficult for Hanauer to see her mother—to know anything about her beyond the ways that she didn’t mother suitably in Hanauer’s eyes. And yet, when Hanauer finally does sit down with her mother to talk, to learn about her, the conversation focuses almost exclusively on her father, on why her mother let him do certain things, on how she felt about his behavior. In this way, even in exploring what people don’t talk about with their mothers, the actual mother gets left behind.

Of course, while it is possible to draw patterns, ultimately What My Mother and I Don’t Talk About shows us fifteen ways that fifteen people understand their mothers. Writers like Melissa Febos and Alexander Chee seek to protect their mothers from the pain in their own lives rather than idealizing their mothers as protectors. Julianna Baggott admits that what she and her mother don’t talk about is, well, not much—her contribution is called “Nothing Left Unsaid.” Some mothers seem cruel for no reason, but oftentimes what seems like cruelty on the surface is explained by trauma, by mental illness, by their own narratives that they’ve told themselves about how to be a woman and a caregiver. The book cracks open our expectations, asking us why we let ourselves be blinded by the myth of the mother so much that we can’t see our mothers as people—as complicated and varied as the rest of us. 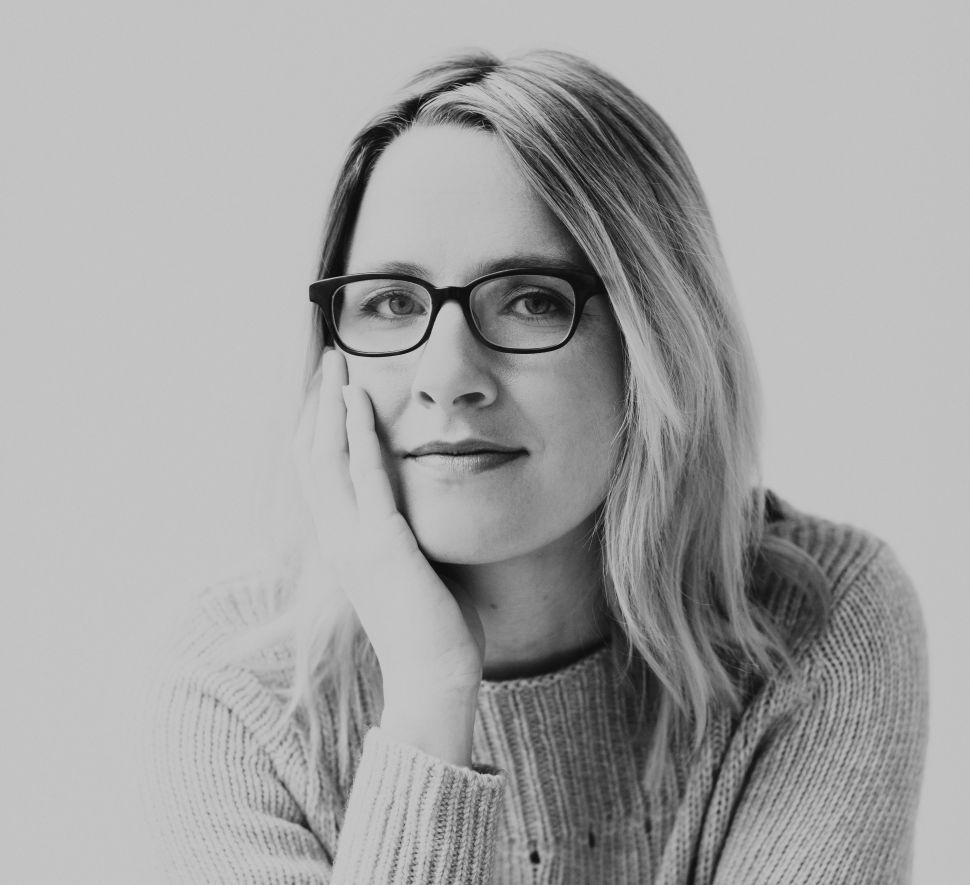