As Meghan Markle, Duchess of Sussex, and Prince Harry, Duke of Sussex, prepare for the imminent arrival of their first child, they’ve been in the midst of a great deal of transition within the royal fold. First, there’s the matter of where the couple will do business. Harry and Meghan and Prince William and Kate Middleton have created two separate offices within Kensington Palace to manage their disparate operations, and the Sussex office will eventually move to Buckingham Palace. Then there’s the matter of where they’ll keep residence—the Duke and Duchess of Sussex are scheduled to finally move into Frogmore Cottage on the sprawling Windsor Estate (it’s really more of a mansion than a cottage) this month.

But now Meghan and Harry have fed a very crucial bit of content to the eager masses while we await more details about their marital bliss: The Duke and Duchess of Sussex have launched their own joint Instagram account.

“Welcome to our official Instagram; we look forward to sharing the work that drives us, the causes we support, important announcements, and the opportunity to shine a light on key issues. We thank you for your support, and welcome you to @sussexroyal.”- Harry & Meghan

This new account—which set a Guinness World Record within six hours of its debut and currently has more than two million followers—marks a separation that mirrors the aforementioned split-up offices and homes: The Kensington Palace Instagram account, which previously focused on both royal couples, looks as though it will now devote its attention entirely to the Duke and Duchess of Cambridge, as evidenced by a recent change to the account’s profile images.

If the Sussex Royal account’s first post is any indication of things to come, prospects of highly reported-upon instances of social media use are looking real good. The first photo in a gallery of nine (!) is an absurdly classy navy blue background with white writing that reads: “OFFICIAL INSTAGRAM for their ROYAL HIGHNESSES the DUKE and DUCHESS of SUSSEX.” Simple. Nice.

What follows are pictures of Harry and Meghan greeting spectators waving the Union Jack, Harry and Meghan having fun while sailing, fans of the couple brandishing a sign that says “We’re supposed to be studying” (same), Harry clad in military camouflage shaking another military guy’s hand, Meghan hugging two women, Harry (plus a bunch of other people) pushing against an elephant for some reason, Meghan smiling with a smitten-looking woman in a wheelchair, four young women wearing hijabs, and Harry and Meghan smiling and waving to a crowd with their backs to the camera.

As Meghan and Harry further establish their humanitarian identities independent of the scene at Buckingham Palace, this new Instagram account should serve as an essential new tool for distributing their messaging. After all, before she started dating Prince Harry (and subsequently deactivated her old accounts), Meghan was a prolific Instagrammer who also wrote a health and lifestyle blog called The Tig, so her influencer-adjacent skills are already well honed.

Plus, the prospect of Prince Harry coming into his own as an Instagram Husband is almost delightful enough to distract a pop culture obsessive from the perpetual disaster that is Brexit. Almost. 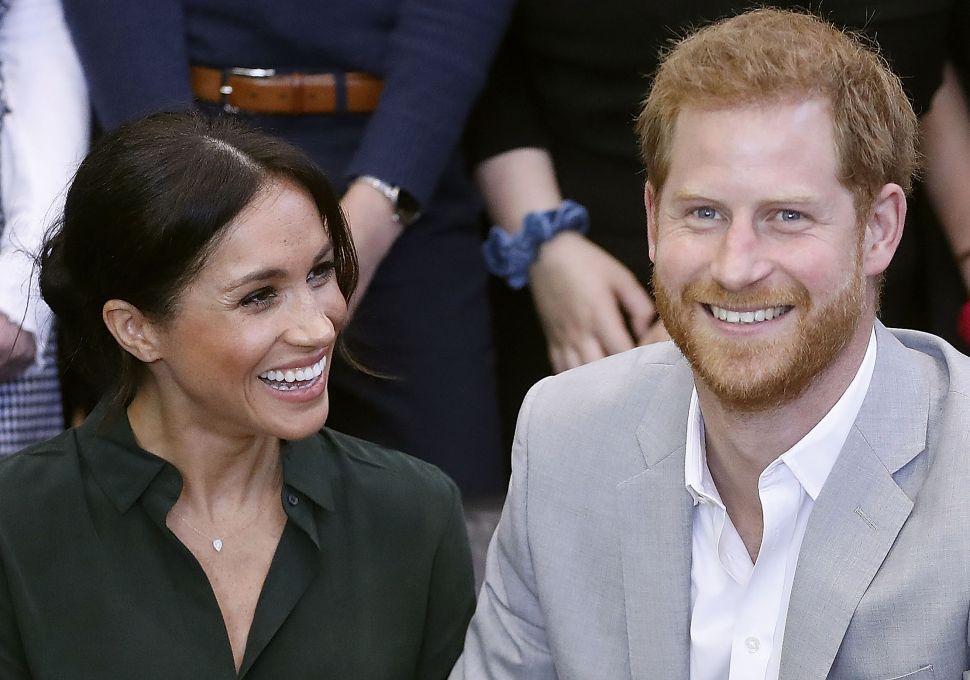