Lori Loughlin and her husband, Mossimo Giannulli, officially pled not guilty on Monday to charges of conspiracy to commit money laundering and conspiracy to commit fraud, court filings show. It’s been nearly two weeks since the couple, who were accused of paying massive bribes to secure their children’s entrance into elite universities, appeared in federal court in Boston.

Since then, some parents involved in the massive scandal, dubbed “Operation Varsity Blues,” have elected to plead guilty to the various charges against them. One such parent is Desperate Housewives actress Felicity Huffman, who released a public statement that coincided with her admission that she had engaged in conspiracy to commit mail fraud and honest services mail fraud.

“I accept full responsibility for my actions and will accept the consequences that stem from those actions,” Huffman said on April 8. “I am ashamed of the pain I have caused my daughter, my family, my friends, my colleagues and the educational community. I want to apologize to them and, especially, I want to apologize to the students who work hard every day to get into college, and to their parents who make tremendous sacrifices to support their children and do so honestly.” Gregory Abbott, a New York City food and beverage distribution mogul who moonlights as an erotic novel writer, also pled guilty.

Loughlin and her husband are clearly pursuing a different route, but it’s difficult to determine why they are. The outcry that’s exploded in the wake of this case has been hard, fast and heavy for all the defendants. The idea of the accused shelling out hundreds of thousands of dollars to buy their kids’ placement into the schools of their choice has sparked rage in civilians and celebrities alike.

Plus, the details that pertain to Loughlin’s children are too juicy to ignore: Charges allege that the former Full House (and Fuller House) actress and her husband forked over $500,000 in bribes to a fraudulent charity in order to secure their daughters, Olivia Jade and Isabella Giannulli, admission into the University of Southern California. Olivia Jade is not only a student, but also a YouTube beauty blogger (and punctuation experimentalist) with aspirations of starting her own makeup line, Olivia Jade Beauty.

Regardless of Loughlin and Giannulli’s plea, this family’s reputation is pretty much in the gutter. Given their less-than-desirable position, pleading not guilty could be a way of saving face, of maintaining some semblance of moral purity even as the evidence implying otherwise piles up. Or perhaps the couple doesn’t want to admit to their children that they intervened in their lives to such a criminal degree that they put all of their reputations on the line. Meanwhile, some reports claim Loughlin didn’t accept the initial plea deal that Huffman embraced because she was in “complete denial” about the prospect of serving time in prison, and didn’t want to grapple with the fact that she would actually have to engage with the case in a serious way.

But the charges lobbed against Loughlin and her husband are certainly serious. If they’re found guilty, they could each receive a maximum sentence of 20 years in prison, and pleading not guilty to the feds could turn out to be a fateful decision.

“If you go forward and fight this case you really could wind up with a sentence that is a lot of time in prison,” CBS News legal analyst Rikki Klieman told Page Six. “By having all these guilty pleas at one time… it’s to send a message out there to the remaining defendants that you better get in here and you better get in here quick.”

What if the lady better known as Aunt Becky is actually found to be not guilty? Now that would be the biggest twist in the entire saga. 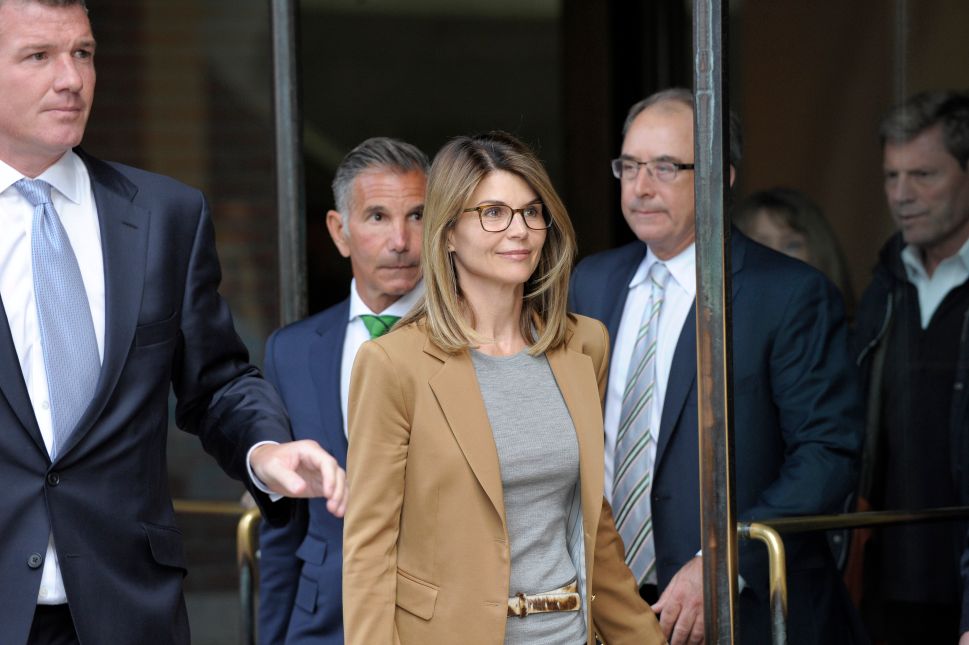