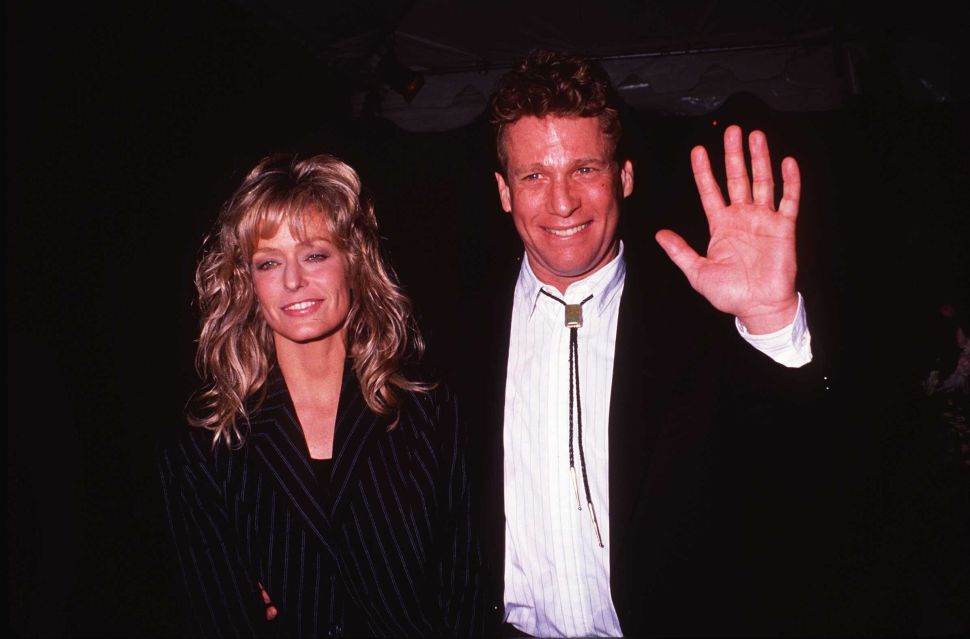 The last days of actress and model Farrah Fawcett’s life were marred by pain and illness, but at the height of her career she was a force to be reckoned with, both as an artist and as a muse. She had a vivid energy that Andy Warhol captured in 1980 with a series of two twin portraits that depicted her arresting gaze in profile. Fawcett died in 2009 (on the same day as Michael Jackson) and in her will she apparently left at least one of these portraits to the University of Texas, her alma mater. The other painting currently belongs to 77-year-old actor Ryan O’Neal, with whom Fawcett was in a deeply tumultuous relationship for more than 30 years. But it may not stay in his possession for long—O’Neal is now attempting to sell it to the tune of about $18 million, reports the New York Post.

A source told Page Six that Fawcett’s ex wants the painting to go to a collector because he doesn’t want to pass it down to his adult kids. O’Neal has four children, but only had one son with Fawcett: Redmond O’Neal, who was arrested in 2018 after attempting to rob a convenience store and threatening its clerk with a knife.

Paperwork obtained by Page Six said that the Warhol was appraised to be worth up to $24 million in 2018, but the source said that O’Neal would be “willing to let it go for less.”

Not only was she the subject of art, Farrah Fawcett was an artist herself (and a @utaustintx student!). Come see this 1980 #AndyWarhol portrait in our gallery, then check out @umlaufsculpture's exhibition, "Mentoring a Muse," featuring works of and by Farrah Fawcett. #blantonmuseum #art #tbt

In 2013, O’Neal won possession of the 40-inch square canvas after a prolonged legal battle between himself and the University of Texas. The institution claimed that Fawcett had left it both paintings in her last will and testament. Over the course of these legal proceedings, it was revealed that when the Charlie’s Angels star caught O’Neal in bed with another woman in 1997, the couple separated. Subsequently, O’Neal gave the Warhol to Fawcett to keep in her home because his new, younger girlfriend felt “uncomfortable with Farrah staring at her.” When Fawcett died, O’Neal went to her house and took the painting back—with permission from her estate, he insisted.

He justified his ownership of the painting to the jury in 2013 by conveying how much he missed Fawcett. “I talk to [the painting],” O’Neal said, according to The Telegraph. “I talk to her. It’s her presence in my life and her son’s life. We lost her. It would seem a crime to lose it.” Now it seems O’Neal is no longer as invested in retaining the piece.

For decades, O’Neal was a looming presence in Fawcett’s life. “She has lots of money; we’re trying to find out how much,” he told Vanity Fair in 2009, as Fawcett was spending her final days hospitalized and sedated. “I think she’s got about $25 million in the bank and in properties.” In the same interview, O’Neal casually mentioned that at Fawcett’s 60th birthday party, he fired a gun at his son, Griffin. “I could have hit him, but I missed. Farrah was lying in bed, and she could hear it all—fights, swinging, gunshots,” O’Neal said.

Before that, in 1999, actress Tatum O’Neal told Talk magazine that her father had abused Fawcett during their relationship. “He had a terrible temper and was very violent,” she said. “He beat her up.”

It may seem frustrating enough that Ryan O’Neal stands to profit from the sale of the famous portrait, but for some, it’s even more frustrating that Fawcett isn’t alive to oversee the distribution of her possessions herself. 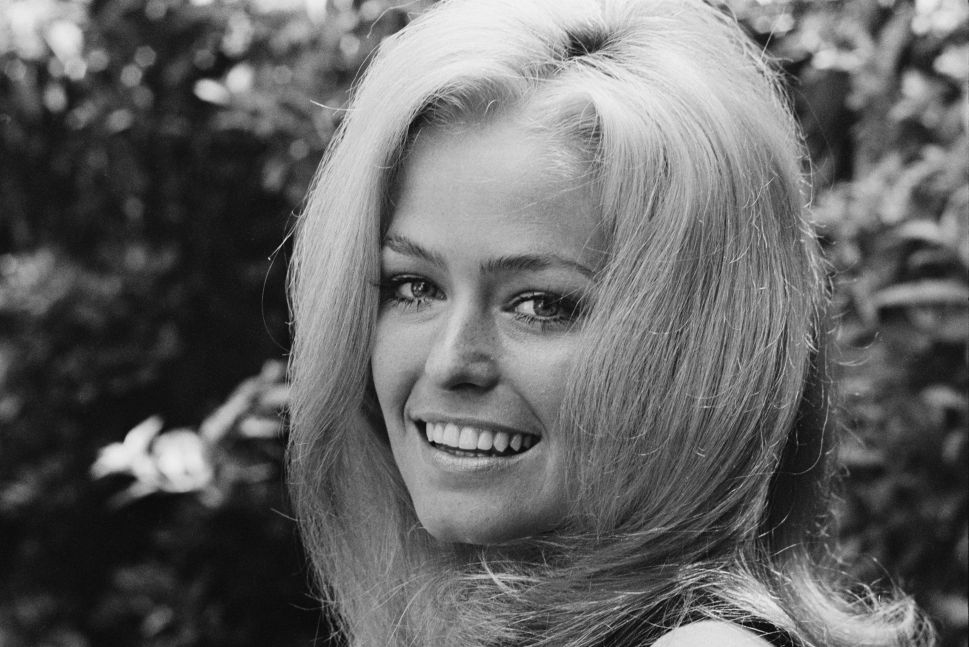