In the world of Easter eggs, the rarest and most sought-after has to be the Russian Fabergé Eggs, a collection of 50 lavishly decorated Easter eggs owned by the Russian royal family in the late 19th century.

Many eggs in the original collection were lost by the royal family during the Russian Revolution in 1917 and ended up in the hands of foreign private collectors and museums a few years later. But one of oldest eggs—and arguably the most expensive one in the collection—wasn’t rediscovered until nearly 100 years after its last sighting. And the egg wouldn’t have found its deserving place had it not been for an accidental Google search in 2012.

The hidden gem in question was the Third Imperial Fabergé Egg, a jeweled and ridged yellow gold egg standing on its original tripod pedestal with a surprise Vacheron Constantin lady’s watch inside.

Created by Imperial Russia’s famed jeweler, the House of Fabergé, between 1886 ad 1887 for the Russian Tsar Alexander III as an Easter gift to his wife, the Third Imperial Fabergé Egg was kept by Russian royalty for 30 years before being confiscated by the Moscow Kremlin Armoury during the revolution.

In 1922, the Kremlin Armoury handed the egg to the government of the newly formed Soviet Union.

After that, its provenance was lost. The egg somehow made its way to America and was sold at a New York auction for just $2,450 without its documentation in 1964.

Four decades later, the egg resurfaced in a Midwestern flea market in the U.S., when a scrap metal dealer purchased it for $13,302 for its intrinsic gold and gem value.

It wasn’t until 2012 when the buyer discovered through a random Google search that the egg was, in fact, the missing Fabergé Egg once owned by Russian royalty.

In 2014, the egg was sold in a London auction to British antique dealer Wartski on behalf of an unidentified collector. The dealer didn’t reveal the amount it paid, but some estimates valued the egg as high as $33 million, making it the most expensive Fabergé Egg ever traded on the private market.

In a report about the 2014 auction, U.K. newspaper Telegraph said that the scrap metal dealer who bought the egg in the 2000s lived in a modest home in the Midwest. The residence was “next to a highway and a Dunkin’ Donuts. There was the egg, next to some cupcakes on the kitchen counter,” Wartski told the newspaper. 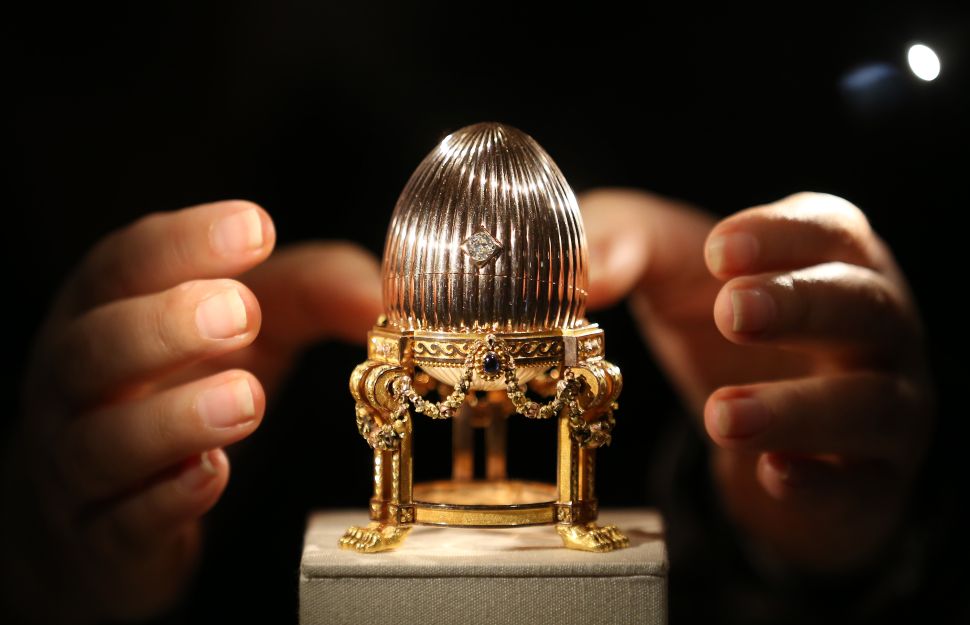