Like a handful of influential teen idols before him, Zac Efron is trying to remodel himself as a serious actor while also taking pains to retain his fan base. Over the years, the High School Musical alum has telegraphed his earnest cinematic chops by appearing with Nicole Kidman in The Paperboy, preening in Harmony Korine’s latest outing The Beach Bum and (most famously) taking on the role of serial murderer Ted Bundy in the upcoming biopic  Extremely Wicked, Shockingly Evil and Vile. Now, in an effort to diversify his brand, Efron has joined YouTube as a live streamer. Unfortunately, some denizens of the video-sharing platform are none too pleased with this development.

When YouTube tweeted from its official account that Efron had started his own channel, some commenters asserted that the platform was being biased in signal-blasting the famous actor, as opposed to devoting its energies to promoting some of the hundreds of thousands of independent YouTubers who don’t have instantly recognizable names).

Oh good another mainstream celebrity getting endorsed by YouTube. Meanwhile our favourite content creators are getting demonetised and copyright striked into oblivion.

Chafing at Efron’s attempt to join the live-streamer throng is understandable, and not just because his content comes off as pretty bland—Efron is launching two innocuous-sounding weekly series called “Off the Grid” and “Gym Time.” They’ll feature him engaging in outdoor activities like hiking and flyboarding and sharing his thoughts on nutrition.

YouTube, which was founded in 2005 as a basic video-sharing platform, has evolved into a vast ecosystem that entails platform-specific celebrities, stiff competition among users for elusive advertising dollars, rampant conspiracy theories perfectly engineered to radicalize vulnerable viewers and creepy child stars. Its growth is comparable to that of Facebook, which progressed from humble beginnings to having a communications stranglehold on the entire planet.

As the platform’s popularity has grown, its leadership figures have gotten more interested in challenging the status quo, perhaps to the detriment of its independent creators’ livelihoods. In 2018, YouTube launched a live-streaming platform to compete with established television cable networks and other streaming platforms. (It’s worth nothing that live streaming as a medium has been around since 1996, and has already catapulted unlikely figures like Ice Poseidon to unheard-of fame and fortune.). In addition to Efron, Will Smith and Jack Black have their own channels.

Ultimately, given how incredibly profitable a YouTube channel can be—the platform’s current top earner is a 7-year-old who took home $22 million in 2018—someone like Efron hopping on the live-stream train was pretty much an inevitability. He’s winsome and compulsively binge-watchable, which is, of course, the point. 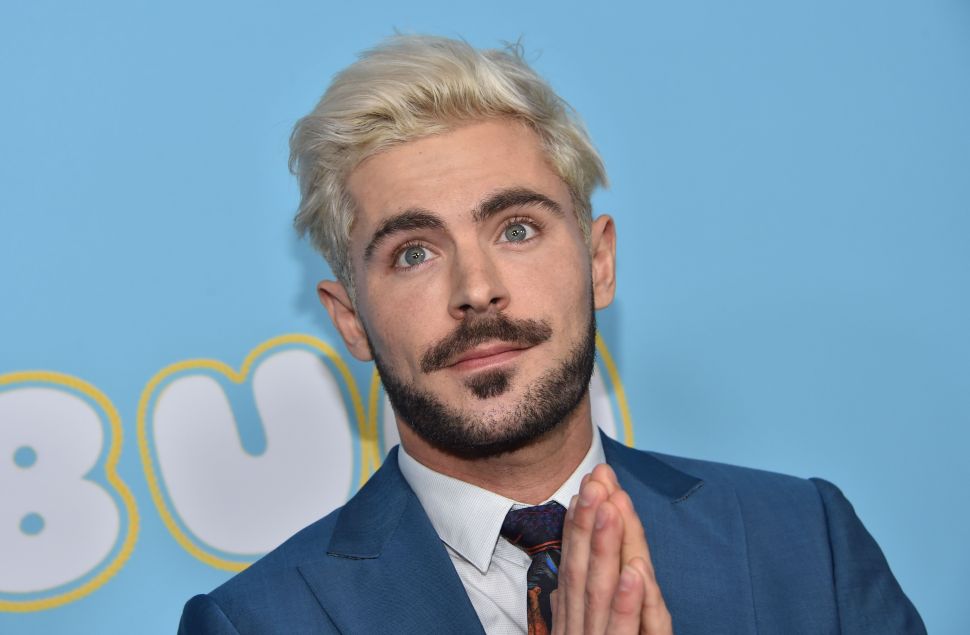