Critiquing fashion can feel like a thankless task, because the stakes are at once so high and so low. Even when someone pulls a miraculous look out of the blue, essentially stopping time and drawing every eye in the room, what is it all for? This abject sensation—this notion that no matter what happens, we’re all going to die anyway, so we might as well go for broke and reach for the aesthetic stars—is a crucial element of camp.

“Camp” as a descriptor was coined by the writer and theorist Susan Sontag in 1964 in her classic essay “Notes on Camp,” and her analysis has persisted through the decades until it eventually ended up as the theme for the 2019 Met Gala at the Metropolitan Museum of Art in New York City.

“Camp: Notes on Fashion” is the exhibition that inspired this year’s theme, which means that the celebrities who were invited to the party (stewarded again by Vogue editor in chief Anna Wintour) were given a nearly impossible task: Make fun of themselves without giving the impression that you are in on the joke. True camp, to paraphrase Sontag herself, is largely unintentional. It’s having a concept in mind, swinging for the fences and then face-planting, all while projecting an aura of innocence and unearned confidence that somehow renders the whole effect worthwhile.

Ever since Rihanna showed up at the 2015 gala in her meme-launching egg yellow Guo Pei showstopper, the game has fundamentally changed. Everyone feels comfortable getting gussied up in over-the-top couture nowadays, but few celebrities actually manage to carry it off.

Below are the 2019 Met Gala attendees who managed, in our crazy and image-inundated times, to show their moment-starved audience something truly special—and, at times, truly camp.

Resplendent in a Moschino by Jeremy Scott bejeweled candelabra, Perry showed that either she or one of her stylists had actually consulted Sontag’s text while planning her look for this event. One of the best lines in the essay is as follows: “Camp sees everything in quotation marks. It’s not a lamp, but a ‘lamp’; not a woman, but a ‘woman.’ To perceive Camp in objects and persons is to understand Being-as-Playing-a-Role. It is the farthest extension, in sensibility, of the metaphor of life as theater.” Behold Katy Perry, the “woman-lamp.”

Miller is known for his status as a fashion icon, and the queer actor and artist didn’t disappoint with his Met Gala ensemble, which featured both hyperrealistic images of eyes painted above and below his real ones and a creepily accurate accompanying mask of his own face. Sure, it’s a little stupid and muddled conceptually (is he making a point about the multiplicity of perspectives a person can have based on their identity, or is he saying that identity is merely a superficial shield? Who can say?), but the getup is both self-serious and fabulous. It’s the very definition of camp.

This outfit was a big hit on Twitter for a good reason: Musgraves absolutely nailed the thin line between technical beauty, bad taste, outdated references and uncomfortably dead-on execution that defines the more nebulous ideas behind camp. Who even thinks that much about Barbie, a retrograde children’s doll, anymore? Musgraves does, and she probably ripped her Barbies’ heads off when she was a child, just like you did. 10/10.

Cardi B knows her recent fashion history, and she wasn’t afraid to show off her archival mastery. This Thom Browne stunner, with its enormous round train and decorative plumage, operated as a direct shout-out to Rihanna’s similarly outré Guo Pei gown while also functioning as a head-turning statement that felt perfectly Cardi B. Plus, that headpiece is just killer.

Pose star Porter already won the Oscars earlier this year with his Christian Siriano gown, and he pretty much owned the 2019 Met Gala with this Cleopatra-inspired look designed by The Blonds. Now that’s talent. 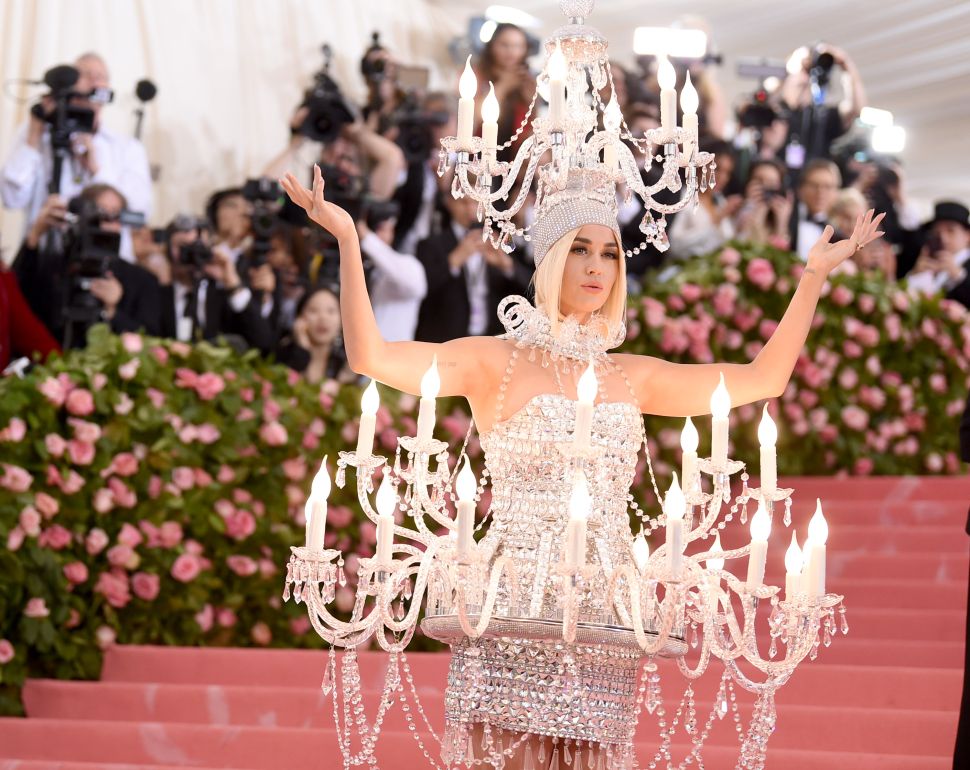