The scope of the 2020 census is now in the hands of the U.S. Supreme Court. The justices recently heard oral arguments in Department of Commerce v. New York, which involves whether the 2020 decennial census questionnaire can include a question requesting citizenship information.

The court’s decision whether to block or approve the controversial citizenship question is predicted to significantly impact the response rate to the census. If immigrants do avoid the census, it will result in a significant undercount of the population, potentially reducing the number of congressional seats and the amount of federal funding in states with large immigrant communities.

The U.S. Constitution (Article I, sec. 2, clause 3) requires that an “actual Enumeration” of the population be conducted every 10 years to apportion representatives in Congress among the states, and vests Congress with the authority to conduct that census “in such Manner as they shall by Law direct.” The Census Act delegates to the Secretary of Commerce the responsibility to conduct the decennial census “in such form and content as he may determine,” and “authorize[s] [him] to obtain such other census information as necessary.”

The Constitution only mandates that the country’s total population (i.e., everyone living in the country) be counted. However, the census has asked citizenship questions in the past. In fact, it was part of the survey from 1890 to 1950. The Census Bureau eliminated the question completely in 1960, in large part because it had created other survey methods that counted the country’s non-citizen population more accurately and with less risk of alienating certain respondents.

On March 26, 2018, Secretary of Commerce Wilbur Ross issued a memorandum directing the Census Bureau to reinstate a question about citizenship status on the 2020 census questionnaire. In his memorandum, Ross asserted that his decision was prompted by a letter from the Department of Justice (DOJ), dated December 12, 2017, which requested reinstatement of the citizenship question to facilitate enforcement of Section 2 of the Voting Rights Act (VRA).

This time around, the planned citizenship question asks: “Is this person a citizen of the United States?” The following response options are available:

According to the Trump administration, citizenship data is essential for enforcing the Voting Rights Act and its protections against voting discrimination. However, critics contend that adding the question is politically motivated.

Notably, the census does not ask whether noncitizens are legally in the country, and the Census Bureau must keep responses confidential. However, given the current political climate, there is still fear among some immigrants that their information will be turned over to immigration authorities and be used to deport them or people in their family. The Census Bureau’s own pretesting studies revealed that “respondents’ fears, particularly among immigrant respondents, have increased markedly.”

Not surprisingly, the decision to add the citizenship question to the census has sparked legal challenges. Several states, cities, counties and non-profit organizations, including the State of New York, have filed suit. They allege that the secretary’s action violates the Enumeration Clause; is arbitrary and capricious under the Administrative Procedure Act (APA); and denies equal protection by discriminating against racial minorities. The suit also maintains that Secretary Ross’ stated reasons in his memorandum are pretextual and that his decision was driven by undisclosed reasons, including animus against minorities.

The district court dismissed the plaintiffs’ claims under the Enumeration Clause, but allowed the claims under the APA and Due Process Clause to proceed. After conducting a trial, the district court ruled that Secretary Ross’ decision to add the citizenship question to the 2020 census questionnaire, while not inconsistent with the Constitution, ran afoul of the APA. The federal government appealed directly to the U.S. Supreme Court, asking the justices to consider the case before the court of appeals.

The Supreme Court agreed to consider the following issues:

(1) Whether the district court erred in enjoining the secretary of the Department of Commerce from reinstating a question about citizenship to the 2020 decennial census on the ground that the Secretary’s decision violated the Administrative Procedure Act, 5 U.S.C. 701 et seq; and (2) whether, in an action seeking to set aside agency action under the APA, a district court may order discovery outside the administrative record to probe the mental processes of the agency decision-maker—including by compelling the testimony of high-ranking executive branch officials—without a strong showing that the decision-maker disbelieved the objective reasons in the administrative record, irreversibly prejudged the issue, or acted on a legally forbidden basis.

The Supreme Court case has garnered the attention of a variety of interested parties, including civil rights groups and both political parties. Five former directors of the Census Bureau also filed a friend of the court brief in support of the challengers. “The longstanding view of the Census Bureau—reaffirmed by several recent Census Bureau analyses—is that addition of the question will reduce the accuracy of the population,” they wrote.

During oral arguments, the court appeared divided along ideological lines, which could land the Trump administration on top. The members of the court’s conservative block seemed convinced that Ross was within his authority in reinstating the citizenship question, highlighting that it had been used before in the United States and is currently used in many countries around the world. Meanwhile, the court’s liberal justices expressed concerns over Ross’ motives, noting that his decision went against the recommendations of census officials.

The Supreme Court is expected to rule by June. 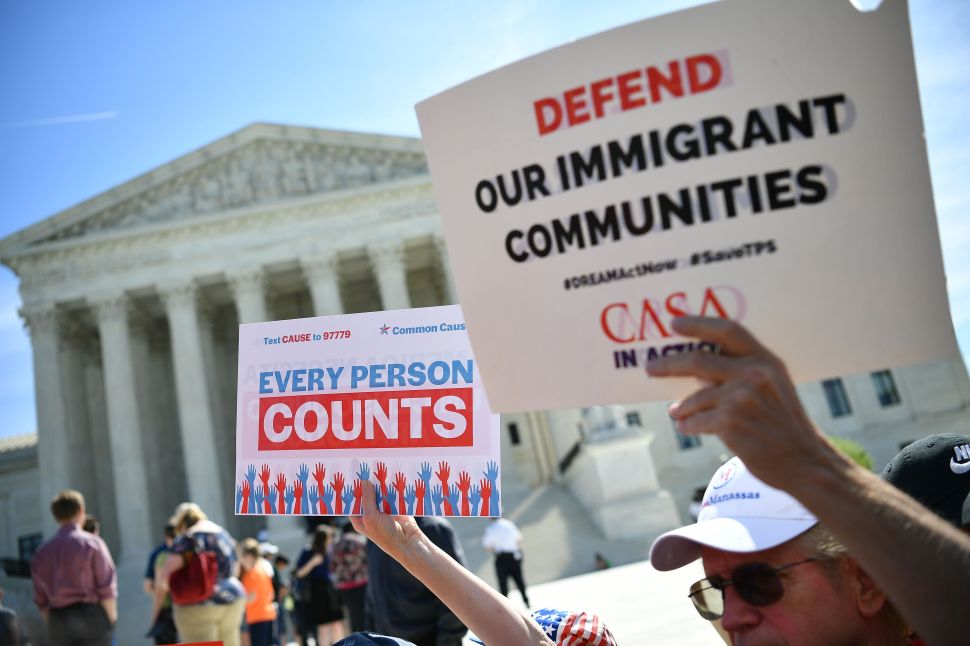