Alabama, the state that begot alleged pedophile Roy Moore as a credible political contender, has done it once again. On Tuesday, the Republican-controlled Alabama state legislature passed a measure that would ban abortion—even in the circumstances of rape and incest. And no amount of protesters dressed up in Handmaid’s Tale costumes could stop it.

When the Alabama law goes into effect, it will eliminate all abortion options once a woman knows she’s pregnant, making the state the stomping grounds of the country’s most restrictive abortion law—and paving the way for the Supreme Court to potentially overturn the landmark Roe v. Wade ruling.

And what better utopia to ban abortion than a state where one in four Alabamians is functionally illiterate and has one of the worst poverty rates in the developed world. Now, every woman of the State of Alabama has to take on the burden of delivering a child to full term—pretty much legally taking effect right after the point of conception. The only thing that would make this real-life, present-day dystopian future more ludicrous is if Roy Moore was sitting in the state’s Senate seat, but Alabama managed to achieve this glorious accolade without him.

To understand what just happened this week in Alabama, let’s look back at the history of abortion laws in the United States. Believe it or not, the history of abortion laws in America has xenophobic roots that echo modern-day Trump-landia. In the mid-to-late 1800s, states began passing anti-abortion laws, largely due to the fear that the population of the United States would soon be dominated by children of newly arrived immigrants—especially those pesky Catholics and non-whites. In 1868, long before chants of “build that wall,” physician and anti-abortion leader Horatio R. Storer posed the question: Do Americans want the West to “be filled by our own children or by those of aliens?” So, in order to make America white again, abortion laws went into effect to ensure there would be higher birth rates from “native” Anglo-Saxon women.

Adding to this, the fatalities that occurred during an abortion procedure were similar to the dangers of other medical procedures of the time. Imagine a time when hospitals were not common, antiseptics were practically unknown, and the average doctor was only required to have an archaic medical education. This was an era in which it didn’t occur to physicians that there was a need to wash their hands before surgery, and even childbirth was a common cause of death. Abortions, along with almost all surgical procedures of the time, were extremely risky. So while modern medicine was still in a primitive state, women had to seek out back-alley abortions—with medical standards at a drastically sub-par level for a medical sub-par era.

But, it was the American Medical Association (AMA) that pushed the move to ban abortions in the U.S. Physicians wanted to have a monopoly over practicing medicine in America. Thus, they wanted to prevent such practitioners as midwives, apothecaries and homeopaths from competing with them for patients. And the best way to achieve that monopoly was to eliminate one of their principle procedures that kept these competitors in business: abortions.

By 1910, all but one state in America had criminalized abortion, except in cases when the judgment of a doctor deemed it necessary to save a woman’s life; thus, transforming legal abortion into a “physicians-only” practice.

But that was all back in old-timey days—when everyone had twirly mustaches, and horseless carriages were becoming all the rage. According to The Guttmacher Institute, Alabama has now joined the ranks of 26 countries around the world that ban abortion without exception.

Alabama, you have come a long way! 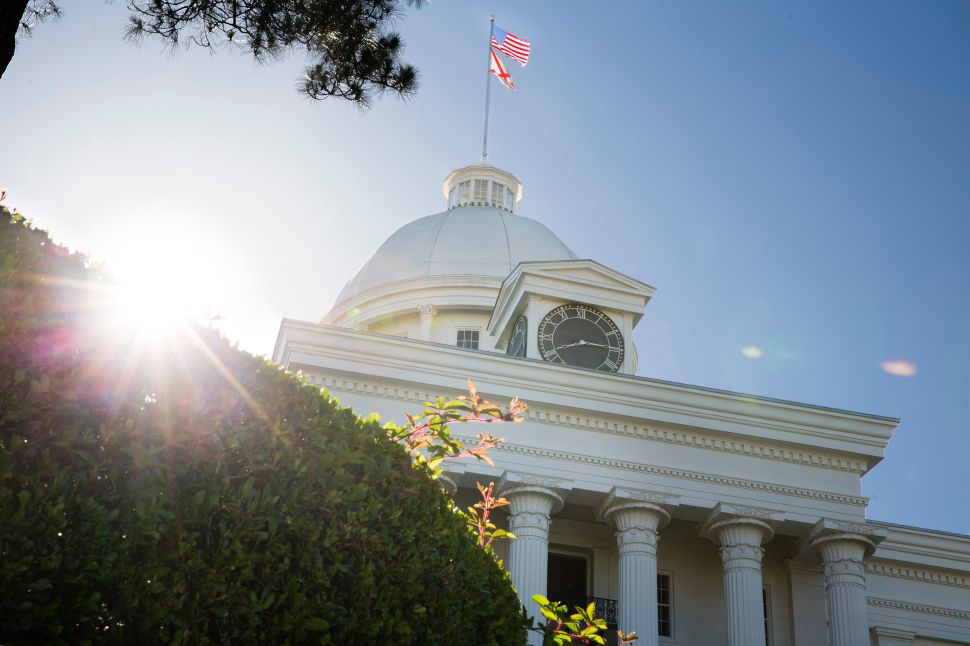