For a hint of what awaits women in America, where (male) lawmakers in Louisiana rushed through yet another law banning abortion after six weeks of pregnancy—which is when most women ascertain they’re pregnant in the first place and first begin to ponder this decision regarding their health—and where Missouri’s lone abortion clinic, in St. Louis, will likely close over the weekend unless a judge intervenes, take a peek at Poland.

Thanks in large part to the influence of the Catholic Church, an all-male hierarchy, Poland’s far-right government has some of the strictest abortion laws in Europe. Women can legally terminate a pregnancy only if the mother’s life is in danger, if the fetus is malformed, or if the pregnancy is the result of rape or incest. (That is, Poland’s far-right government has an abortion law that is more liberal than both the “pro-life” state of Alabama’s and Louisiana’s laws, both of which have no exceptions for rape or incest.)

But in most cases, as Foreign Policy reported, even when an abortion is legal, doctors will refuse to perform the procedure. One Warsaw doctor once declined to abort a fetus so badly deformed it was born without a skull; the baby died nine days later.

Yet, about one in four Polish women have nonetheless chosen to terminate a pregnancy, according to researchers. This tracks with international data published by the Guttmacher Institute, a pro-choice research group, that suggests abortion rates are near-identical regardless of legality.

Those who could—that is, the “highly educated and professionally active” women in their early 30s—went abroad for the procedure, with nearby Germany the most popular destination for the “one-time event,” according to a 2017 study examining “Polish abortion tourism.”

They did this because they “were pressed for time” and had to make a decision quickly, and Germany has abortion services that are both free and quick. This, and they were deathly afraid of the “safety concerns related to having a back-street abortion” at home in Poland, where abortion is restricted. Unsafe or illegal abortions kill 30,000 women worldwide—or, if you are truly committed to the pro-life argument, at least 60,000 people.

This is the landscape mostly male lawmakers, mostly in the South, are eagerly and cheerfully racing toward. Louisiana is the eighth state to recently pass a “heartbeat bill,” which bans abortion the moment a fetal heartbeat can be detected by an ultrasound machine.

This almost certainly violates Roe v. Wade, which has stated that the first moment abortion can be regulated is “fetal viability,” as The Cut observed—and that’s the point. With a Supreme Court now stocked with arch-conservative Trump appointees—you will be shocked to learn keening career frat boy Brett Kavanaugh appears to be an avowed pro-lifer—the current political moment is seen as the best in decades for Roe v. Wade to be overturned.

You can look at Poland, but you can also look long and hard a at the United States, where women were forced to travel far and wide to access pre-natal health services well before the recent spate of bans.

In December 2017, health officials in Illinois noticed an increase of more than 30 percent in the number of women crossing state lines to come to Illinois to terminate a pregnancy. Even prior to Louisiana’s ban, which has not yet taken effect and won’t until a series of court challenges are unraveled, abortion clinics were an endangered species. There were 17 clinics in the state in the early 1990s, according to The Guardian; now, there are three. As Missouri is demonstrating, you don’t need to ban abortion, per se, if you can run anyone offering the service out of town. At least some women from Missouri have already been traveling to Illinois to seek the service; many more will come if the St. Louis clinic closes.

It warrants mention that what goes on in Poland and what will go on in Louisiana, Alabama, Missouri and any other state that outdoes the Polish-Catholic outlaw model in its zeal is not what Americans want.

Americans are deeply and probably hopelessly polarized on the issue of abortion itself—exactly 48 percent identity as pro-life and pro-choice respectively, according to Gallup—but a solid majority of Americans absolutely want a woman to be able to make the choice if the pregnancy endangers her life or is the result of rape or incest. Even a majority of pro-lifers say abortion should “generally be legal” in those circumstances.

Abortions are not fun, for anyone. In case you care: I, a man, have been involved with the termination of exactly one pregnancy. (That is: I helped create it, and I did what I could with emotional and material support when the decision was made to terminate it.) The experience was bad. It was expensive, and it was an emotional shit-show. Eleven years later, it is unpleasant to think about. But I think it was the right decision and am grateful it was a decision we—she—had the ability to make. If travel and accommodation arrangements were also required, it might not have happened. We would have gone (further) into debt, or taken more drastic measures, or been forced to have a baby neither of us really wanted or could handle.

Does the picture become clearer? The abortion bans are an obvious patriarchal power move that punishes every woman but none more profoundly than the poorer classes, who don’t have the luxury of taking any kind of vacation. These archaic laws don’t stop abortion, they only make it unsafe, or deadly, or a trapping only of the wealthy. It is a war on women and the poor—a war on society’s less powerful and more vulnerable. There will be no swaying the ideologues on either side of the justness of this war’s cause, but there is no denying its effect: death. If you are truly pro-life, this should give you pause. 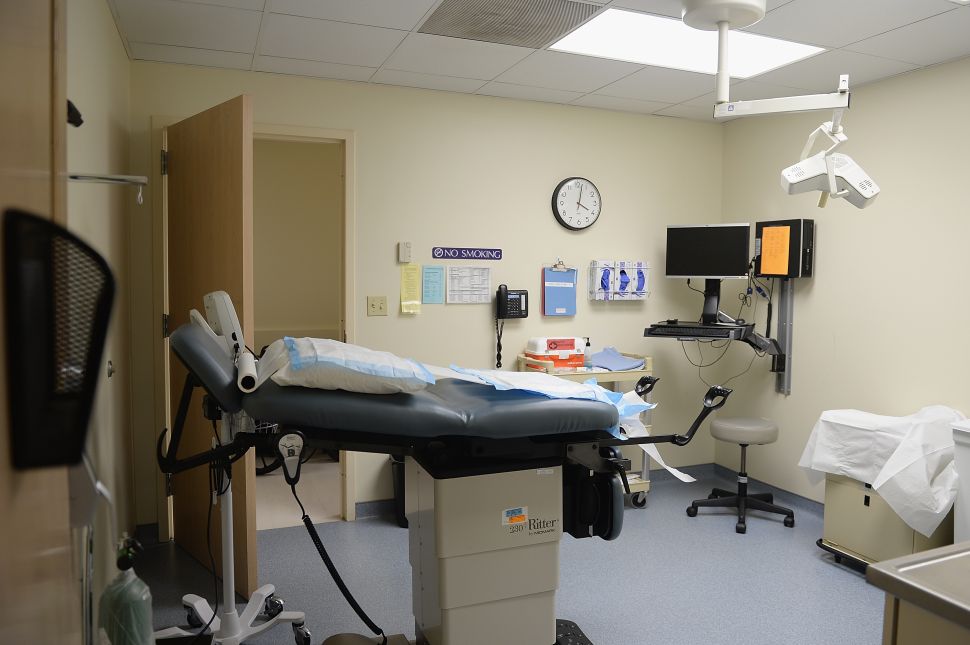