On Wednesday afternoon, Alabama Gov. Kay Ivey signed into law a bill, sent to her desk by 25 men, that functionally prohibits a woman from terminating a pregnancy.

At least some architects of the “Alabama Human Life Protection Act” hope that a legal challenge will reach the Supreme Court, where conservative justices appointed by Donald Trump will vote to overturn Roe v. Wade and, perhaps, prevent other women from making decisions about their health. But for Ivey, the bill is not political but metaphysical, “a powerful testament to Alabamians’ deeply held belief that every life is precious and that every life is a sacred gift from God.”

That was Wednesday. The very next day, on Thursday, the State of Alabama—of which Ivey, whose stated ideology is pro-life, is the chief executive—was scheduled to execute Michael Brandon Samra, a convicted murderer who confessed to slitting the throat of two young girls in 1997, a heinous and appalling act.

There was only one person on Earth with the power to save Samra’s life—a sacred gift from God—or keep him in prison for the rest of his days to ponder the meaning of his act. That person was Kay Ivey, the pro-life governor of Alabama. According to the Associated Press, on Thursday, Ivey rejected an appeal “for mercy.”

Barring divine intervention, Samra—a human, who can feel pain and regret for what he did and who has expressed remorse—will die by lethal injection at 6 p.m. on Thursday, the seventh person the State of Alabama will put to death during Ivey’s term as governor, The Los Angeles Times noted.

Statistically speaking, his death will please almost nobody. Only about 2.5 percent of murder victims’ family members feel “closure” after their loved ones’ killers are put to death, and almost 10 times that number—20.1 percent—report that executions do not aid the healing process and may even complicate existing trauma, according to a recent study.

There is no data to suggest that the death penalty prevents future murders; in fact, decades of data, a “massive amount of evidence,” demonstrates exactly the opposite, as researchers from Dartmouth College observed. “I yield to no one in the depth of my distaste, antipathy, and, indeed, abhorrence, for the death penalty,” former Supreme Court Associate Justice Harry Blackmun wrote in a 1972 opinion. “That distaste is buttressed by a belief that capital punishment serves no useful purpose that can be demonstrated.” Blackmun was a Nixon appointee.

This is to say that the act of Alabama killing Samra will accomplish the end of Samra’s life, and nothing more aside from, perhaps, a measure of grim satisfaction among Alabamians who like the death penalty. According to national polling, support for the death penalty is at a 45-year low. God giveth, Kay Ivey taketh away.

Abortion data from last year is not available, and not every area reports abortions, but in 2015, there were 638,1696 “legal induced abortions” reported to the federal Centers for Disease Control and Prevention. The states that continue to put people to death do have something in common: lawmakers who are in constant competition to outdo Alabama for the title of “the country’s most restrictive abortion laws.”

If you think abortion is never medically necessary then you are okay with women dying or being maimed by a surgery they could have avoided. You need to OWN that position to enter any discussion about abortion.

What does abortion have to do with execution? Arguably, nothing. An abortion is a medical procedure that terminates a pregnancy. Whether a fetus is alive or not is a matter of debate, medical and philosophical, but mostly metaphysical. An execution is a legal procedure—well, usually—that ends a human life as punishment for a transgression. Whether a human sentenced to death is alive is not a matter of debate. Whether it is moral or just is a philosophical quandary, but the fact that executions do not “work” is quantified by social science.

There are some entities, like the Catholic Church, that are consistently pro-life and say that abortions and executions are both bad, that life is a gift from an entity described as “God” and that nobody should perpetrate either. That is not a view shared by Ivey and the 25 male Alabama senators who want to exercise power over the lives of women—some of whom will now seek abortions in unsafe conditions, thus endangering their lives—on the grounds that life is sacred, while deciding that the lives of other human beings aren’t quite “precious” or “sanctified” enough to snatch away. That is a very powerful testament. 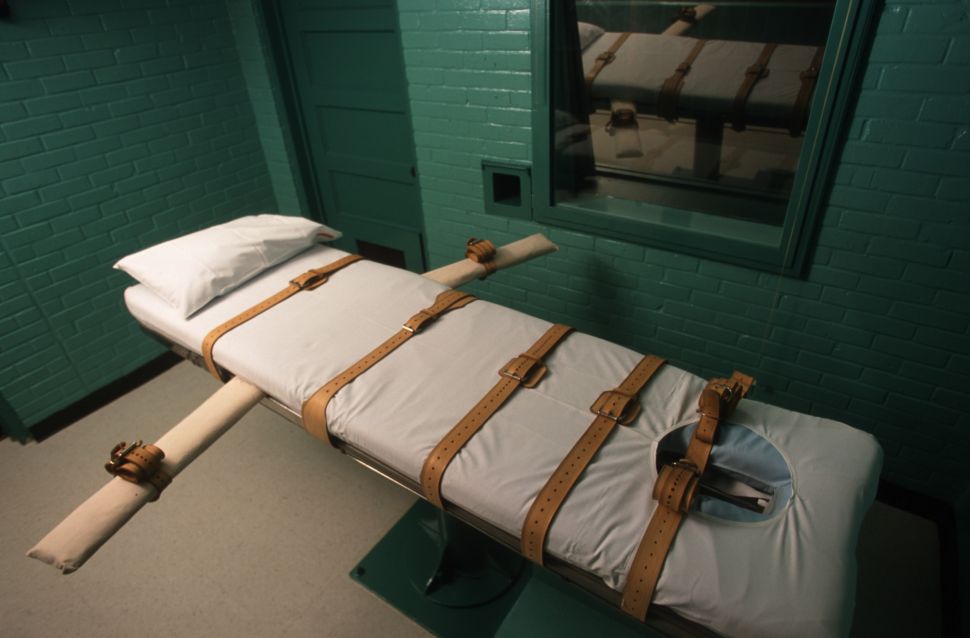