This weekend marks the premiere of Aladdin, an enjoyable—if flawed—theatrical escapade that may mean more to Disney’s future than it does to its audience. But beneath the movie’s Technicolor rainbow and its distilled Broadway vibes lurks the Big Important Question: What is Will Smith, really?

If he’s the meticulously crafted movie star of the Y2K era, is there any room left for someone else? Against the backdrop of his swelling 30-year-career, his strong yet familiar performance as the Genie in Aladdin—and his project selection in general—makes you question whether the Fresh Prince has ever truly been concerned with the different shades of success.

For millennials, Smith has always been sacrosanct thanks to his oversize charm, high-wattage smile and expertly curated brand of celebrity. He’s less a performer and more a master of the charm offensive—a high-impact collision of organic charisma and camera-readiness. Even his personal brand—a happy-go-lucky family man who’s quick with a joke—is tailor-made for endlessly positive headlines.

But let’s be honest: The last decade-plus of his career has been defined by lousy commercial successes, decent-ish commercial failures or out-and-out misfires. Rotten Tomatoes is hardly the final authority when it comes to a film’s quality, but it’s surprising that a Will Smith movie hasn’t crossed 70 percent in more than 20 years. To Generation Z, he isn’t the erstwhile-rapper-turned-sitcom-star-turned-global-pop-culture-godfather. He’s just Jaden’s Dad.

We always conflate presence and magnetism with something innate—it’s like a naturally occurring phenomenon. Yet Smith’s career has been driven by arguably the most formulaic and battle-tested strategy ever deployed in modern Hollywood. While speaking to The Hollywood Reporter in 2015, he explained how his approach to stardom evolved from its embryonic stages.

“I said to [manager James Lassiter], ‘I want to be the biggest movie star in the world.’ And he said, ‘Okay. Well, let’s figure out what that means.’ And he went and got the top 10 movies of all time, the list of the top 10 movies of all time at the box office—top 10 box office successes—and we also looked at them, adjusted for inflation and views versus dollar value. Also, we looked at all the different variations. What we found is at the center, there were always special effects…there was always creatures, there was always a love story. So we started looking for movies that had special effects, creatures, and a love story.”

With that in mind, here are the past five films Smith has made: Bright, Collateral Beauty, Suicide Squad, Concussion and Focus. In other words: a $100 million fantasy drama for Netflix full of creatures, a high-concept romance drama, a superhero movie, a biopic and a romance crime thriller. And here are the next five films Smith has on the horizon: Spies in Disguise, Gemini Man, Bad Boys for Life, Bright 2, Bad Boys 4. Or: an animated blockbuster, an action blockbuster, and three blockbuster sequels. Noticing a trend?

If it wasn’t evident before, Smith has fully embraced his destiny as the spectacle-driven action-blockbuster successor to Tom Cruise. There’s nothing wrong with that—no movie star of the past three decades has mastered the ins and outs of pure seasonal entertainment like Smith. You’re clearly doing something right when your films have grossed nearly $8 billion worldwide. As the man himself rapped last year, “Everybody wanna do Will Smith numbers/I don’t know if your life got that many summers.”

Yet there have been brief respites throughout Smith’s career in which something else seemed to peek out from underneath the all-consuming shadow cast by his star. In 1993’s Six Degrees of Separation—Smith’s first major movie—he plays a gay con man. This was a massively risky departure at the time of its release (and it would still be today perhaps) for someone entrenched in the hip-hop community and someone attempting to cultivate a pure-bread brand. But it worked, at least in terms of what it did for Smith’s reputation as an actor.

Other ventures that fell outside the parameters of his typical quarry were Robert Redford’s ill-fated and controversial The Legend of Bagger Vance and Michael Mann’s inflated Ali. Though the latter would score Smith his first Oscar nomination, it didn’t fully derail him from his own pursuits. As he told New York magazine, “Like for Best Actor Oscars. Almost 90 percent of the time, it’s mental illness and historical figures, right? So, you can be pretty certain of that if you want to win—as a man.” Even when Smith bucked a trend, it was more of a calculated gamble than him just laying his cards on the table.

Since then, he’s grown exceedingly risk-averse. He infamously turned down the lead role in Quentin Tarantino’s Django Unchained. Angry slave who doesn’t kill the bad guy doesn’t really mesh with Smith’s “Happy Meal for Adults” vibe; he said he wanted the film to be “a love story.” Oscar-winner Ang Lee is the most notable filmmaker Smith has worked with in ages, yet their upcoming collaboration, October’s Gemini Man, looks to be another gimmicky actioneer in which Smith plays a hitman and his younger clone.

Aside from the occasional passion project, the actor has never really attempted to rebound from the back-to-back misses of Bagger Vance and Ali (his career-best work in The Pursuit of Happyness notwithstanding) or seek out auteurs behind the camera that push him—”Directors make movies/I make directors,” he also rapped. Instead, he’s largely eschewed prestige in favor of the relative comforts of his tried-and-true methodology. Peruse his IMDb page and it becomes apparent that he hasn’t taken a real plunge in decades.

Smith has always succeeded in globalizing his appeal, translating a single emotion into multiple languages and cultures while still managing to maintain his relatability. It’s why he’s a worldwide superstar. But as his 51st birthday approaches later this year, we’re left to wonder if the curiosity that once briefly drove him beyond his systematic conquest of Hollywood is still in there somewhere. It’s hard to believe someone so preternaturally talented and intelligent doesn’t still possess a small flicker of genuine artistic hunger.

Is Will Smith destined to conclude his career as a Movie Star, a warrior from a bygone era going out on his shield or—God forbid—a people-pleasing blue dude who lives in a lamp? 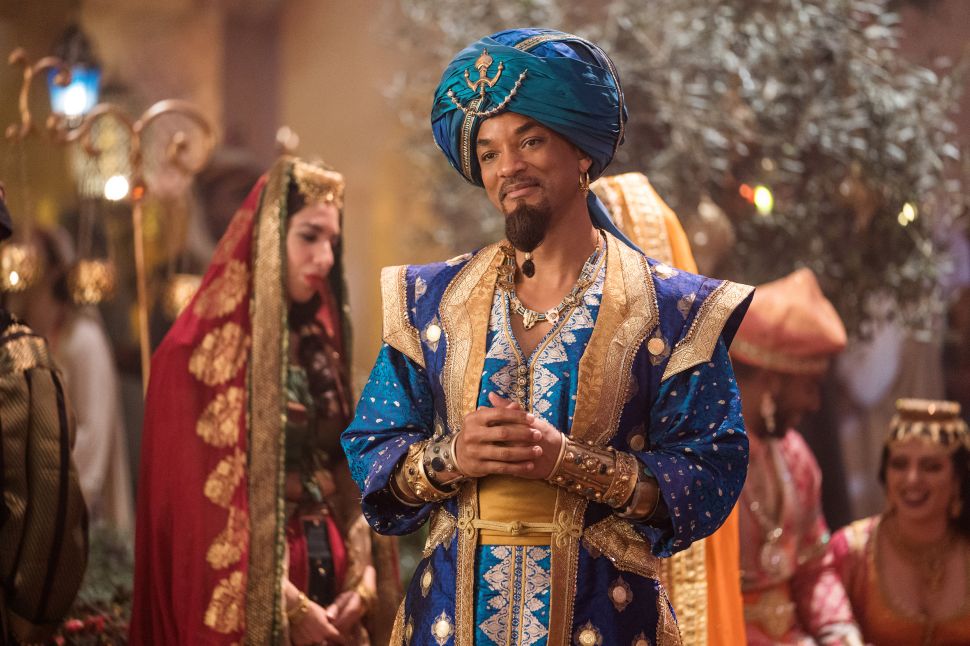