The opening weeks of the ABT season at the Met have been a love-fest between the company and its Artist in Residence, Alexei Ratmansky. And between me and Ratmansky, too, only he doesn’t know about it. Just when I feared that classical ballet was exhausting itself, he came along and gave it the push it needed, and ABT was there to make it possible for him to do it: ballet—unlike modern dance—needs robust institutions in which to flourish.

In the twentieth century Balanchine extended the possibilities of ballet, using the past as a springboard to the future. What Ratmansky has been focused on is going back into that past and restoring it to itself, re-energizing, with varying degrees of success, The Sleeping Beauty, The Nutcracker, Swan Lake, Cinderella, The Firebird and more. Most recently, he’s turned his attention to Petipa’s Harlequinade, and whereas Balanchine’s 1965 production looked like a brilliant reconsideration of the ballet, Ratmansky’s version, now a year old, looks like what we imagine Petipa’s looked like. And it’s a joy.

The Columbine I saw was Sarah Lane, now fully secure in her steely technique while projecting a charm exactly appropriate to this not-quite-human commedia dell’arte figure. No surprise. The big surprise was the out-of-nowhere Carlos Gonzalez as Harlequin. (Actually, he’s a recent corps member, from Madrid.) This was not the virile, sexy Harlequin of Balanchine’s Villella (or, later, Baryshnikov and Stiefel) but a model of youthful, tender elegance—of exquisite classicism. His comportment, his plastique, were ravishing. Yes, Ratmansky’s Harlequinade goes on a little too long as wave after wave of corps dancers and kids from the ABT school swirl back and forth across the stage, and back and forth again, but I’m not complaining. Now we can fully perceive Petipa’s intentions, and can only hope that American audiences—thinking they’re in for another boy-girl romance like Coppélia—don’t resist the unsentimental strategies of commedia dell’arte.

We were given glimpses of a number of other Ratmansky works for ABT, including a full week of the elaborate, expensive Whipped Cream, which leaves me feeling the way too much whipped cream does—glutted. We had the pleasing Songs of Bukovina, the much-admired Serenade after Plato’s Symposium (looking a little undernourished in the absence of the sidelined Herman Cornejo), and the choreographer’s first piece for the company, On the Dnieper, a drawn-out drama of mismatched couples that lacks resonance, since we’re never emotionally invested in Sergei, Natalia, Olga and “Olga’s fiancé” who doesn’t even rate a name.

The big event was the premiere of The Seasons, a long, full, thrilling work to Glazunov’s resonant score. Here was a demonstration of Ratmansky’s inexhaustible capacity for dance invention. He not only has a talent unrivalled among post-Balanchine choreographers for moving large groups around in exciting and unforced formations—a reflection of his deep immersion in Petipa—but his moment-to-moment inventiveness for individual dancers is unparalleled today. So much is taking place that sometimes you don’t know where to look, and yet everything seems relaxed, easy. There’s so much to absorb that a second viewing is almost a new experience.

Daringly, although we begin with Winter and follow with Spring, soon thereafter the seasons begin to merge into each other in startling and satisfying ways, and so the ballet builds organically to a rousing finale. But earlier, in the Summer sequence, Ratmansky slows everything down for an extended pas de deux—a rhapsodic joining of lovers that is pure beauty, heart-stopping in the way of Ashton’s great love duets: The Dream, La Fille mal gardée, Sylvia, The Two Pigeons, et al.

The Seasons is above all a company ballet, which is why I’m not touching on individual dancers or performances; it’s the final corrective to the calcified ABT tradition of star dancers in star vehicles. It gives endless opportunities to dancers on every level, scores and scores of them—a perfect training ground. It provides the audience with endless satisfactions. I wish I’d been able to see it more than twice, and can’t wait for its return. 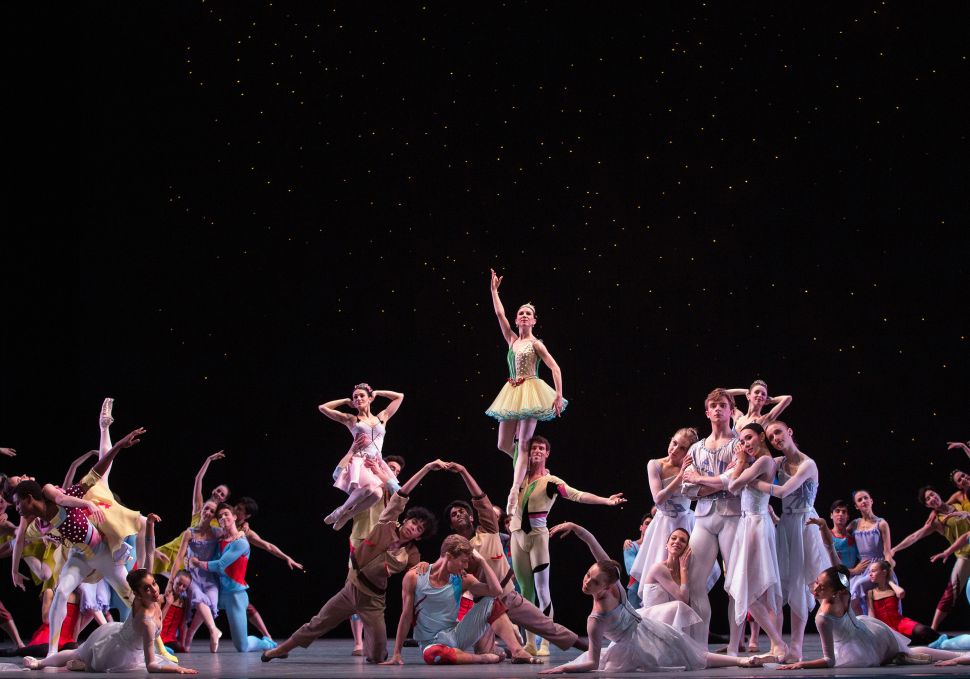