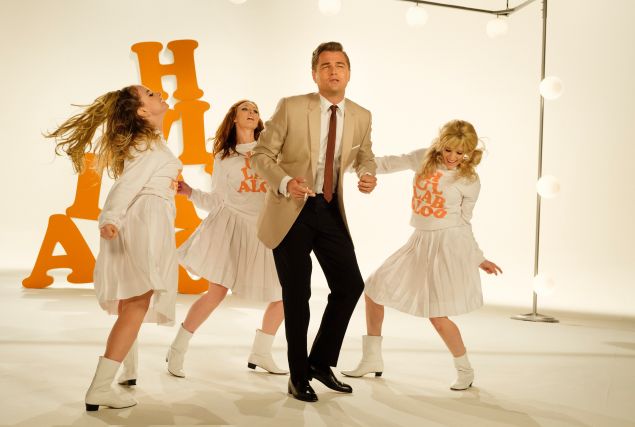 Once Upon a Time…in Hollywood. Columbia Pictures

Filmmakers got personal last week at Cannes, looking at themselves and mining their lives for inspiration and catharsis. Pedro Almodóvar literally dressed up Antonio Banderas in his own clothes. Abel Ferrara has Willem Dafoe playing house with his wife and child. And Quentin Tarantino basked in the Los Angeles of his youth. Maybe Alfonso Cuarón’s Roma set off a new trend: cinema as confessional box.

The ultraviolent director of Kill Bill and Django Unchained shocked everyone with his latest—mainly because it’s his least shocking movie. There’s actually no real bloodshed until its (very bloody) climax. Instead, the memory piece is a surprisingly melancholic, sweetly elegiac ode to the pop-culture universe that turned Tarantino into arguably the hippest mainstream movie director on earth. “To me, it’s a sort of film for him about coming home,” said Leonardo DiCaprio, who costars with Brad Pitt, during the press conference. “I don’t know how else to describe it.”

“This is me,” said Tarantino in a just-published Esquire interview. “This is the year that formed me. I was six years old then. This is my world. And this is my love letter to L.A.”

Almodóvar’s Pain and Glory is just as revealing, a deeply moving meditation on coming to terms with the past. The Oscar-winning Spanish director enlisted countryman Banderas to play Salvador Mallo, an internationally celebrated but creatively exhausted auteur suffering from a medley of chronic ailments. Salvador’s impulsive decision to try heroin triggers all sorts of memories, as well as a troubling switch from his prescription opioids. But it also makes him revisit his childhood, and sparks a cascade of serendipitous events that lead to many surprises, including the arrival of an old lover back into his life. 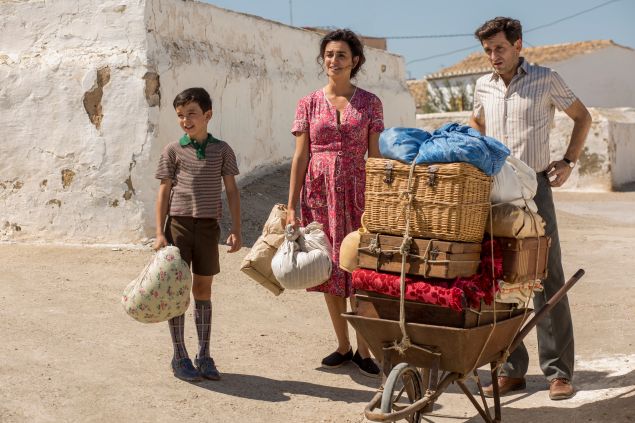 Aside from making Banderas look uncannily like a twin brother, Almodóvar also had his production designer create an exact replica of the director’s sumptuous Madrid apartment, with all its delightfully eclectic decorations and works of art. But, he insisted, this is not auto-fiction.

“Please, don’t take the film literally,” said Almodóvar to the press after Pain and Glory debuted at Cannes. “That’s very important. It’s not ‘Pedro did this, or did that.’ There’s the whole part of fiction in the film. But what’s true are all the themes we deal with: the family, the mother, the desire, the work creation, childhood. All the themes represent me.”

“I don’t think the film deals only with addiction,” added Banderas. “I think it also deals with reconciliation, the circles, the spaces that have been left open in our lives and that we have to close, with our family, with our lovers, with cinema. And maybe that’s why people relate to this film so much, because they all have this experience of pain in their lives. And that’s what the film shows.”

Abel Ferrara goes even further than Almodóvar: he literally shot his new film, the intimate character study Tommaso, in his very own apartment. And he also cast his wife Cristina and daughter Anna as the wife and daughter of the troubled titular director (played by Willem Dafoe). Tommaso depicts the autumnal chapter of an older American filmmaker who now lives in Rome, juggling Italian lessons, AA meetings, and preproduction on a new movie. But he’s also struggling to be a family man to a young bride and three-year-old girl—all of which perfectly describes Ferrara’s own life over the past few years.

If you ask Abel, though, it’s definitely not autobiographical. “It is what it is,” he told Observer during a beachside interview. When I tell him the film is so incredibly moving precisely because it feels like his most personal, most vulnerable work, he demurs. “I’m glad you’re saying all that, but this is Tommaso, you know? I’m watching that film, I don’t see me. We were able to create this character. It’s not Willem, it’s not me. I mean, yeah, it’s my house. But it’s not, like, me.”

Tommaso mixes documentary-style moments of quotidian life with heightened fantasy scenes of surrealistic power. But it also includes long, quiet monologues about physical addiction, emotional regret, and romantic longing that make this film much more than an easily-dismissed exercise in naval-gazing. “That’s the point of any film,” said Ferrara. “You gotta find that. No matter how scripted it is, no matter how many storyboards, no matter how built it is. In front of that camera, it’s gotta be real.”