For more than a year, President Donald Trump has claimed that imposing higher tariffs on China, the U.S.’s largest trade partner, will close this country’s trade deficit at the cost of the Chinese. Just this month, the president has tweeted, “For 10 months, China has been paying tariffs to the USA” and putting “over $100 billion a year in tariffs filling U.S. coffers.” However, a new study by the International Monetary Fund (IMF) suggests the truth may be the exact opposite.

The IMF study, released Thursday, found that the tariff revenue collected “has been borne almost entirely by U.S. importers.”

“Some of these tariffs have been passed on to U.S. consumers, like those on washing machines, while others have been absorbed by importing firms through lower profit margins,” said the study report co-written by IMF chief economist Gita Gopinath.

Moreover, the IMF found that trade activities between the U.S. and China had been declining in the past year due to tariffs, but the bilateral trade deficit remained “broadly unchanged.”

Putting IMF findings into more concrete numbers, a separate report from the Federal Reserve Bank of New York on Thursday predicted that the most recent 15 percent tariff increase on $200 billion of Chinese goods will result in an annual cost of $831 per American household.

Washington’s tariff hike prompted Beijing to retaliate immediately, raising tariffs on $60 billion of U.S. goods. Since then, President Trump has threatened to raise tariffs on an additional $300 billion in Chinese goods, including clothing, toys and mobile phones. If implemented, the measure will hurt U.S. consumers greatly as importers run out of room to absorb higher procurement costs.

“Consumers in the U.S. and China are unequivocally the losers from trade tensions,” the IMF report concluded.

In recent weeks, Walmart, Macy’s and a consortium of 173 footwear retailers including Nike and Adidas have warned their customers of possible price increases if the Commerce Department slashes further tariffs on China.

“We are going to continue to do everything we can to keep prices low. However, increased tariffs will lead to increased prices for our customers,” Walmart’s chief financial officer, Brett Biggs, told reporters last Thursday after the company reported its first-quarter earnings.

“While the impact on global growth is relatively modest at this time, the latest escalation could significantly dent business and financial market sentiment, disrupt global supply chains, and jeopardize the projected recovery in global growth in 2019,” the IMF report noted. “This type of scenario is among the reasons why we referred to 2019 as a delicate year for the global economy.”

Last month, the IMF cut its forecast for 2019 global growth from 3.6 percent to 3.3 percent, citing trade tensions between the world’s two largest economies. 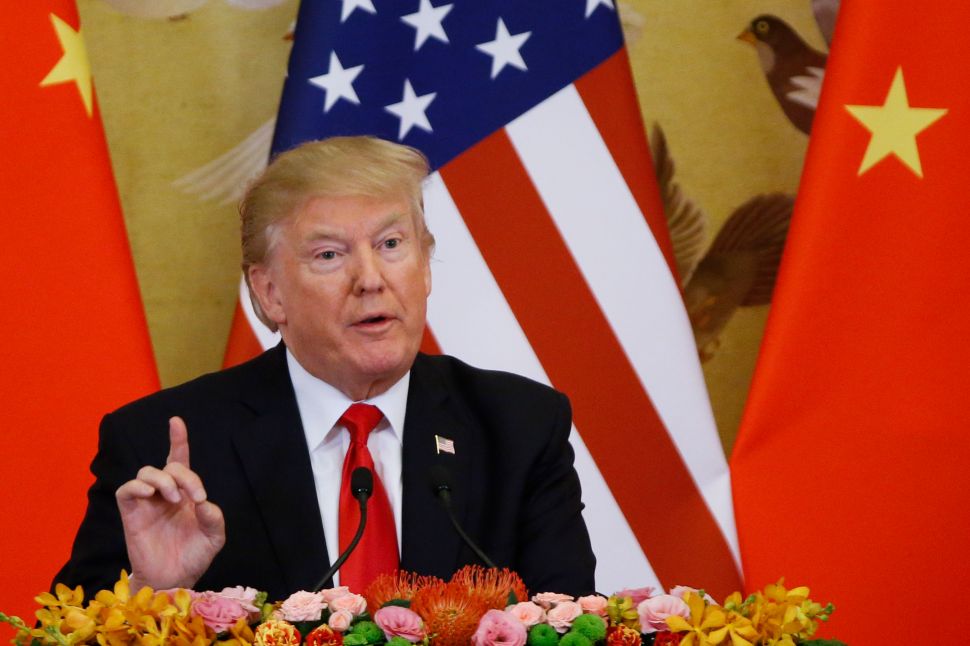