John Walker Lindh, was released from prison last week—after serving 17 years behind bars. In 2001, Lindh was given the moniker the “American Taliban,” when he was captured on a battlefield in Afghanistan. He was later convicted of providing support to the Taliban in 2002.

The conviction of Lindh is definitely the product of a different era. He was the first American to face charges in President George W. Bush’s “War on Terror” in the aftermath of the 9/11 attacks. Lindh, who grew up in an affluent suburban family, was being charged with treason. He was 20 years old when he was captured.

To most Americans in 2001, it was unfathomable that a kid from a well-to-do family would convert to Islam, leave home at 19, travel to Yemen to study Arabic and memorize the Koran, and eventually fight alongside a militant fundamentalist group.

Lindh eventually ended up in northwestern Pakistan where he became a foot soldier in the Taliban. He maintained that he never intended to fight against Americans and said his aim was to help the Taliban fight its internal enemies and protect their Islamic state.

Lindh was seen as the face of terror.

In the chaos and anger after 9/11, Lindh became the poster boy of the Fox News-watching community—as the person who’d they’d most like to see Sean Hannity punch in the face.

Lindh was viewed as the vile result of what can happen to America’s youth when they are raised in such liberal enclaves as Marin County, California (just outside of San Francisco). In 2002, former President George H. W. Bush referred to Lindh as: “Some misguided Marin County hot-tubber.” Bush Sr. later apologized to both Marin County and the hot-tubbing community (funny to compare how you’d think Trump would react), but the former president’s comments cemented  the controversy surrounding the American Taliban case.

Though he was an American and entitled to constitutional rights, Lindh’s capture was a test of the Bush administration giving itself the authority to detain some Taliban members as enemy combatants to whom the laws of war did not apply.

After his capture, Lindh was sent to Camp Rhino in Afghanistan—where he was stripped naked, restrained on a stretcher, blindfolded and placed in a metal shipping container. His guards refused to release him when he needed to urinate; instead, they propped the stretcher into a vertical position. Military personnel threatened to shoot or hang him; soldiers would scrawl profanity across his blindfold and take photographs of themselves with him (shades of Private Lynndie England and Abu Ghraib). Even after two weeks in U.S. military custody, Lindh suffered from shell fragment wounds, frostbite and dehydration.

Further, Lindh was told that he had waived his right to legal counsel. Through harassment and deprivation, he was coerced into signing away his right to legal assistance. Lindh only received his constitutional rights—after two months of being held by U.S. military authorities.

Lindh was initially charged with conspiracy to kill U.S. nationals, but later struck a deal with prosecutors and pleaded guilty to fighting alongside the Taliban. The deal was offered, in part, by prosecutors to prevent the public from hearing details of Lindh’s mistreatment at the hands of the U.S. military.

“I honestly believe that if [Lindh] had been tried later… he might have gotten a lower sentence,” Karen Greenberg, the director of Fordham Law School’s Center on National Security told The Atlantic. “From the day of his capture, the amount that he took on that was beyond any kind of facts that ever came to light is extraordinary.”

So, last Thursday, Lindh walked out of a federal prison in Terre Haute, Indiana—with three years knocked off his sentence for good behavior.

Meanwhile, Fox News is already calling for Lindh to be sent back to prison. 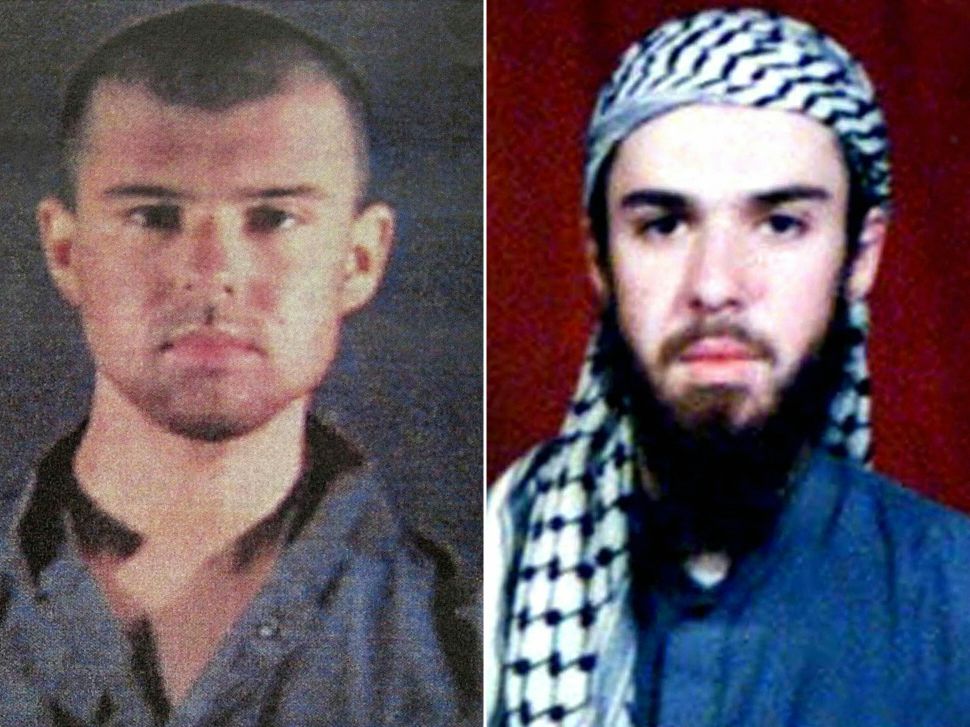