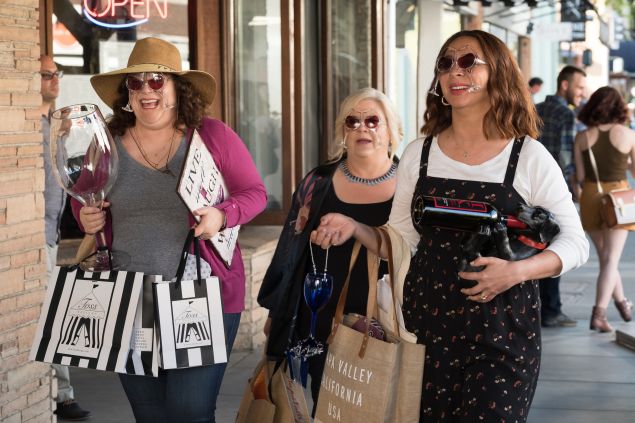 Early on in the new Netflix comedy Wine Country, several members of the ensemble note that most folks assume that when a group of women get together for a few days, they are going to spend the whole time either A) fighting or B) crying.

Seeing that these assumptions are influenced by how female friendships are portrayed onscreen, it was a bold choice for the film to put itself on notice so early on. Would Wine Country be able to wring a movie’s worth of laughs out of six old friends reuniting in Napa County to celebrate a 50th birthday without the fur flying or waterworks?

Not exactly—these women certainly get on each other’s nerves. This especially true of Abby (Amy Poehler), a control freak who has planned the itinerary down to the last sip, and Rebecca (Rachel Dratch) a therapist who refuses to turn her analytical mind on her own stuck in neutral life. Then there’s Naomi (Maya Rudolph), a mom of four who can’t stop bugging the entrepreneurial Catherine (Ana Gasteyer) for being on the cellphone negotiating deals when she should be joking around with her friends. And as lessons are learned during a final act that’s considerably less rollicking than the rest of the film, tears do begin to flow.

But that doesn’t mean that Wine Country—a film that serves both as Poehler’s directorial debut and a reunion of many of the performers and writers from her time as a Saturday Night Live cast member—has a reductive view of friendship among women.

Buried beneath its furious, catch-as-catch-can approach to humor (Wine Country never met a joke it didn’t like), the film is a moving and nuanced portrayal of how difficult it is to be open and vulnerable even to those who love us utterly and without apology. It may proffer fart jokes and pratfalls, but it also has profound and insightful things to say about what it is that keeps old friends returning to each other, even after the inside jokes are exhausted—and the limits of those bonds.

The film ends up being a particular showcase for the least well known of its group players. This includes Paula Pell (AP Bio), as a lovelorn vintage furnishings shop owner who, in one hilarious scene, gifts each of her comrades with a dildo that fits their individual needs and personality, and Emily Spivey (who also co-wrote the script with Liz Cackowski) as a shut-in horrified to have to sleep on the strange looking bed spreads of their deluxe Airbnb. Rudolph is her typically comedy howitzer self, professing her undying devotion to Prince in one moment, tumbling off an upright piano the next.

The various bumpers that these six pinballs bounce off of include Jason Schwartzman as a Blink 182-loving houseboy and Tina Fey as the self-reliant widower and edible soap maker who owns the house in which the women are staying. (It may take place in Northern California but it feels more like heaven as envisioned by Nancy Meyers). Add to them a gaggle of over-confident millennials and wine country snobs who want to recite a treatise on the Cab Sav they swill when all these ladies want to do is get blotto.

Unsurprisingly for a film that features so many talented writers among its cast, its approach to humor is to buy in bulk; the half-dozen gags that fall are overshadowed by the two-fold that are gangbusters. This, however, contributes to tonal issues when the film must downshift dramatically once the women are forced to confront health issues and air various grievances. It’s also troubling that these characters, some of whom are recently unemployed or don’t seem to have jobs at all, hardly mention finances during a vacation that most of us would have to sell off Facebook shares to afford.

Issues of class and tone aside, Wine Country ends up delivering a healthy, heady buzz by virtue of the palpable bond that these women clearly share both on screen and off. It’s a profoundly silly film about a deeply serious subject: those singular friendships that sustain us even when we are too busy or neurotic to give them the care they deserve. 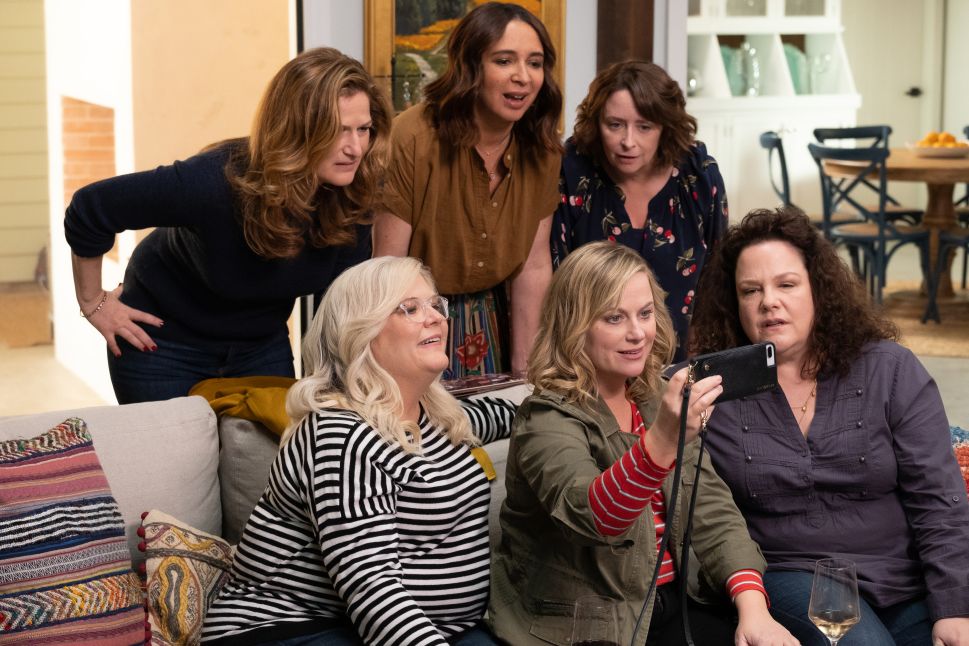