Most people know of Annie Lennox for her voice, with an Oscar and Grammy award-winning career as a solo artist and as one half of The Eurythmics. Many people know also know Lennox for her activism, campaigning for aid to help stop the spread of HIV in southern Africa and speaking on issues of feminism. But only those who visit her new exhibition at the Massachusetts Museum of Contemporary Art (Mass MoCA), called “Now I Let You Go,” will get the opportunity to know Lennox through hundreds of her personal artifacts.

The exhibition, now open to the public, displays Lennox’s personal collection of found objects, memorabilia and personal effects partially buried within a large earthen mound. An idea, she says, that came to her after being unable to let go of her daughters shoes.

“I’m a magpie of sorts—but not a serious collector,” Lennox explained to Observer. “I’ve always held a certain fascination for found objects. Anything you find in junk shops, flea markets or thrift stores. I’m drawn to the flotsam and jetsam of life: old photographs, second-hand books, tea cups and saucers, costume jewelry, whatever. Any object that comes from the past seems to contain an essence of its time.”

Lennox approached Joe Thompson, Mass MoCA’s director, with the installation concept after years of sitting on the idea and then visiting the museum’s vast space. He “completely understood” the concept from the first email, said Lennox.

Among the items, a medal that was awarded to Lennox’s father is the one closest to her heart. After years of the physically demanding work of a boilermaker in the local shipyards, Lennox explains that he suffered from “industrial deafness.”

“I have a silver medal he was awarded as a young man, but there’s no legible description, so I don’t know exactly what it was for, but I simply haven’t been able to part with it, as it seems too precious,” she said. “He used to sometimes mention that he ‘didn’t have a youth,’ which still makes me feel sad to this day.”

She also lists her mother’s sewing machine, her father’s practice chanters, a Sharp GF 525 radio double cassette tape player and recorder and a collection of her children’s toys, all included in the exhibition, as having deep sentimental attachment.

While Lennox is too versatile and creative to be boxed into any one creative category, she’s not looking to be a “career artist” but instead uses the physical installation to address concepts of existentialism, something her famous song “Sweet Dreams Are Made of This” is also charged with exploring. The exhibition forces viewers to consider their own relationship with objects, and the memories and nostalgia they can contain.

But looking forward, Lennox says she doesn’t like to make too many long-term plans. In terms of where you’ll see her pop up next, she mentions the women’s movement as a cause she’ll be actively supporting and highlighting in the future. “Each day I wake up and get out of bed with a sense of purpose is a good day for me,” she said. 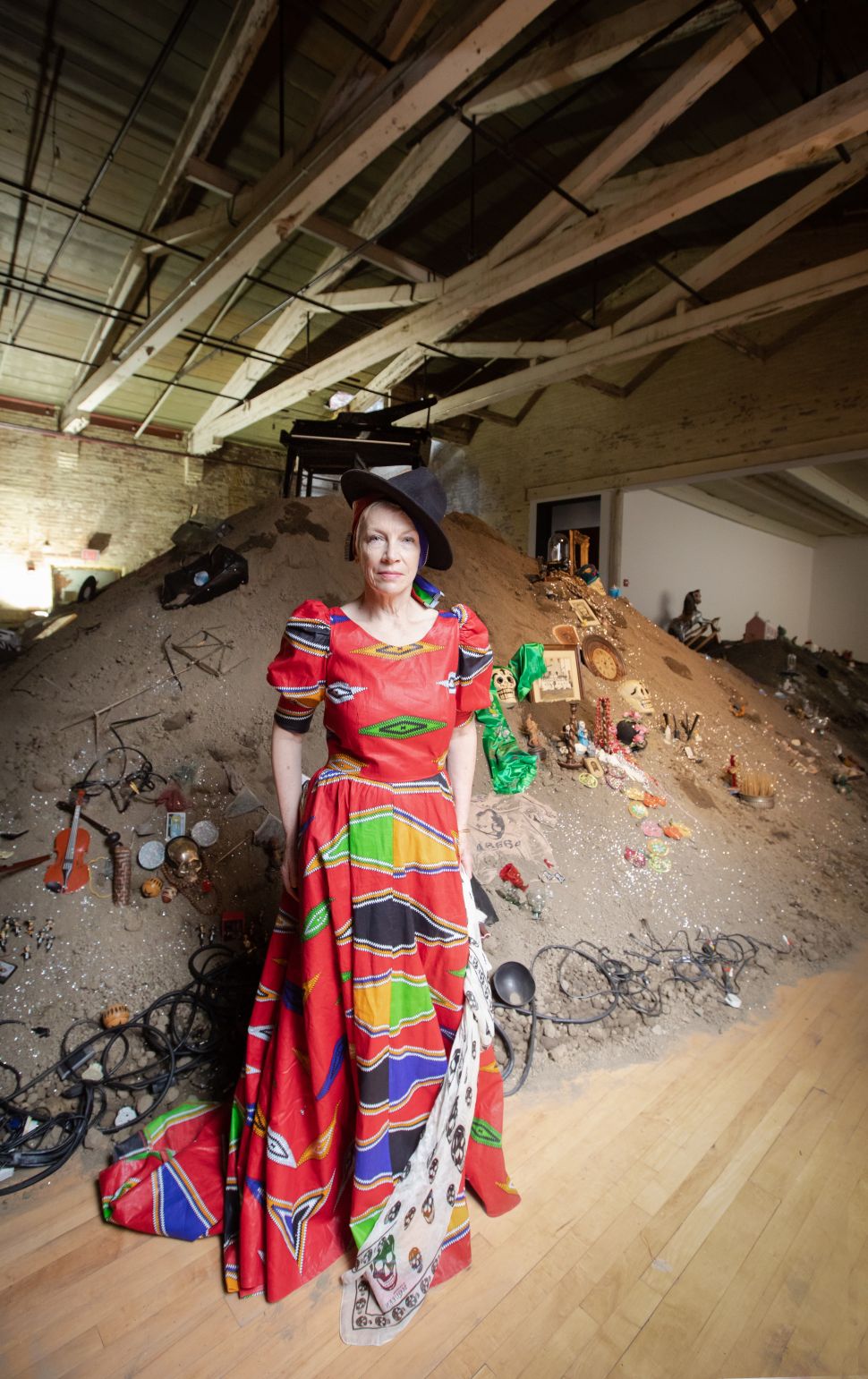